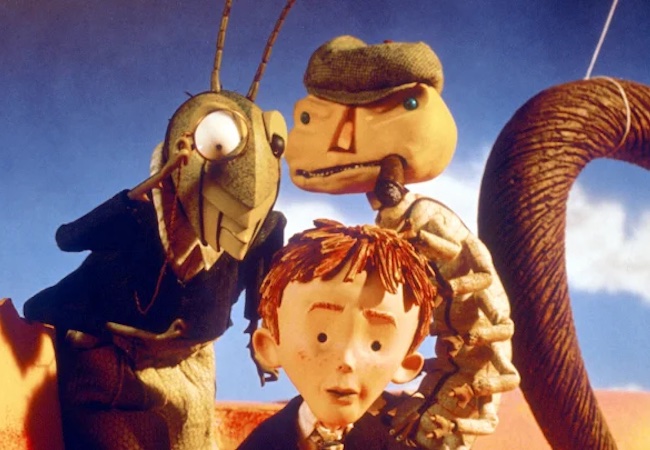 But First: If you followed the news in the ’90s, you are very familiar with the name Linda Tripp. But Impeachment: American Crime Story showrunner Sarah Burgess says she’s realized that many young viewers are learning about Linda Tripp for the first time. And she’s trying to be scrupulously fair.

Calm App: Variety exclusively reports that the meditation app Calm is ramping up its catalogue of content to help kids relax and fall asleep. The company already partners with Dreamworks’ Trolls franchise, and will offer new “Sleep Stories” based on Dreamworks’ Kung-Fu Panda and Illumination Entertainment’s Minions. It also offers audio narrations read by celebrities.

In Other Words: Fuck you, books! Hooray for no more wasted hours cuddling with your children as they tenderly turn the pages and learn to recognize letters and words.

See You at Cine Gear: MovieMaker will be at Cine Gear in Los Angeles this weekend. At 12:15 p.m. Friday in Petree Hall, we’ll hold a one-hour pitch session for MovieMaker Production Services, our program that doubles your film’s budget by leveraging our relationships with equipment rental facilities, post-production houses, and more.

Can’t Make It: All good, you can still learn about MovieMaker Production Services here.

Having It Dahl: Netflix has purchased the Roald Dahl Story Company and will expand an existing deal to create a Roald Dahl empire even bigger than a giant peach, Variety reports, without making that terrific giant peach joke. Deadline notes that the deal, for an undisclosed amount, will give Netflix access to the full catalogue of Dahl’s works. This will expand on a $1 billion deal between the companies in 2018. Among the Dahl project in the works is a series based on the world of Charlie and the Chocolate Factory, from Taika Waititi and Phil Johnston.

Wait, Are You Serious? I know, I know — “Roald” is an absolutely insane name. It’s apparently of Old Norse origin and means “famous ruler.”

David Simon Won’t Film in Texas: The Wire creator is working on a new script based in Texas, but won’t shoot there because of the state’s new abortion law. “I’m turning in scripts next month on an HBO non-fiction miniseries based on events in Texas, but I can’t and won’t ask female cast/crew to forgo civil liberties to film there. What else looks like Dallas/Ft. Worth?” he tweeted.

Response: The Dallas Film & Creative Industries Office (formerly known as the Dallas Film Commission), responded: “Laws of a state are not reflective of its entire population. Not bringing a production to Dallas (a big ‘D’) only serves to further disenfranchise those that live here. We need talent/crew/creatives to stay & vote, not get driven out by inability to make a living.”

Rebuttal: “You misunderstand completely,” Simon replied. “My response is NOT rooted in any debate about political efficacy or the utility of any boycott. My singular responsibility is to securing and maintaining the civil liberties of all those we employ during the course of a production … if even one of our employees requires full control of her own body and choices — and if a law denies this or further criminalizes our attempt to help her exercise that control, we should have filmed elsewhere.”

May I Editorialize? Haha no just kidding I’m terrified to editorialize about this.

But Seriously, Folks: The Texas “bounty” provision — which potentially turns everyone in the state into Walker, Texas Ranger — is obviously grim. But I’m wary of attempts by Hollywood to try to force states like Texas and Georgia to change bad laws by refusing to work with film professionals in those states who probably voted against those laws. (People in the arts tend to lean left, I think we can all agree.) Punishing people who are on your side feels counterproductive. As the Dallas Film & Creative Industries Office noted (see “Response,” above), Hollywood boycotts may incentivize liberal voters to leave red states, instead of staying to vote against bad laws. I understand Simon is making a different argument (see “Rebuttal”). But I think liberals would have an easier time changing Texas by moving there than by refusing to engage. And should stop with the circular firing squads.

Veruca Salt: Whenever we write about Roald Dahl I try to remind me that Veruca Salt is one of the best band names ever. If you followed music in the ’90s, you are very familiar with the name Veruca Salt. If you’re learning about them for the first time, enjoy this you lucky dog:

Main image, above: The 1996 Henry Selick film James and the Giant Peach, based on the beloved Roald Dahl “book” (a rectangular curiosity used as the basis of future streaming content and/or children’s apps).

Impeachment: American Crime Story Showrunner on Introducing Younger Generations to Linda Tripp
Monsters Inside: The 24 Faces of Billy Milligan Director Asks: ‘What About the Victims?’