Star Trek’s William Shatner Is Going to Space, and Twitter Has Thoughts 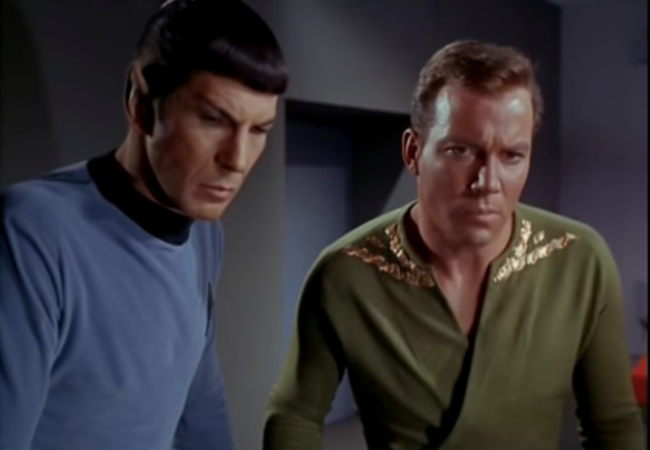 William Shatner, best known for playing Captain Kirk on the original Star Trek — and to a lesser extent, for doing a very memorable spoken-word cover of Elton John’s hit song “Rocket Man” — is officially going to space, and the denizens of Twitter have a lot to say about it.

Instead of the starship USS Enterprise, Shatner has been invited to climb aboard Jeff Bezos’ Blue Origin rocket for a quick 10-minute trip to space on Oct. 12, according to the Associated Press. Whether or not he remembers to say “Beam me up, Scotty!” as the spacecraft blasts off into the ether, the 90-year-old Shatner is still set to become the oldest person to ever go to space (the final frontier).

Twitter users were quick to chime in with their thoughts and congratulations on Monday.

Lynda Carter, the actress who played Wonder Woman in the 1975 television series, tweeted at Shatner, “Congrats, @WilliamShatner! If you really gets to go to space, I hope I can really figure out how to get an invisible plane.”

Shatner replied, “I have no doubt you will get that invisible plane, Lynda.”

The news of Shatner being “launched into space” was so widespread on Monday that one user commented that the way some headlines are phrased makes it sound like Shatner is simply being catapulted into space with no context.

“I like how the use of the passive implies William Shatner has no say in the matter,” the user joked.

“@WilliamShatner is going to space? My man! I guess this means I have to become a marine biologist,” Alexander tweeted.

Cue the many “The sea was angry that day, my friends,” memes.

Other users harkened back to Shatner’s pre-Star Trek days when he starred in a Twilight Zone episode titled Nightmare at 20,000 Feet as a man flying home after recovering from a nervous breakdown. When he looks out the plane’s window, he sees a gremlin man staring back at him — but every time he tries to alert another passenger to the strange creature on the wing, it disappears.

“They better get this guy out on the side of the rocket when william shatner goes up,” a user joked, along with a still from the episode of the gremlin looking in the window at Shatner.

Actor, broadcaster, comedian, and writer Stephen Fry was overjoyed to hear of Shatner’s next great adventure.

“This is … I mean … come on. This is … surely you agree. This is EVERYTHING,” tweeted Fry.

But whatever Shatner decides to wear to space, it better not be a red shirt.

For his part, NBC News anchor Aaron Gilchrist wished Shatner well, encouraging him to “boldly go” — where no man has ever gone before, of course.

But Mystic Pizza and Men in Black actor Vincent D’Onofrio might have said it best with a simple, “Wow! That’s amazing dude.”

You can scroll through all of the aforementioned tweets and more below — but first, for your viewing pleasure, here’s Shatner talk-singing “Rocket Man,” cigarette dramatically in hand, in 1978.

So I read that @WilliamShatner is going up into space on the 12th. I hope things don't get weird or what up there! pic.twitter.com/Wj4cpV7Tpy

they better get this guy out on the side of the rocket when william shatner goes up pic.twitter.com/NiFw1ToVcP

Capt. Kirk is going to space FOR REAL! I'm here for it. Boldly go, @WilliamShatner! 🖖 https://t.co/K39BpZJ3Lj

This is … I mean … come on. This is … surely you agree. This is EVERYTHING https://t.co/ReZbK8wEJf

@WilliamShatner is going to space? My man! I guess this means I have to become a marine biologist.

I like how the use of the passive implies William Shatner has no say in the matter pic.twitter.com/t0FBJA8JTm

I have no doubt you will get that invisible plane, Lynda.😉 👍🏻 https://t.co/Bz8merek7o

Venom Is Here to Save Us All; Bond Women; Dave Chappelle Returns
Heartland International Film Festival Celebrates 30th Anniversary With a Lineup for the Ages