Why We Like: Luc Besson’s Lucy Trailer
by Heidi Honeycutt 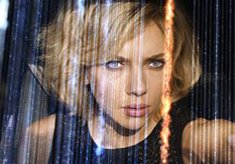 In our new online series “Why We Like,” MovieMaker editors break down a freshly-released trailer of an upcoming film we’re excited about. Today we’re spotlighting Luc Besson’s new action-thriller, Lucy, with a new muse (Scarlett Johansson) and a hyper-tense plot involving drug trafficking, unwilling drug mules, and science-fiction-style side effects that create superhero-like powers.

Why We Like It: Luc Besson does action like no other. The gritty characters, brutal fight sequences, and unabashed female stars of his films are uniquely appealing. Scarlett Johansson, who seems to be on a roll playing supernatural/superhuman characters lately (see: Jonathan Glazer’s Under the Skin), follows closely in the footsteps of La Femme Nikita‘s Anne Parillaud and The Fifth Element‘s Milla Jovovich, with striking scenes that show her kicking butt in classic Besson style.

Why We Don’t: There’s some CGI in this trailer might be too cartoonish. Yes, changing Johansson’s eyes to lizard’s eyes, snake’s eyes, and blue swirls is a cool effect that lets us know she’s metamorphosing into something less human and more amazing, but those type effects are gimmicks used far too often these days in bigger budget movies. Besson didn’t need computer-generated effects in his sci-fi epic The Fifth Element, but he seems to have hopped on the Hollywood bandwagon and made it a fairly large part of Lucy‘s storytelling.

Morgan Freeman costars as a scientist to whom Lucy turns for help understanding her dangerous transformation, but can his Oscar-winning presence add some much-needed grounding to Lucy’s complicated and erratic plot? We’ll have to watch the film when it comes out on August 8, 2014 to find out. Watch it below to decide for yourself what you like, and don’t like, about what you’ve seen so far, and tell us in the comments. MM