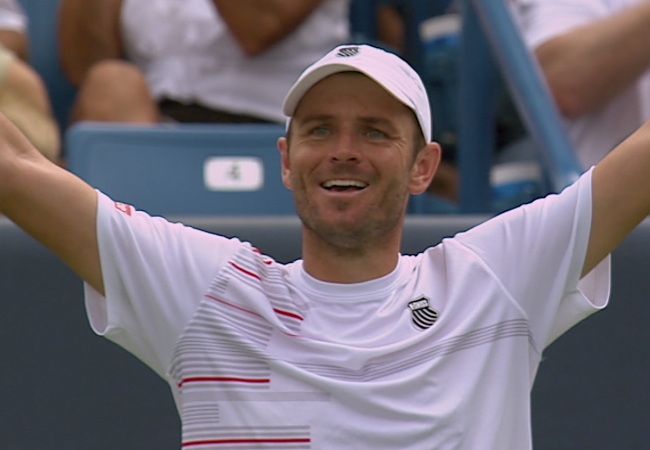 Retired professional tennis player Mardy Fish’s battle with mental health on and off the court is at the heart of the fifth and final episode of Chapman and Maclain Way’s Untold sports documentary series, Untold: Breaking Point.

In 2015, Fish penned a personal essay in the Player’s Tribune called The Weight, which detailed his experience with the anxiety attacks that lead to him withdrawing from a match against famed Swiss tennis icon Roger Federer at the 2012 U.S. Open. It was that very story that Fish says inspired the Way brothers to reach out to him — they were already acquainted through a mutual friend, fellow pro tennis player Sam Querrey — about making a documentary on his story. From there, the rest of the Untold series was born. And in Untold: Breaking Point, Fish opens up more than he ever has before.

The reason Fish speaks so openly about his struggle with anxiety, he says, is because it makes him feel better.

“It made me feel better when I talked about it. Even if I was just sitting here with you around a coffee and we just started talking about mental health, I would feel better about how I was feeling in that moment,” Fish told MovieMaker. “So part of it was to try and educate, part of it was to try and give someone a success story of being able to really hit rock bottom with mental health and come back. And not only come back, but come back to the place that took it all away from me.”

After bowing out of the Winston-Salem Open in 2013, Fish didn’t return to tennis again until 2015, according to ESPN. He retired that same year, ending his prestigious career at the U.S. Open. Today, he’s the captain of the U.S. Davis Cup team, a high honor in the world of tennis. And he’s highly qualified for the job — Fish knows as well as anyone that although tennis isn’t as physically taxing as sports like football or mixed martial arts, the pressure of being a one-man team takes an invisible mental toll. 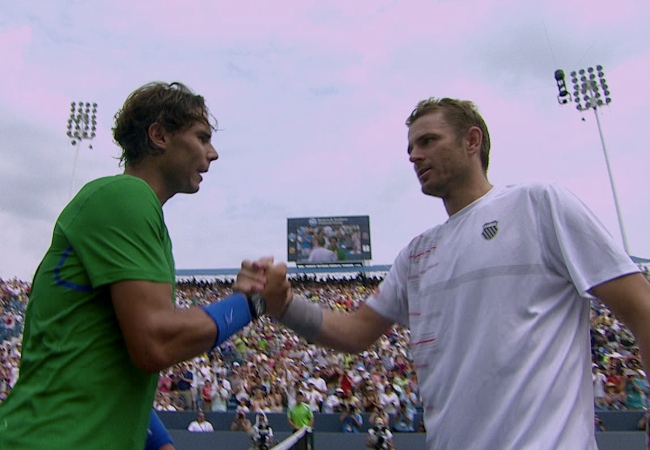 “I’m a male athlete from a noncontact sport, but a pretty gladiator-ish sport where when you leave the locker room, we’re all by ourselves. We have to figure out how to beat that person across the net and we don’t have any help doing it,” he said. “We’re out there all by ourselves in front of thousands of people in attendance.”

He attributes a strong support system to his ability to come back to the sport after walking away at the height of his career.

“It had taken months in 2012 in the summer to understand what was going on,” he said. “Having a support system, or a good support system or a solid foundation is so important in mental health… Just learning from every episode, learning from every situation, and growing from that is part of the main reason why I was able to sort of beat it and still continue to fight it and beat it on a daily basis.”

Nearly a decade has gone by since Fish walked away from Roger Federer in 2012. Now, he has some advice for young athletes — or anyone at all — who is struggling with their mental health.

“If you’re having those thoughts, those issues, panic, anxiety, depression, anything like that, there are ways to get around it,” Fish says. “There are ways to beat it. Getting a great doctor… having a support system in place to where you can be vulnerable and you can really tell people what you think and what you’re feeling and be open about it. That’s the most important thing.”

Untold: Breaking Point is out today on Netflix.