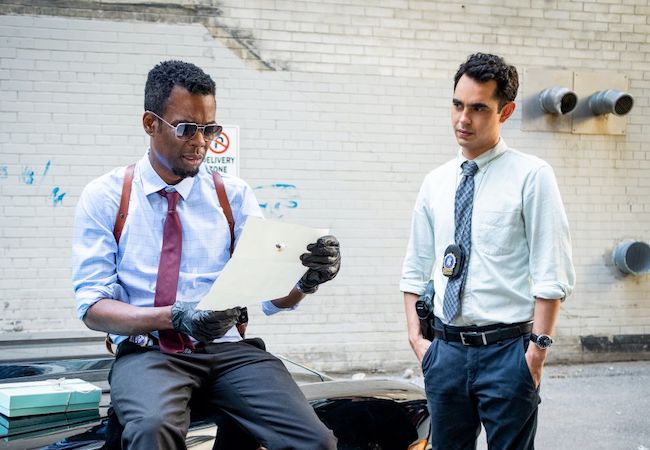 The biggest mystery of the Saw films may be where they take place. And that’s very much intentional, says director Darren Lynn Bousman, who returned to direct the new Spiral: From the Book of Saw after previously helming Saw II through Saw IV.

Spiral features Chris Rock as a detective dealing with some very well-designed murders in a city that resembles New York. Or is it Chicago? Or Los Angeles?

So where do the Saw movies take place? Or, put another way: What city is devoting way too much of its budget to cleaning up and disposing of sharp glass, wires, and springs?

You might have an easier time solving one of the films’ endless traps.

“There are rules that Dan Heffner, Mark Burg and Oren Koules as the film’s producers kind of have, and one of them is is that they never want to name the city it takes place in,” Bousman says. “And it became a thing in Saw 1, that [director] James [Wan] never named it, and it just became something that we did as well,” Bousman explains in the MovieMaker podcast, which you can check out on Apple or Spotify or here:

“There used to be a rulebook that was kind of posted when you walked into the production office, kind of jokingly. Those have all changed now with with Spiral, but it was like: no driving shots, no naming of the city, no license plates — it was a whole thing.”

What changed with Spiral?

“Now we’ve kind of thrown that all the way because we do driving shots. We are outside,” Bousman says. “But yeah, it was just part of the mystique of it, that we never named it.” 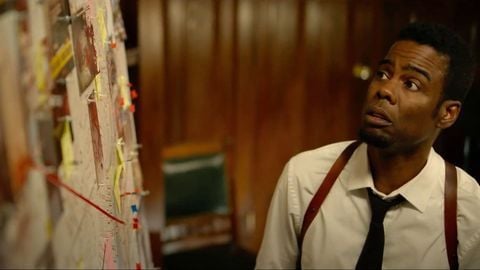 Chris Rock tries to solve some murders somewhere in Spiral: From the Book of Saw

He continues: “Now that said, a fun piece of trivia is, when you watch the movie, we did buy stock shots. And you’ll see I think we mixed the city as Philadelphia, Boston and New York. … I’ve had a couple of people that have reached out to me that have recognized the stock shots in the movie. … but yeah, we don’t put it on any police uniforms. It’s nothing like that.”

Of course, Bousman has become accustomed over the years to devoted fans analyzing every detail of his films — sometimes very closely.

“There was a Reddit discussion the other day where they saw a reflection in someone’s glasses, and they were trying to figure out what the reflection was,” he says.

All the mystery about where the Saw films are set hasn’t hurt the franchise — Spiral opened at No.1 at the box office, becoming Bousman’s fourth consecutive Saw film to do so.

Listen to the podcast for all of our interview with Darren Lynn Bousman, where he also explains the diabolical way he broke into the franchise, how Chris Rock lured him back for Spiral, and what scares him, among other things.

Spiral: From the Book of Saw, is now in theaters.

Main image: Chris Rock and Max Minghella as cops for a city.

Continue Reading
Advertisement
Related Topics:Bousman, Chris Rock, Darren Lynn Bousman, saw, Spiral, Spiral: From the Book of Saw, what is the city in the Saw movies, where does Saw take place, where is Spiral set