Where Are They Now?

Astronomers tell
us that a star is on one of two courses: it’s either growing
brighter all the time or it’s beginning to fizzle and fade. With the career
of an actor, director or even a writer, the analogy is pretty clear. A decade
after we started giving ink to promising young moviemakers, we thought it might
be fun to take another look at several who delivered.

THEN: The 32-year-old
director’s first film, Nothing to Lose, starring Adrien
Brody, was picked up for distribution right before its Sundance
premiere. “I’m a
finisher, and I always said to myself ‘I’m going to make this happen.’
It’s a combination of luck, resourcefulness and faith in my talent
and capabilities.”

NOW: Bross has been keeping
busy since his debut, with projects for both the small and big
screens, including 2001’s On
the Line and the “Traffic” mini-series for USA.

THEN: With a ton of
buzz surrounding his script for The Boondock Saints, the
25-year-old writer quickly signed a $1 million deal with Miramax
that would allow him “casting approval, the right to create the
soundtrack and control of the project in case things fell through”—which
they did.

NOW: After successfully completing
the film, and serving as director, Duffy is currently in pre-production
on the sequel, Boondock II: All Saints Day.

THEN: With three films
(Four Weddings
and a Funeral, Bitter Moon and Sirens) about to hit
screens, the relatively unknown actor said that Hollywood “has
always been polite to me, but never ecstatic.”

NOW: One of Hollywood’s most
recognizable faces, Grant has since appeared in more than a dozen
films, earned three Golden Globe nominations (with one win),
had a true Hollywood-style run-in with the law and routinely
earns more than $12 million per film.

THEN: After attracting
the attention of Martin Scorsese with his $11,000 feature Rhythm
Thief, Harrison
was signed to direct two $3 million projects, Code 99 and Kicked
in the Head.

NOW: Kicked in the Head was produced
in 1997, with Kevin Corrigan, Lili Taylor and James Woods. Harrison
has also kept busy on TV, directing an episode of “Sex and the
City.”

THEN: After his rock ‘n’
roll update of Romeo
+ Juliet, Luhrmann was quoted as saying “After Ballroom, I
could have taken a book of hymns and had them made into a film.”

NOW: Widely hailed as one
of modern cinema’s true visionaries, Luhrmann is currently at
work on an untitled Alexander the Great project with Leonardo
DiCaprio.

THEN: After October
Films snatched up his debut, Girls Town, at Sundance,
McKay remarked that “the
proliferation of independent cinema is now making room for more
films like Walking & Talking, Manny & Lo and Welcome
to the Dollhouse.”

NOW: With his latest film, Everyday People,
making its Sundance premiere in 2004, McKay has also found success
as a producer, most notably with such films as American Movie,
Spring Forward and The Sleepy Time Gal.

THEN: Hot off the successful
sale of his spec, American History X, McKenna quickly
sold his next script Body Shots, signed to do the screen
adaptation of Blow and
agreed to a two-picture deal with Warner Brothers.

NOW: In addition to having
all of the aforementioned projects produced, McKenna has also
seen both Get Carter and S.W.A.T. get
the big screen treatment.

THEN: After the success
of his directorial debut, Money Talks, and about to embark
on his next film, Rush
Hour, the 27-year-old director advised that “You gotta be relentless.”

NOW: Ratner has continued
his winning streak, finding phenomenal success with his Rush
Hour series (the
third will be released this year) and Red Dragon.

THEN: The 16-year-old
thespian had already worked with the likes of Alan Pakula (The
Devil’s Own),
declaring “I’d much rather do a risky, groundbreaking movie than
one that’s ambivalent. The key is to first shock people, then make
them like it.”

NOW: The Columbia student
continues to be one of Hollywood’s most bankable young actors,
with recent projects like Mike Newell’s Mona Lisa Smile and
Charles Dutton’s Against
the Ropes to her credit.

THEN: Having just directed
his first film, Reality Bites, Stiller claimed that “For
me, directing is the most important thing. It’s what I want to
be able to do… And while I’d love to act in other people’s
projects if the work is there, for me, directing is really the
focus.”

NOW: Of the more than 20 films Stiller has worked
on since then, only twice has it been as director—1996’s
The Cable Guy and 2001’s Zoolander.

THEN: The full-time,
Seattle-based legal assistant, part-time writer (at lunch, night
and on weekends) and longtime MM contributor advised other
budding scribes: “Don’t
get discouraged. There’s a lot of competition, but it’s all crap.
The industry is not the enemy. The industry is desperate. The
only secret is to write a good story.”

NOW: With Wing’s script, 50 First Dates, starring
Adam Sandler and Drew Barrymore, set for release this spring, it’s
safe to say George has “made it.”

THEN: Already a household
name in Hong Kong, the actor was about to become a Hollywood
commodity with three films in development racing toward the finish
line—The Replacement Killers, Anna and the King and
(“perhaps the most promising of all”) The Burning Pit.

NOW: The Replacement Killers and Anna
and the King may have made Yun-Fat a familiar face, but Ang
Lee’s Crouching Tiger, Hidden Dragon made him a star.

THEN: Even with Crumb winning
accolades at festivals and with audiences, Zwigoff remarked that “I’m
not happy being stuck in the group of documentary filmmakers.”

NOW: These days Zwigoff is
widely recognized as one of indie cinema’s most hilarious and
ironic directors, Zwigoff has found tremendous feature film
success with 2000’s Ghost World and 2003’s Bad Santa. MM

10 Best Cities to be a Moviemaker
Legends of Sundance 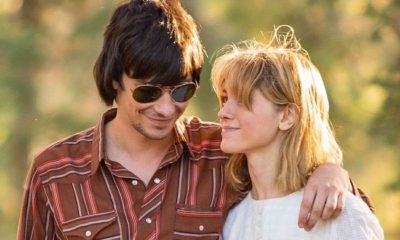