Making Your Own Breaks: What Resources to Tap and What Rules to Break as a First-Time Screenwriter 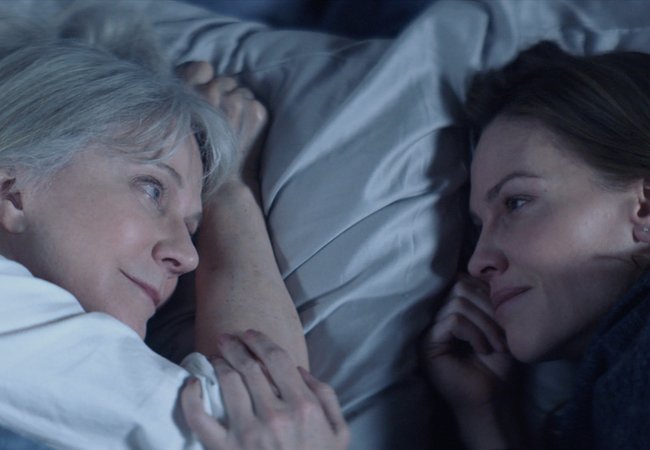 When I wrote the screenplay for What They Had, my debut feature about a family thrown into crisis as they grapple with their mother’s (Ruth, played by Blythe Danner) worsening dementia, I’d dabbled a little bit in screenwriting, but not much. I wrote the first draft very quickly, then proceeded to re-write it many times. By going through that process and getting as much feedback as possible from friends—or anybody, really—I began to pick up on how to put a script together.

What taught me the craft of screenwriting more than anything else, though, is reading other scripts. Breaking the rules is essential; every mediocre screenplay teaches you what not to do, and every great screenplay teaches you how to break the rules. Working as a not-so-established actor, most of the screenplays I was sent were of the mediocre variety. Getting my hands on those kinds of scripts allowed me to find spots where I’d say, “I know I would fix it this way.”

Practicing that kind of critical evaluation prepared me to do a great many rewrites of What They Had—probably 30 to 40 by the time we shot the film. These were necessary to deepen scenes and further develop characters’ voices, relationships, and shared history. Putting in the time and effort to produce one great story is more valuable than quickly churning out five mediocre stories. A beautifully crafted narrative with a resonant story makes for the kind of script that gets passed around like wildfire, and that’s what will ultimately get your movie made.

Voices In Your Head

Transitioning from playwright to screenwriter, what stuck with me from one medium to the next was the importance of voices. In any play or screenplay, great characters come from great voices, and audiences respond to those voices that jump off the page. But other voices will compete for your attention as you seek to get your script made, as well.

My screenplay for What They Had won the Nicholl Fellowship in Screenwriting in 2015, but most scripts that win the Nicholl don’t really get made. What the fellowship did do was help me bring on some wonderful producers who elevated the project with casting resources and good mentorship. One of the best things about the people behind the Nicholl is that they’re committed to your vision; that’s the primary reason they’ve chosen to support your project. But whether it’s the Nicholl or the Sundance Screenwriters Lab, which I also participated in, it’s quite overwhelming to have your heroes giving so much feedback on your script—over the course of six meetings in just a few days’ time.

Every person who sees you as a voice worth supporting is going to approach you with an overabundance of good ideas, so it can be hard to maintain a strong barometer of which ones which will work for your script. My fellowship and lab experience taught me to cultivate the voice I heard in my head from the very beginning, and to continue to nurture that voice, listen to it, and not be afraid of it, even if everybody thought I was nuts. Your ability to listen to that voice whenever it feels right is the best measure of what notes to take and which not to take.

At the same time, a pitfall for first-time screenwriters is that they fail to acknowledge that they don’t know better than the people who have done it so many times. It’s important to use the resources they offer to give yourself every advantage. Admitting right off the bat that your film would be better with their input can be tough, but it’s often the most important admission in the early stage of one’s career.

Nothing Is “Done,” Only Re-Done

A script is never done… ever. You might feel that your story is all there and that your characters are as fleshed out as they can be, and at that point you’ll be ready to send it to actors and put the movie together. But you only have that first impression once, so you don’t want to do that too early. When you finally get to set, things will change on the day—it’ll rain, or somebody will have forgotten the smoke machine, or, “The extra that you selected to play this scene isn’t here, but here’s a two-year-old. Can we make this work?”

When making What They Had, Hilary Swank and I conceived of one scene in the middle of the production that we were hell-bent on shooting. I wrote the brand new scene and we shot it a few days later, and it’s now one of my favorites in the movie. Typically, I was able to make such changes as we filmed, though they had to be approved by our financiers. We also wanted to make sure the cast was comfortable with them—to respect that they’d need time to wrap their heads around the new material. In all of these cases, it’s imperative to be able to re-write in your head on the fly, according to whatever is different on the day than you anticipated.

Watching for signs that your script will need to be changed is part of your prep, whenever you’re finding pivotal parts of your production like locations, extras, or costumes. For What They Had, there was a scene in our script in which our characters are locked out of a building. We had trouble finding the right building, and we certainly didn’t want to build a set—mostly because we wanted to shoot on location, but also because we couldn’t have afforded to build one anyway. I had to be open-minded when I was location scouting, thinking, “What beats do I really need? Can I make the scene work within the geography of this condo?” Once you finally settle on your location, your understanding of that space will guide your next re-write.

Inevitably, there will be sections of your script that you’re certain are going to end up in the final cut that won’t. Whenever there’s anything you’re on the fence about, just let it go; if something in your script doesn’t work when it’s shot, it probably won’t work in post. You can’t hope to fix that kind of stuff on-set, and definitely not in the editing room. Although it’s important to shoot a lot of footage for your editor to work with, you must also get into the habit of cutting anything you’re in doubt about before you shoot it. That’ll save you more time to focus on the material you know will be left in no matter what.

Making her debut feature What They Had, Chomko learned that cutting scenes from your script you know you won’t use before you shoot saves precious production time. Photograph courtesy of Elizabeth Chomko and Bleecker Street

As an actor, you need to have empathy for your characters. As a writer, the same is true—your characters are your children and you have to love them equally without judgement. Being a performer helped me hone those instincts for getting into characters’ heads and hearts.

Anybody who wants to write or direct should try to act themselves, or at least take an acting class. (Just don’t take a class on “working with actors,” because sometimes that’ll lead to confusion. Your actors will scratch their heads as you’re saying, “Let me give you an active verb…”) Be open to your actors trying new things within a scene on each take. The roles you write belong to your cast more than they belong to you.

All The World’s Your Stage

I always wanted to be able to give my screenplay its best chance of being made, and thought constantly about making it inexpensive to shoot. If this is your bottom line, one of the things that helps with that is setting. I knew that What They Had would take place all in one location and in a lot of interiors that would be controlled environments. We shot in the condo in which the film is set for 12 to 14 days. If you can lock down a plan like this, you won’t have to move the company, the gear, and the trucks.

Similarly, what I love about playwriting is that if you stick a couple of interesting people in a room and you give them a problem, you have yourself a play. That approach to story and framing is highly transferable to independent moviemaking. Your first script should be something you can manage to get off the ground, and even to shoot yourself. If you have any inclination to make a movie that rests on the shoulders of compelling characters, you should confidently strive for that. In the end, a story that’s as practical as it is poetic is what will set the stage for your next project to get the green light. MM

—As told to Amir Ganjavie

Things I’ve Learned as a Moviemaker: Michael Ironside
No Guts, No Story: Find Your Screenplay’s Soul By Trusting Your Instincts and Your Allies