What Really Happened to Anna May Wong? 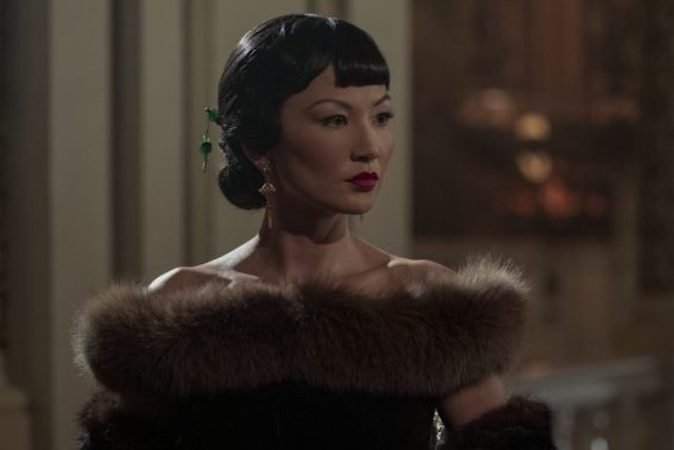 (The following includes spoilers about the Ryan Murphy Netflix series Hollywood, and especially about the real-life Anna May Wong, portrayed on the show by Michelle Krusiec, pictured above.)

Hollywood reimagines the motion picture industry’s golden age as a time of extreme social progress. While still portraying marginalized groups’ struggles, the Ryan Murphy series proposes an alternative reality in which each character’s accomplishments are acknowledged and identity is accepted. The show is populated with real and imagined characters, and one of the most fascinating is Hollywood’s real-life first Asian American star, Anna May Wong.

Played by Michelle Krusiec, she exemplifies Hollywood’s revisionist history through her transformation on the show from a hopeless actress to an Academy Award winner. But what really happened to Anna May Wong? Did she really get her happy ending and an Oscar? The short answer is no.

As a Chinese-American actress during the silent era, Wong starred in Toll of the Sea (1922) and The Thief of Bagdad (1924). Wong became typecast in stereotypical roles. As PBS’s new documentary Asian Americans notes, Wong grew tired of her persistent villain roles. Sociologist Nancy Wang Yuen explained in the documentary that Wong used to joke that her roles always ended in death.

As Hollywood accurately notes, Wong was rejected for the lead role of O-Lan, a Chinese farmer, in MGM’s The Good Earth (1937). The role instead went to Luise Rainer, a white actress who won an Academy Award for her performance. According to Graham Russel Goa Hodges’ Anna May Wong: From Laundryman’s Daughter to Hollywood Legend, although Wong was given a screen test clearly meant the role of Lotus, a villainous seductress, she refused the role and condemned MGM for not hiring more Asian actors.

Hodges notes that Wong pleaded with director Irving Thalberg to cast her as O-Lan, and complained that he had asked her “to do the only unsympathetic role in the picture, featuring an all-American cast, portraying Chinese characters.”

This disappointment sparked Wong’s yearlong tour of China. Hodges notes that Wong, who was born in Los Angeles, publicized it as a way of fulfilling her dream to visit China and learn its culture and language. Hodges writes that Wong was initially treated with hostility because of her roles containing provocative and stereotypical scenes, but won more acceptance as she took Mandarin and learned about Chinese cultural and social issues. Wong returned to American determined to improve representations of China.

Wong starred in several low-budget films that fulfilled her goal of portraying Asian Americans in sympathetic and non-stereotypical roles, including the Daughter of Shanghai (1937). She contributed and raised money for United China Relief and made appearances to support the Chinese struggle against Japan.

In 1951, Wong starred in The Gallery of Madame Lui-Tsong, the first television show with an Asian-American lead. Following its completion, Wong faced health issues that led to her death at 56.

Although Wong did not receive the Academy Award Hollywood grants her, her dedication to improving representation of Asian Americans in Hollywood was its own success.