What American Murder Left Out, According to Director Jenny Popplewell 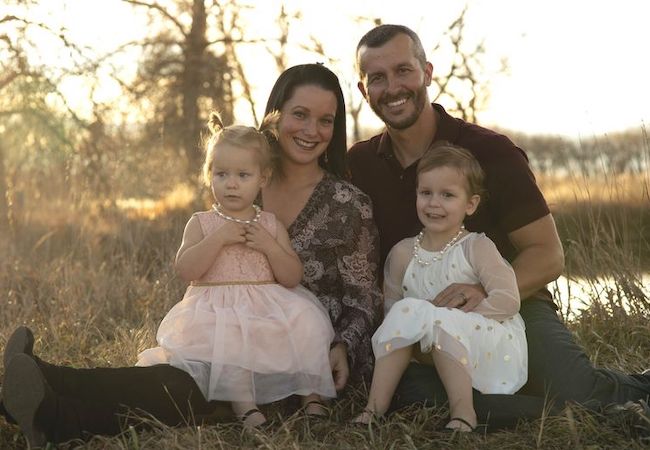 Jenny Popplewell had a wealth of video footage from Shanann Watts for the Netflix documentary American Murder: The Family Next Door, which exactingly and painfully details Shanann Watts’ marriage to Chris Watts and how he murdered her and their two daughters.

Shanann Watts’ parents gave Popplewell access to their daughter’s phone and laptop, which contained hours of videos capturing trips, holidays, and small moments of joy that can be impossible to explain to anyone outside the family. Popplewell gained the parents’ trust by promising to tell Shanann Watts’ story, in her own words and images, instead of focusing on her husband and killer.

But as Popplewell tells Eric Steuer in the latest MovieMaker Interviews podcast, there was a moment she didn’t include in the film — and wishes she could have. You can keep reading, or listen to Popplewell recount it in the episode on Apple or Spotify or here:

“There was a nice little scene that I thought… was quite telling of their relationship and also surprised me,” Popplewell said.

It’s a scene from their wedding video in which they play a kind of Newlywed Game in which they answer a DJ’s questions about their relationship by raising paddles.

“They sit back-to-back, they’ve got a paddle each, and [the DJ] says, who kissed who first, and they put up the paddle, and it’s Chris. And that’s corroborated with her story. You know, she’s a divorcee. He’s pursued her. She’s done with men. She doesn’t just want another relationship. She’s pushing him away. But he wears her down and she decides, okay, he’s the one for me,” Popplewell said.

“And then the next question is, ‘Who said I love you first?’ I was expecting it to be Chris again. But it’s not. They put the paddle up, and it was Shanann. I just thought, exactly. This is who she was. She was someone who wore her heart on her sleeve. And she if she felt something she told you, she was so open with her friends. She’s open with her family. She was open with Chris and he was not. And yeah, she loved him. When she loved him, she told him. And when there was trouble, she begged him to tell her why. And he could not offer that courtesy.”

Though Popplewell doesn’t attempt to get Chris Watts to discuss the 2018 murders, she does share some footage in American Murder that shows his stilted view of relationships. At one point, the film shows a video that Chris made for work.

“That is Chris on his own YouTube. He closed his Facebook page a few weeks before the crimes because he doesn’t want to give himself away. But his YouTube is left up. And it’s some kind of like seminar, it’s a little speech or presentation that he’s doing for work, for public presentation. And he’s chosen to do it on relationship deterioration and repair. But it’s like listening to an 11-year-old’s idea of what a relationship is. This man has no depth, no emotional intelligence.”

In the nine-minute video, Chris Watts talks about how relationships fall apart in a matter-of-fact, cold, corporate way — but he lacks any insight or warmth. (You can watch the video here.) He posits that relationships sometimes end “if you met someone at work.”

Years later, Chris Watts would meet someone at work, lie to her that his marriage was ending, and begin an affair. He later told police that he killed Shanann Watts after a confrontation about wanting to separate, because of that affair.

“People should go and seek it out is it’s quite funny,” Popplewell said. “He, in an almost Shakespearean way, predicted his future and it’s a play-by-play for what happened, which is why we use it in the film. But that is how he thinks about relationships. And it’s quite black and white for him. This is a man who had to Google ‘How do I know I’m in love.’ So he’s is not the most emotionally intelligent. And Shanann was. So they were mismatched in that way.”

Popplewell says Shanann Watts tried desperately to communicate with her husband before he killed her.

“She says in a text message to a friend that she’s written him a letter because he doesn’t talk about his feelings, and it’ll be better if he writes them down. He never wrote the letter back,” Popplewell said.

“He killed her instead.”

American Murder: The Family Next Door, directed by Jenny Popplewell, is now streaming on Netflix.