We Watched Do the Right Thing Again (Podcast) 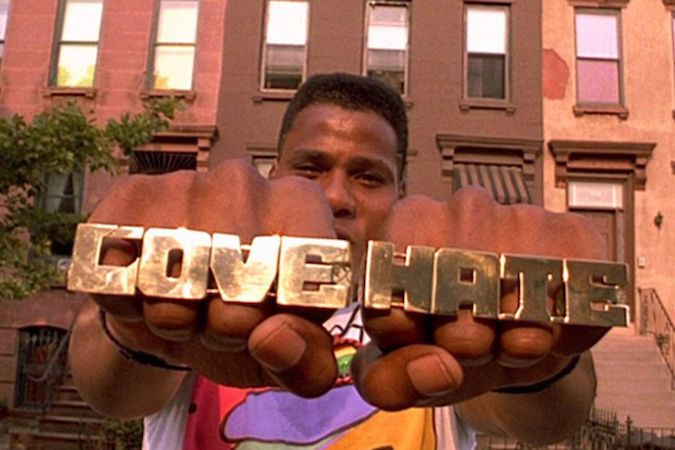 Do the Right Thing still feels sharply relevant after 31 years: Every group feels aggrieved, lashing out with both words and actions. By the time the film is over, one could make a strong case that no one did the right thing. The bubbling tension under the surface during the hottest day of the summer explodes into a riot that feels unavoidable as soon as someone dials 911.

We revisited Do the Right Thing, for obvious reasons, for the latest Low Key Podcast. You can listen on Spotify or right here.

Lee didn’t give the audience simple good-versus-bad character depictions. Singular characters act on their righteous impulses but are often guided by misplaced, unspoken misunderstandings. By the time Mookie throws the trash can through Sal’s pizzeria window, his actions are about more than simply the death of Radio Rahim.

The audience is given several reasons Mookie could be at his limit: not just the killing of Rahim, but also Sal and his son’s use of the N-word, and Sal’s supposed flirtation with his sister. Mookie’s frustration is macro and micro, legitimate and illegitimate.

Although Do the Right Thing takes place almost entirely on one neighborhood block in 1989, it represented situations happening nationwide. Gentrifying neighbors still have the same tense interactions with the Black and Brown youth today. No wonder the film continues to resonate in the summer of 2020 — the summer of Black Lives Matter protests.

Do the Right Thing is available for rent today on several streaming platforms.

How Eurovision Director David Dobkins Helped Bring Tupac’s THUG LIFE Tattoo to the World (Podcast)
Movie News: A Festival Uncancelled; Back to the Future Turns 35; Podcasts for Your Weird 4th