Want to Win an Academy Nicholl Fellowship? Listen to the 2021 Winners (Podcast) 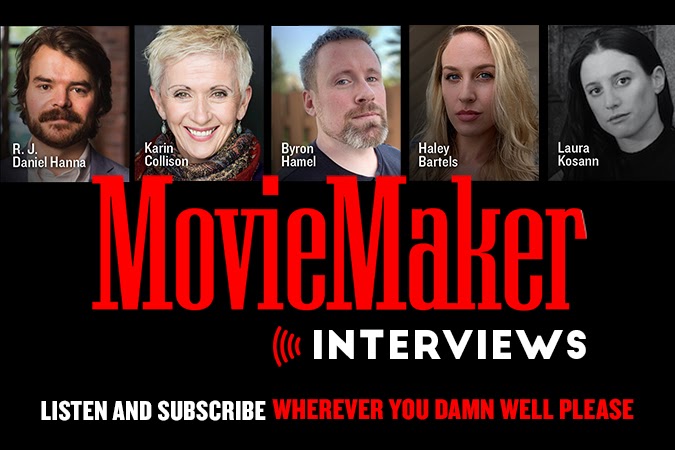 The 2021 Academy Nicholl Fellows have one thing in common: Their scripts are filled with emotion.

The five winners of the Nicholl Fellowships, perhaps the most prestigious screenwriting competition of all, come from very wide-ranging backgrounds and experiences. But they agree that an embrace of classic storytelling unites them.

“I feel like it helps to be an old soul in terms of your screenwriting and what you bring to it,” says Nicholl Fellow Laura Kosann. “Because I think there’s just such an appreciation within this competition for the true craft of screenwriting, and capital-M Movies, and that old Hollywood thing that I personally love so much.”

If you hope to enter this year to become one of the five 2022 fellows, we highly recommend checking out our interview with the five 2021 fellows to see how they earned this incredible accomplishment. You can listen on Apple or Spotify or here:

Winning a Nicholl Fellowship is a dream for any screenwriter trying to break in. Recent fellows have ranged from Destin Daniel Cretton, who co-wrote and directed Shang-Chi and the Legend of the Ten Rings, to Anthony Grieco, whose Nicholl-winning script, Best Sellers, was released by Screen Media and stars Michael Caine and Aubrey Plaza, to Geeta Malik, whose film India Sweets and Spices debuted at the Tribeca Film Festival, to Emmy-nominated Rebecca Sonnenshine, the executive producer and writer on an Emmy-nominated episode of Amazon Prime’s The Boys and showrunner of Netflix’s Archive 81.

As the latest fellows explain on the podcast, some of them wrote very autobiographically, and some wrote about experiences far from their own. But all of their scripts are extremely personal.

They also had different experience levels. Shelter Animal screenwriter R.J. Daniel Hanna has worked on several successful films and shorts, including Miss Virginia, a 2019 drama starring Uzo Aduba that he directed. Laura Kosann has achieved the remarkable feat of landing two scripts on the 2021 Black List — one of which is her Nicholl script The Ideal Woman. Karin delaPeña Collison was a successful actor, writer and journalist, but had never written a script prior to Coming of Age, which earned her the Nicholl Fellowship.

Byron Hamel has focused hard on his writing during the pandemic, and explains his beautiful, wrenching Shade of the Grapefruit Tree better than anyone else ever could.

“My name is Byron Hamel,” he explains on the podcast. “My script is called Shade of the Grapefruit Tree. And it is about a boy who has been severely abused by his stepdad. And then his landlady gets him interested in science fiction. So he starts having this fantasy that he’s becoming a robot, which empowers him to confront his abusive stepdad. And that’s actually based on my true story. I was raised by a psychotic killer who was given the death penalty by the state of California.”

Haley Hope Bartels, meanwhile, is a genre lover whose works almost always involve murder. Her Pumping Black is a page-turner based loosely on Macbeth that invokes her love of cycling.

She points out on the podcast the similarity that all of the Nicholl Fellowship scripts share.

“They all really made me feel things,” she says. “I mean, for Daniel’s, I was sobbing by page 20, because there’s a scene with a golden retriever. I’m a dog person. But even if I was not a dog person, I think I would be just crying. Everybody’s made me really, really feel something.”

Adds Collison: “I think what comes through really strongly for me in any good script is love. Even for the odious characters, there is a real sort of appreciation and curiosity — our fundamental ingredients for love.”

One of the highlights of the conversation comes when these skilled screenwriters describe the scripts that inspire them, from the Sopranos pilot (one of Hanna’s choices) to The Grand Budapest Hotel (one of Bartels’ favorites).

“I think it’s really important to read a lot of scripts, because for me, it was probably reading the Coen brothers scripts, and just seeing the dialogue on the page — it teaches you a lot to see it on the page,” says Hanna. “You’ll realize, you know, a speech isn’t like this long thing. A speech is like four sentences that an actor takes and makes into something — bringing all the nuance out of it. Things like that kind of teach you how to write efficiently.”

We end with some incredible insight from the writers about whether characters need to be likable to be watchable. The short answer: No.

Here are the 20222 Nicholl Fellows and the loglines for their astonishing scripts.

Haley Hope Bartels (Los Angeles), Pumping Black: After a desperate cyclist takes up a team doctor’s dangerous offer, he seems on course to win the Tour de France. But as the race progresses and jealous teammates, suspicious authorities,
and his own paranoia close in, he must take increasingly dark measures to protect both his secrets and his lead.

Karin delaPeña Collison (West Hollywood), Coming of Age: In 1965 Britain, Charlotte, a sheltered, studious schoolgirl, lands on a British Farce tour her mother stage manages, where private tutoring by company members replaces her formal schooling, with surprising success, and she experiences a Lolita-like flirtation in the morally wobbly era of Free Love, which leads both her and her mother to “come of age.”

Byron Hamel (Winnipeg, Manitoba, Canada): Shade of the Grapefruit Tree:  When a severely abused white boy befriends his sci-fi obsessed Black landlady, his fantasy of becoming a robot empowers him to recklessly confront his murderous stepdad.

Laura Kosann (New York City), The Ideal Woman: Set in American suburbia during the Cuban Missile Crisis: A 1960’s ex-actress and housewife finds her house-of-cards world begin to tumble as she continues to be pitted against two identities.