Walking and Talking: A Son Meets His Father Anew in Documentary Life in a Walk 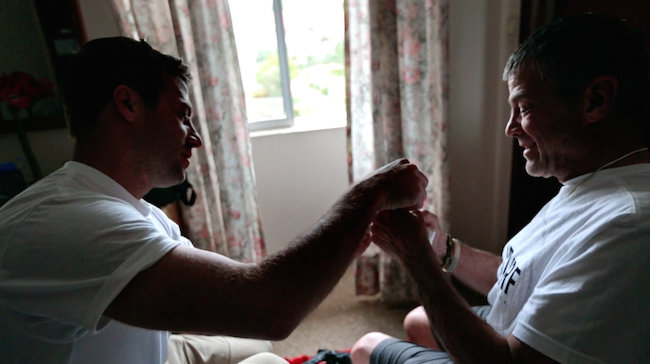 Life in a Walk is football coach-turned-filmmaker Yogi Roth’s voyage to understand his personal hero—his father, Will.

Funded in part by Indiegogo, the documentary, Roth’s directorial debut, premiered at this year’s Newport Beach Film Festival in April. MovieMaker spoke to Yogi, Will and executive producer Jonathan James at the festival.

After Will was diagnosed with prostate cancer, the 33-year-old Yogi realized that he was still a stranger to many of the details of his own father’s life. The moviemaker invited Will to share his story with him while walking along the Camino De Santiago together through Portugal and Spain, over the course of two weeks. And he captured it on film.

“[A parent’s] job is to nurture a child, to raise a child, to protect a child, but not always to tell them about their life,” said Yogi about his motivations. “Maybe we can be a nudge to create conversation on spending time with the people you care about.”

Watch the video below for the full interview. MM

Life in a Walk is currently screening in various cities across the U.S via Gathr. Visit the film’s website here to see available screening dates and locations, or click here to request a screening in your city.