Vox Lux is a very big and puzzling movie that is now out, from director Brady Corbet.

You may remember Corbet’s last film, his debut feature The Childhood of a Leader. That film followed Prescott, a young American boy living in France during the dissolution of the first World War. Prescott’s encounters (some tacit, some quite overt—he literally witnesses the creation of the Treaty of Versailles) with some of his era’s most charged themes—fascism, revolution, burgeoning sexuality—shape him. He, in turn, shapes the world.

Vox Lux is drafted from a similar pattern. In 1999, 13-year-old Celeste (Raffey Cassidy) is gunned down in a horrific school shooting deliberately positioned to evoke Columbine, but survives. With the help of her sister (Stacy Martin, a carry over from Childhood of a Leader), Celeste channels her trauma into music, specifically a song performed as a eulogy for her slain classmates and teacher. A recording of the performance goes the 1999 version of viral, leading to a major label record contract. After a sudden reference to 9/11 and some Willem Dafoe narration, we catch up with Celeste (now played by Natalie Portman) in 2017. Celeste must claw through what has now been years of substance abuse leading to toxic familial relationships, the ravages of fame, and a terrorist attack in Croatia that seems to chillingly reference her own story, to mount a triumphant comeback show in her hometown. There was a lot to talk about with Brady Corbet, and some of it can be found below.

Celeste (Natalie Portman) struggles to address the press in the wake of a terrorist attack that mirrors her own traumatic youth. Image courtesy of NEON.

Brady Corbet (BC): The film was shot on a combination of 35mm and Hi8, which is what Dogme 95 movies like Julien Donkey-Boy were shot on in the 1990s. We also shot some of the concert on a high-definition camera, the same camera they shoot the Super Bowl on. Some of the more egregious, heinous looking images from the concert are shot on that camera. It’s very ugly—you can see people’s pores. It’s a camera that was designed for sports photography. There’s no motion blur, so it has this extremely unnatural look to it. But the majority of the film is 35mm.

MM: The subtitle of the film is “a Twenty-First Century Portrait,” but almost half of the movie takes place on the hinge of the century, from ’99 to 2001. Tell me about that decision on a script level.

BC: The idea was, what were the events that sort of kicked off 21st century, and have come so far to define it? The first thing that comes to mind is Columbine. Columbine was in 1999. Little did we know that event would become commonplace in this country. Those kind of things had happened before but not on that scale, so it was a cataclysmic event. I also think the century has been defined by 9/11. I had a version of the film where we dipped into the war in Iraq and the Bush presidency, but really those felt like stepping stones to where the country is at now. Like the character of Celeste, there is no middle. You just have the ignition, the result, and that’s all. 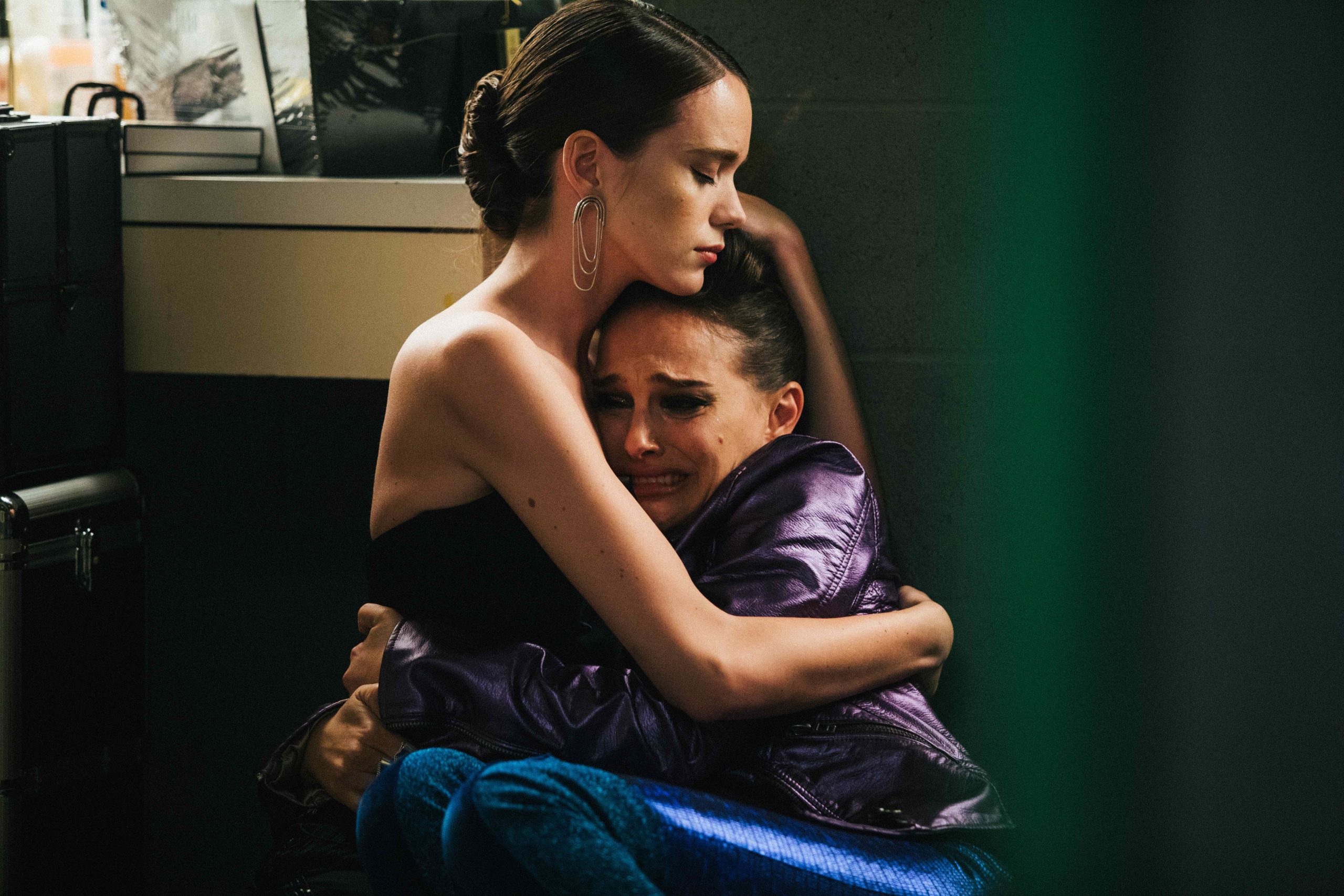 MM: Celeste (Raffey Cassidy/Natalie Portman) not only interacts with what comes to be the great issues of her time, she’s overtaken by them, almost becoming an icon of them.

BC: There’s something about the desire to be iconic which I find not completely unique to this century, but it is becoming more blatant. There’s nothing more disturbing than curated violence. That’s the reason that the Holocaust left a mark unlike any other. Beyond the scale of it, because there have been other terrible genocides, it was the organization of it that disturbs us to this day. Also because of events like the shooting in Aurora, Colorado, the young boy showing up dressed like the Joker. The idea that the last thing that you want to do as a free man is self-mythologize I find very fascinating and disturbing. What is it about heroes and villains alike that yearn to be iconic?

MM: Celeste begins to reproduce the violence that was done to her as a child, on small and large scales, incidentally and deliberately. Does that theme carry over the political commentary the film’s making?

BC: Absolutely. The film suggests that the character’s PTSD is the nation’s PTSD. If the film is about anything, it is about that—this is a post traumatic generation. We’ve all been through something, but we don’t quite have the perspective to know how it’s shaped us. What anxieties is that breeding in us? Our children? Basically, the film opening with a school shooting and ending with a pop concert suggests that this is the new normal. It is garish, it is absurd, but so is this administration. MM

Embracing Change: Director Kendall Goldberg On Her Feature Debut When Jeff Tried to Save the World
Still Learning: Ben Is Back Writer-Director Peter Hedges on Depicting Addiction