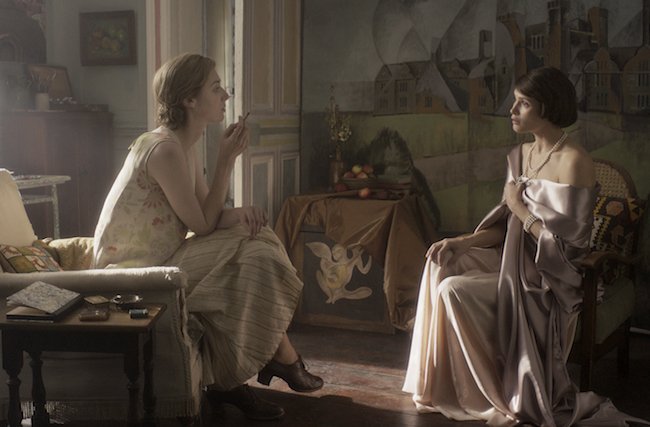 In 1924, while crossing the Tre Croci pass in the Dolomite Mountains of Northern Italy, the novelist and androgynous socialite superstar Vita Sackville-West stopped to write a letter to her famous friend and lover, Virginia Woolf.

She wrote to communicate the frustration that she couldn’t extricate Woolf from her surroundings—London, her home in Tavistock Square, her precious Bloomsbury literary society. “Either I am at home, and you are strange, or you are at home, and I am strange; so neither is the real essential person, and confusion results.”

It is the conflict at the heart of Chanya Button’s new film, Vita & Virginia. The project represented a synthesis of creative trajectories for the young British director, who completed a Masters in Theatre Directing after studying literature at Oxford. It was back then, while researching Virginia Woolf that Button first encountered the material that would later be adapted for her film. Vita & Virginia was first a stage play, a dramatization of the women’s beloved and voluminous correspondence, written by Eileen Atkins, who also starred as Vita alongside Vanessa Redgrave’s Virginia. Atkins enthusiastically adapted her play for Button’s film and even hand-picked her successor in the role of Vita—Gemma Arterton. Succeeding Redgrave as Virginia Woolf, no small ask, is the mesmerizing Elizabeth Debicki, styled so immaculately by Button’s makeup team and by costume designer Lorna Marie Mugan as to disappear into the period setting.

Vita & Virginia is a romantic portrait of a complex relationship—queer, consuming, and operating on multiple registers at once. In their time they were celebrated writers, pillars of the English intelligentsia, trailblazing gender nonconformists, wives of men, brief lovers, and lifelong friends. Their correspondence spanned the long haul, the last letter being received days before Woolf’s death. In my conversation with Chanya Button we talk about her draw to Virginia Woolf and Vita Sackville-West’s singular relationship, unconventional cinematic approaches to unconventional material, both raw and literary, and representing queer love on screen.

Ryan Coleman, MovieMaker Magazine (MM): When did you begin to work on the project?

MM: So that was right after you completed your last feature, Burn, Burn, Burn.

MM: What did you bring from your last feature Burn, Burn, Burn to Vita & Virginia? Anything that you learned or a challenge you overcame that you were able to implement into the production on this film?

CB: Two really important things I learned from that film, one was that your actors are a precious, underused resource, in terms of developing the script and deepening the characters. They study the character on their own and have a lot of insight to offer that you might haven’t realized. In writing the script I really utilized my fantastic cast. On my first film my actors gave amazing insights into their character journeys. When I came to Vita & Virginia, in particular, it meant that Elizabeth and Gemma were really involved with the development of their characters. They did a lot of workshop rehearsals with the rest of the cast and gave me feedback on every draft.

The other thing I learned was how to cut your cloth to the budget you’ve got. I learned a lot about how to weigh and measure your resources and work creatively within them.

MM: There’s a scene where a spurned lover of Vita’s insinuates she actually wants to be Virginia. Later, in a letter to Vita, Virginia expresses her desire to understand her by “inhabiting her,” through writing Orlando. Then there is the level of simple attraction they have for each other. I’d love for you to speak to the idea of queer desire as something more than sexuality—wanting to be with, to understand and to be the other person.

CB: Vita and Virginia’s relationship is multilayered in a way that really fascinated me. They were lovers for a time but friends their entire lives. They envied each other intellectually but deeply respected one another as well. They wrote in different forms, had different styles. Vita was a popular author in her time where Virginia was very serious, more avant-garde. That layered into their relationship as well to make this kind of all-consuming attraction to each other that went far beyond romance. It says so much about who they were as people. I do feel there is something about female relationships, as well as something about same-sex relationships… it may be this idea that the other person isn’t the other. There’s a sameness to your partner that pulls you in close. Relationships of that sort develop a more complicated language because they explore a deeper terrain. 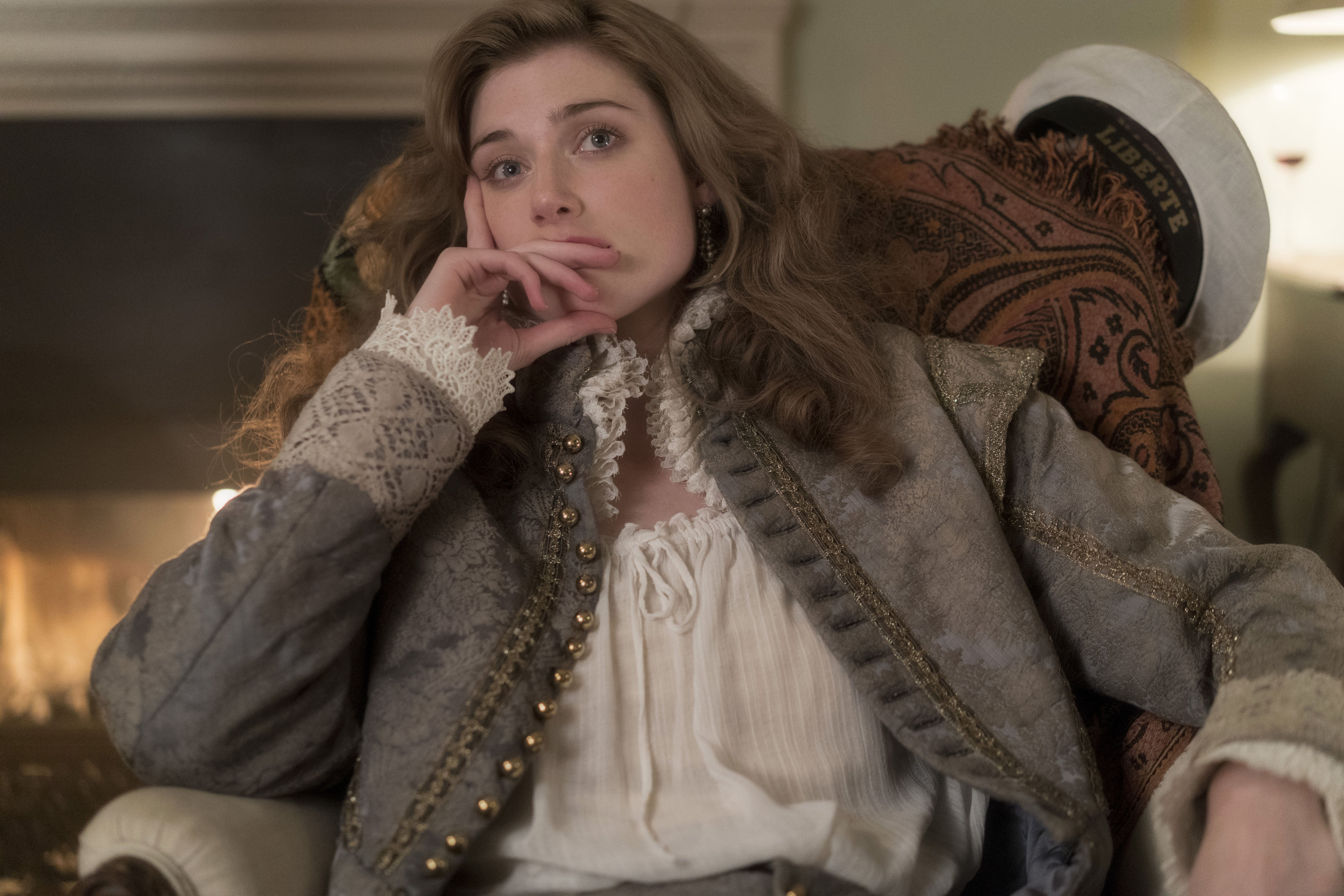 MM: Break down the stylistic shift of the scenes where Vita and Virginia read excerpts of their real correspondence—the frame becomes suffused with a distinct light and warmth, looking almost smeared, blurred at the edges like a vignette, Debicki and Arterton recite the letters direct to camera over a jarring electronic score.

CB: I made strong choices in making this film because I wanted to capture the bold and expressionistic nature of Vita and Virginia’s real relationship. I feel very strongly that I want people to have their own reactions to the film. But for me, when I was working on the letters I was thinking about the ways these sorts of things are normally translated on screen. I never nod off faster than when I see a huge piece of paper scrolling through the frame. I wanted to give the audience the experience of what it’s really like to read the letters. They are so full of longing and desire and passion and humor. I realized I needed to strip everything away except, essentially, Elizabeth and Gemma. From there it was making bold choices that complemented the power and passion of the letters.

MM: The score in particular is so deliberately jarring, what motivated that choice?

CB: This is a highly unconventional story—two sexually, perhaps not fluid but certainly non-traditional women, flouting the strictures of marriage, choosing career over family and succeeding wildly, dealing with mental health. To have a film that looked and sounded very conventional about these two unconventional women for me would have been such a weird move! Their life and work is the thing that inspired me to be bold and avant-garde in my choices. I get asked quite a lot whether the bold choices were intentional.

MM: Right, as if the music just fell into the movie.

CB: It makes me laugh. Every choice that I made came straight from the letters, from these real women’s lives. MM