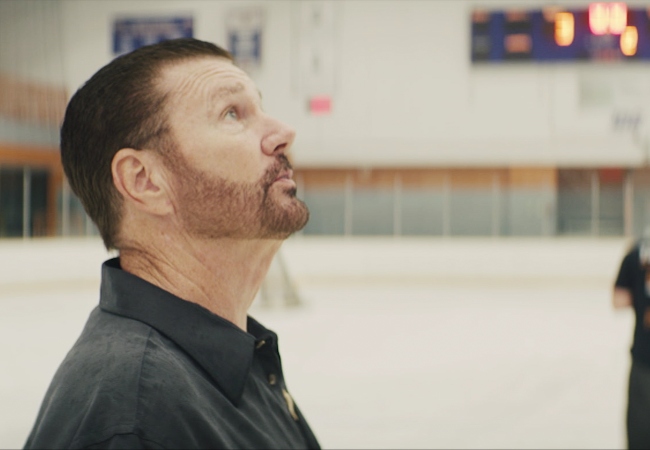 The latest episode of Netflix’s Untold sports docuseries tells the story of a now-defunct minor league hockey team that made major-league news during its short two-season run in the UHL. Called Untold: Crime & Penalties, the episode is directed by the series’ creators, Maclain and Chapman Way. It follows AJ Galante, who became a local celebrity when he was named general manager of the Danbury Trashers when he was just 17 years old, and his father, former garbage disposal magnate Jimmy Galante, who was convicted on charges of wire fraud and racketeering in connection to the hockey team in 2008.

“Every time I talk about it puts a smile on my face, and I don’t even know why. But it makes me laugh, and we dove in and those guys were fantastic,” Chapman told MovieMaker.

The Crimes & Penalties episode is a bit of a wild card compared to other episodes in the Untold series on individual athletes like Olympic gold medalist Caitlyn Jenner, retired pro tennis player Mardy Fish, and former professional boxer Christy Martin. But it does make sense in context with the series’ first episode, Malice at the Palace, which follows the infamous brawl between the Indiana Pacers and the Detroit Pistons in 2004. For its part, Crimes & Penalties involves more than one on-ice brawl — and a criminal investigation.

“It kind of snowballed into this big orchestra of wild characters and personalities,” Chapman said. 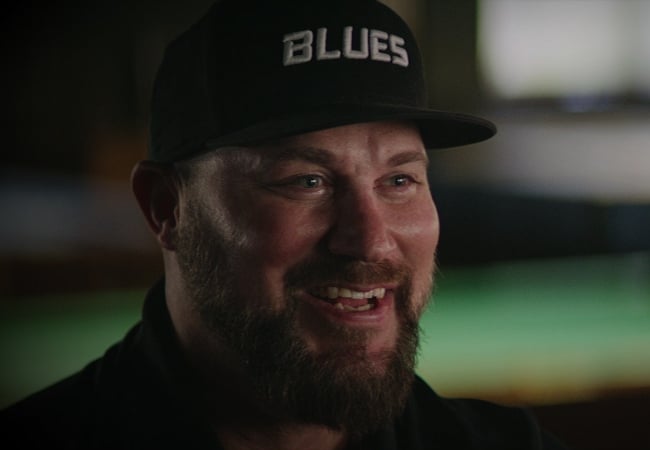 Brad Wingfield, a former hockey player for the Danbury Trashers pictured in Untold: Crime and Penalties, courtesy of Netflix.

Also Read: The Way Brothers Didn’t Just Make Netflix’s Untold For Sports Fans. They Made It For Everyone

“Initially, I think our vision for Trashers started off really just kind of focused on AJ Galante. And although he wasn’t an athlete, we thought the logline of the youngest general manager in the history of sports — 17 years old, while he’s still in high school gets to run his own professional sports team — was closely tangentially related to sports,” he added. “And so from there, as we got to know AJ, we then got introduced to his father Jimmy Galante, who’s a notorious mobster on the East Coast, runs the biggest trash hauling industry back in the day and is rumored to be [the inspiration for] the character of Tony Soprano.”

Maclain remembers the first time he met Jimmy Galante and how it felt to try to convince him to participate in a film about his once-beloved hockey team, the Danbury Trashers, which disbanded amid the controversy surrounding the federal investigation into his business affairs in 2006.

“Jimmy was really interesting. Like we didn’t know if he would do it or not,” Maclain said. “I flew into Danbury, he picked me up at my hotel, we had dinner together, and it was just like a very — I felt like this wasn’t a man that I could convince or charm. Like, he was going to make his decision, like, two minutes into this dinner, and we’re still gonna have dinner one way or another. Jimmy is a man that, like, things are very much operating on his terms.”

The Way Brothers Didn’t Just Make Netflix’s Untold For Sports Fans. They Made It For Everyone
Who Is AJ Galante, Former General Manager of the Danbury Trashers From Netflix’s Untold?