Rules of the Screenmovie: The Unfriended Manifesto for the Digital Age

The digital world is rapidly taking over as the predominant environment for our waking lives, and this sudden shift in human activity presents major challenges for moviemakers.

Virtual communication, virtual transactions and behavior, are undeniably as impactful—fraught with drama, emotion and suspense—as physical ones. But how does a film show these narrative movements in a visually dynamic way within the static, two-dimensional frame of a computer screen? Russian producer Timur Bekmambetov’s new film, Unfriended, takes this problem by the horns, presenting a group of teenagers under the attack of a spooky cyberbullying-come-haunting. Directed by Levan Gabriadze, and co-produced by Jason Blum, the story unfolds on the screens of its protagonists—which meant the filmmakers had to come up with a workable approach to creatively and realistically inject horror into a digital landscape.

Bekmambetov wrote the following manifesto for making what he calls a “screenmovie.” As he sees it, these are the rules of conceiving a new virtual space in which to tell contemporary stories.

The term “screenmovie” is derived from the term “screencast,” meaning the digital recording of information from a computer screen. A screenmovie is a new format of cinema in which all the action takes place on the protagonist’s computer screen. The format has its rules. Like Aristotle’s three unities of drama, they must be observed, until the author is able to create a convincing art form while violating them.

The setting is virtual reality in general and one specific computer screen, belonging to one character. The action never moves outside of the screen, unraveling on the display of one character’s gadget. The size of the screen (i.e. the frame boundaries) remain a constant. The appearance of new visual elements has a rational explanation and corresponds with the formats of life in a virtual space: The viewer must constantly be aware of where exactly the action occurring at any given moment originated. The camerawork is stylized to resemble the behavior of a digital gadget’s camera.

All the action takes place in real time—here and now, while the film is put together by means of in-frame montage without any visible transitions (as if shot in one continuous take). The editing stage thus becomes the paramount stage of production, replacing the screenwriting stage (There is no need to write out every move of the cursor). “The film is born in editing:” This saying has never been more relevant.

All the sounds in the film originate from the computer. Their origin can always be rationally explained; the viewer has to understand at all times where the music track is coming from.

A screenmovie is unique in that it enables the author to explore the psyche of a character in a new way via their interaction with virtual reality. The user writes a message to a conversation partner, the cursor freezes, as if hesitant; the viewer is able to observe the emotional transitions of the character and his actions through the way the character’s cursor moves, to understand his background and motivation. This revolution in cinematographic narrative is comparable, for instance, to the invention of the stream of consciousness in literature, which enabled the reader to look inside the mind of a character rather than simply observing their actions.

The birth of the screenmovie is preconditioned by the evolution of communication. The average person spends more and more time in front of the computer screen and looking at their smartphone. Virtual reality is replacing reality proper. Virtual reality has long since become part of various art forms, exemplified, among others, in multimedia and hyperlanguage. Virtual reality has its own laws, which, logically, infiltrate film and other media.

What is important is that virtual reality documents a person’s every single action. Non-virtual reality is much kinder to us in that regard. A person can forget and forgive past offences and disappointments. The ability to do that is a crucial element of communication—after all, “dwell on the past and you’ll lose an eye,” as the saying goes.

On the other hand, a person can always be reminded of their every mistake online, their every crime and their every weakness. The slogan of our screenmovie, Unfriended—perhaps the first real screenmovie in history—is “Online, your memories last forever.” But so do your mistakes, and this is no accident.

In real life, a mind is able to interpret the actions of others in different ways. In virtual reality, every action is explicit and one-dimensional. Virtual communication is generally less human—the charm of live communication that we are so used to is lost as you become unable to see your interlocutor’s gestures and facial expressions. Smell does not exist in virtual reality. Tactile sense is impossible. This is what attracts people to virtual communications: It is anonymous, allowing users to communicate without leaving their comfort zone.

Online, a person ceases to be a person in the usual sense and becomes a digital object. At the same time, virtual reality, despite the name, is no less real than the offline one. It is an environment where a person grows, develops and degrades, falls in love and suffers disappointment, earns and loses fortunes, cheats, steals, kills, etc. Anything that happens in virtual reality directly affects the real life of its user.

Virtual reality changes our understanding of life and death as it enables a person to live forever. Contemporary software can generate content on a person’s behalf even after said person’s death.

Virtual reality opens to us an entire new language of symbols and codes. People recognize each other by their user profile pictures, avatars, music, images and other media in their social network profiles. A person skilled in online communication can impart an impression about their age and social standing—which allows them to constantly change the social masks that they use in communication.

All that opens up ample opportunities to utilize the screenmovie format. it can be used to produce not merely horror films but dramas, detective films, thrillers, romantic comedies, musicals, family or adult cartoons, fantasy, sci-fi, and documentaries. MM

How They Did It: Flooding Locations and Trained Flies in the Making of Across the Sea
Starring Ol’ Blue: Casting a 43-Year Old Ford Pickup Truck in Reparation 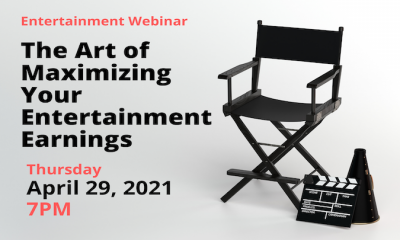