Truth and Consequences: Oscar-Winning Director Denys Arcand Has An Eye for Beauty 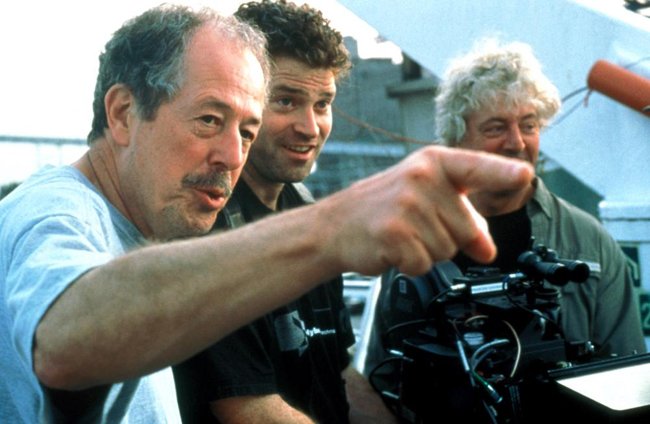 A life-long history student and keen observer of cultural norms and attitudes, Canadian filmmaker Denys Arcand has always had an active interest in socio-political satire.

Beginning in the ’60s with a series of short films about life in Montreal, Arcand honed his skills at the National Film Board of Canada before assembling his first feature-length documentary, On est au coton (1970). Depicting the exploitation of textile workers, the film was considered so controversial and politically charged, it was suppressed for six years. During that time, Arcand transitioned to the private sector and examined life in Quebec via La maudite galette (1972), Réjeanne Padovani (1973), and Gina (1975), before returning to the NFB once more to address the growing cynicism within the political process in Le confort et l’indifference (1982).

Then, in 1984, his bitter, sharp comedy The Decline on the American Empire upped the ante. Similar to The Big Chill, the film follows four groups of friends from the Université de Montréal as they plan a dinner together and expose all kinds of personal secrets, sexual adventures, and betrayals. Winning numerous awards, including the Critic’s Prize at Cannes, Decline was subsequently nominated for an Oscar.

From history to policits to sex, Arcand turned to religion with Jesus of Montreal and directed his first feature film in English with Love & Human Remains. Based on the success of Decline, he assembled a sequel in 2003, The Barbarian Invasions, which not only won Best Canadian Feature Film at TIFF, but also Best Foreign Language Film at the Academy Awards. Later, he would complete the trilogy in Days of Darkness (2007).

Now, in his most recent feature, An Eye for Beauty (Le règne de la beauté), scheduled for release this year, he puts the affluent Canadian lifestyle under the microscope as Luc, a young, happily married architect, jeopardizes his peaceful, perfect life after meeting a mysterious woman on a business trip to Toronto.

Mixing beautiful cinematography (by DP Nathalie Moliavko-Visotzky) with modern design, Arcand continues his satirical observations and criticisms of contemporary Quebec in An Eye for Beauty.

Mark Sells (MM): Growing up, did you really want to be a professional tennis player?

MM: Instead, you chose filmmaking?

DA: Well, it happened in a strange way. In the early 1960s, there were no movies being made in Canada. The only films were short documentaries from the National Film Board of Canada, which won a few Oscars and a handful of animated shorts. So, growing up, it was almost unrealistic, this dream of becoming a filmmaker. After I graduated from my university with an MA in history, I contemplated getting a PhD at Berkley during the whole free speech movement. But in the meantime, on a lark, I went looking for a summer job. And I knocked on the door of the National Film Board and asked: “Do you have anything?”

Then, out of politeness, they said: “Oh my gosh, you have a major in history? We just got an order from the government to do films about the history of Canada for the schools. Would you be interested in working on this project?” I said sure. And that’s how I began as a filmmaker. During my time there, I was able to brush up on my skills as a professional and remained on the staff, exploring subjects like volleyball, textile workers in Quebec, etc.

DA: Well, some producer came up and asked me one day, “Why don’t you make a feature? I’ve got some money.” To which I replied, “Who, me? You want me to make a feature?” And he said, “Yes, I’m sure you’d be great. I’ve got a friend who is a novelist and I’m sure we could put together a script.”

Sure enough, six months later, he came back with a script, I shot the film, it went to Cannes, and won a prize. I did two more documentaries, but after that, I never looked back. The truth is, it’s so much easier for me to make a [narrative] feature film – very sad to say.

Now, at some point, I’d love to go back. But the market has totally dried up for documentary filmmaking in Canada. No one wants it. The television networks should be doing it, they should be financing it, but they want an hour on a particular subject to get to a 60-minute format, and there’s just not a lot of interest in that. That said, if ever the opportunity were to appear, I would happily go back. It’s a great life. It’s fascinating. It taps into that intellectual, historical, and philosophical mindset.

MM: Do you consider yourself a provocateur?

DA: I think I am, but in spite of myself. I never set out to be a provocateur. Ever. I always set out to tell stories based on my experiences all the time. But it just so happens that some of those experiences end up being provocative. For instance, at the beginning of The Barbarian Invasions, there’s a scene in the hospital and it’s like a third world country where people are lying on the floor. This is the scene that you can see in a Montreal hospital tomorrow. So, it’s not provocation per se. It’s just more vivid and real on screen.

It might be my plight, but I’m trying to stay true.

MM: That’s the responsibility of a filmmaker.

DA: Right. It’s like the Shakespearean line about holding a mirror to life [Hamlet: “…hold as ’twere the mirror up to nature: to show virtue her feature, scorn her own image, and the very age and body of the time his form and pressure.”] To me, that is the job of a filmmaker. Whatever you do, always be true.

MM: Love & Human Remains was the only film you didn’t write. Is that something you would consider again?

DA: Anytime! Can you find me a subject? [Laughs] Back then, I remember I was between films and needed to shoot something to pay the rent. So, I went to the theater in Montreal. Love & Human Remains was originally a play. And when I saw it, I thought I could make it into a movie very quickly. It’s simple, but it spoke to me. Some aspects were a little weird for my tastes. But I liked the writing and it was a perfect fit. It turned out to be a great experience and I would do it tomorrow, but I haven’t found anything quite like it.

The things I like these days have either been taken by other filmmakers or the subject matter doesn’t appeal to people for various reasons. I’m not into horror, I’m not into gore or science fiction or intergalactic space travel. But if I could find something close to Remains, I’d shoot it tomorrow. The hard part is always the writing. Shooting is a breeze – it’s really not all that complicated.

MM: What can you tell me about An Eye for Beauty? And what does it say about human relationships that you haven’t said before?

DA: What if a very attractive woman comes up to you and asks, “Why don’t you spend the night with me?” There are very few men who would be able to resist this, even if they’re married! So, beware of that and beware of the consequences. Also, depression is a strange disease with no cure. When you’re living with someone going through depression, you can be totally lost. You don’t know what to do. And maybe there’s nothing you can do except be there for them. Be present. Be supportive and be understanding.

DA: There are absolutely no lessons because there are no rules. There are thousands of ways to make films. You just have to go with it; whatever path you want to follow. If it’s going to happen, even by serendipity, it will happen. Truly, that’s what I believe in.

But you really need two things. And when you’re young and in your 20s, you don’t know if you have them: talent and temperament. Talent is when you have something urgent to say and the means to say it. And the temperament of the filmmaker is a little different. As a film director, you have a tremendous load on your shoulders and you have to be able to shoulder it. I’ve seen many young people, more talented than I ever was, go crazy after a week of shooting because the pressure was too much for them. It was too hard and they couldn’t persevere. You can have one and not the other, of course, but those two things – they’re a rare mixture and successful filmmakers have both. MM

Photos courtesy of Monument Releasing 2015 and featured image by Miramax, 2003.

After Suffering PTSD, Amy Ziering Returns to The Hunting Ground with Kirby Dick
The Film’s the Thing: How WTC View Went From Stage to Screen