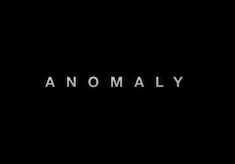 You can’t argue with ambition. We were impressed by the elegantly-cut teaser on Anomaly’s Kickstarter page, comprised of test, reference and archival footage: a series of beautiful images that flicker with Malick-esque impressionism. Also Malick-esque is the voiceover by a young girl, not to mention the piece’s apparently sprawling, esoteric thematic leanings – it involves “an abstract interpretation of the historical Christmas narrative.”

Moviemakers DiFelice and Ligthelm are old hands on Vimeo – their previous efforts, listed on Anomaly’s campaign page, are gorgeously shot cinematic vignettes. They are cleverly keeping their fans engaged with the process on social media: on Facebook they identify possible filming locations for Anomaly, including Maine and New Zealand. They also cite the difficulties of accurate period-piece design (the film is set in the 1970s) as an artistic challenge for them to take on.

As always with the highly imprecise science of picking crowdfunders, we are divided about how the film will eventually turn out – whether it will prove a genuinely complex and moving independent masterpiece, or combust in a cloud of gorgeous, magic-hour smoke. At any rate, we’d love the chance to see for ourselves.

Synopsis: “Oliver Grier, a young astronaut on a mission to space; experiences the heartache and regret of a broken relationship. The film follows Oliver and his fiancé Haylee Lawson’s journey, as they navigate love and disillusionment. During Oliver’s mission, a long awaited astronomical event begins to take place – an event, predicted decades prior by scientist Noel Fitz, an elderly man whose theories have subsequently been disregarded due to an unstable mental condition.”

$50: Downloadable behind the scenes documentary

$10,000: Executive Producer Credit (Including IMDB) + Exclusive “onset visit” + Behind-the-scenes digital photo with Cast & Directors + Two pieces of major set prop or wardrobe piece (of your choice) + Everything under the $10,000 pledge.

For more information on Anomaly, visit their Kickstarter and Facebook pages.

If you think you have a great movie and an even greater crowdfunding campaign, MovieMaker wants to hear from you. Please email your project to info@moviemaker.com for consideration for our Trailblazer Tuesday Crowdfunding Pick of the Week or leave us a message in the comments section!