Total Transparency: My Film Bread and Butter Has Almost Recouped Its Expenses—With These Revenue Streams 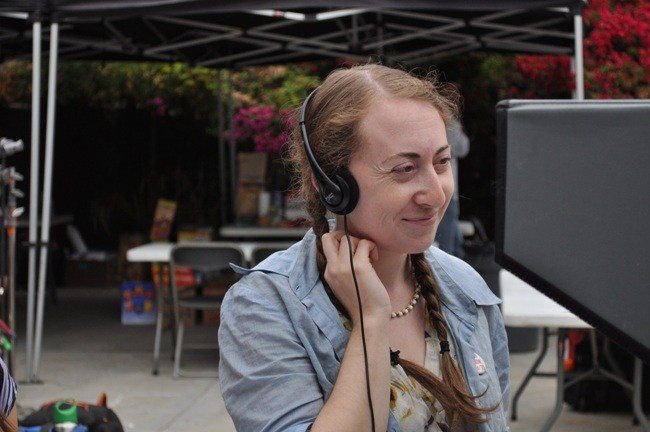 I avoid disclosing my age. All the time. And I’ve done this for years. People never ask but if they did, I would never tell. I’ve always felt compelled to hide my age.

I have this unsubstantiated fear that when people find out I am 32, I’ll become less relevant in their eyes. I put my Facebook age as 81 to avoid my “friends” finding out. I’m being ridiculous. 32 is a fine age, I love it so far, and why should I be afraid of a number?

It’s the same for my weight. I weigh 146 pounds.* Don’t tell my mother. It’s a secret between you and me. I never say my weight aloud. It’s even more terrifying than my age. Why? I have no idea.

So then, why am I telling you all of this? In spite of my behavior, I believe in my heart that transparency (for data and between people) is a good thing.

Maybe if I were more honest about my weight and age I would better accept these aspects of myself and move on. There’s something incredibly powerful about transparency. With the rise and success of social media, there’s a lot of compare and despair in the world, with people often only documenting their best selves. We need to document both the good and what we may secretly perceive (albeit incorrectly) as the bad. So we can all grow and learn in context.

Working in the Creative Distribution Initiative at Sundance Institute, a good number of questions from filmmakers revolve around this topic of data transparency. “Where can I send my investors when they ask about VOD numbers?” “What should I expect when I have my digital release?” My hands are often tied. I’m not sure where to send them, but we’re trying to change that.

Why are there so few resources to share regarding data transparency? Unspoken paranoias about revealing personal information, confidentiality clauses in distribution contracts and the idea that un-ideal numbers will brand a film as “small” or “unsuccessful” are all reasons why data does not get out into the public as often as it should.

Unfortunately, lack of data transparency has an equally important unintended effect: Lack of data makes it very hard to define what genuine personal success can be. I just made a movie, Bread and Butter. We did not have a theatrical run. I have no other digital distribution numbers to compare it to, so how do I find out my place in this world as an independent filmmaker? I am a filmmaker but my job at Sundance Institute is to help empower other filmmakers. So, I give you this, my fellow filmmakers: Let my film serve as your point of comparison because there are so few case studies out there for digital releases.

Candidly, I’m not allowed to share all the data about the film’s success throughout its release. However, I am working with my distributor, The Orchard, to reveal as much information that I can. (For a fully transparent case study from The Orchard, please check out their breakdown of Cartel Land.)

First things first — I am a microbudget filmmaker with a good amount of resources from my days at USC film school, but I am not a millionaire, nor am I secretly best friends with Katy Perry. I have my reach but a lot of what I did in order to my make first feature happen was rely intensely on the support of friends and family through crowdfunding, and ask a lot of people for help who were not, but quickly became, friends and family. I could not afford a social media manager, a publicist, a film booker. By the skin of my teeth we made our SAG ultra-low-budget feature for around $100,000 (all in). This budget included a crowdfunding campaign of around $36,000, two credit cards, a savings bond from my childhood that appeared out of nowhere, all of my income and two small investments.

Knowing the resources that we made our film with, let’s go through the windows of our release to better ascertain why this film is a successful release — especially considering our resources.

Because our film did not have a theatrical release, we felt transactional VOD (TVOD) was going to be our sweet spot for distribution.

After talking with my distributor, I was told that we had a solid success in TVOD, but not a major success.

Additionally, we achieved promotion through strong marketing assets: trailer and poster as well as some feature articles targeting our audience of young women (here and here). I also went ahead and reached out to reviewers myself to get more coverage on the film (here and here).

Something to consider here, in addition to the importance of assets, is the push for pre-sales. The more pre-sales you can garner for your title (on iTunes), the more likely iTunes will promote your title. Focus your resources (if they are limited) during this time.

Our “solid success” means the world to me. New people were introduced to the title who had never heard of it before. Well done, Bread and Butter.

Actors Christine Weatherup and Bobby Moynihan, writer-director Liz Manashil and crewmember Dan Marino on the set of Bread and Butter

In our first six months we were in the top 20 of all titles on cable VOD, including those with a theatrical release. While this sounds pretty impressive to me, it was branded as “middle of the pack.”

I talked with The Orchard, and they told me that our success in Cable VOD was entirely based off of marketing assets. Our pitch to Cable VOD platforms was entirely trailer and poster.

Takeaway: I’ve been told that casts that skew favorable toward older audiences do better on Cable VOD.

Subscription VOD (SVOD) has been incredibly challenging for us because of the fact that the SVOD market is so focused on titles that had a theatrical release. Unless a title has an A-list cast, a lot of nontheatrical titles aren’t picked up by SVOD platforms.

However, one year into our release, we have been picked up by two SVOD platforms—one with a global footprint: Hulu. This does not happen very often. Usually the SVOD window happens three to four months after your transactional premiere. This was 15 months, and we were only successful because our distributor kept spreading the gospel about our film.

I am a firm believer that this SVOD deal happened because The Orchard pitched us for a year, and due to the reach and recognizability of our cast.

Takeaway: Miracles can happen. Never give up on your film.

Something that was very surprising to all of us was the fact that we got two international airline deals—which is something incredibly rare for titles without theatrical distribution. I’m under the impression we owe this all (again) to our marketing assets and our cast. I’m of the opinion that the fact that we were a comedy (and often branded as a romantic comedy) was helpful as well.

I’ve gotten permission from The Orchard to share with you that our title has currently grossed (a little over a year after the film’s release) $96,000. Let me be clear: This is for a nontheatrical title. We did not premiere at Sundance Film Festival. We did not have a budget for any marketing help outside of our distributor. Also, let’s be clear that this is gross revenue (meaning TVOD and cable VOD take a cut, and so does our distributor).

People ask me why I push people to make microbudget content. This is why. Without the resources for a publicist or a film booker, we still grossed close to the actual full budget of our film and we are still making money daily. However, my goal for the film was to make art that I cared about and to start my career. Accomplished.

There’s more to come. We’re selling DVDs and Blu-rays off our website (which my editor Bruce Novotny pushed to create) and I am shipping. Every single DVD or Blu-ray has a coloring book page designed by Jenny Weatherup, the sister of our lead actress. There’s a chance for more revenue, but ultimately, this is a net win for us. Emotionally, we’re all in a place where we feel our film succeeded.

Let’s break it down.

In an age where people debate the utility of making independent feature films, there is hope.

The goal for these personal confessions as well as my distribution transparency is—above all—to make you feel a tad more comfortable about sharing your film’s success with the world.

The more data we have out there for public consumption, the more we can learn about how to connect content to audiences. These strategies could benefit artists in all mediums, we just need the data to support the research. There’s a lot I could not share. The more data that is out there, the more transparency will be acceptable.

Make a movie and be open about how you are making it. Contribute to a culture where information is shared and not coveted.

Here are some final pieces of advice to better evaluate your film:

*Liz’s weight has changed since writing this article.

Liz Manashil earned her B.A. in Film and Media Studies at Washington University in St. Louis, and her M.F.A. from USC’s School of Cinematic Arts. Post graduation, Liz spent several years as a film critic for the PBS/Hulu series Just Seen It (which she also helped produce and direct). Overlapping this, Liz worked with distribution guru Peter Broderick. Her debut feature, Bread and Butter, was called “an absolute must-watch for women everywhere” by HelloGiggles. It was released by The Orchard and can be seen on VOD nearly everywhere (including Hulu). Liz is currently in pre-production on her next two feature films and lives in Los Angeles with her dog, Laura Palmer. She works with Chris Horton and Jess Fuselier in Sundance Institute’s Creative Distribution Initiative.

On Demand and Supply: Brush Up on Digital Distribution Basics, Courtesy of Leading Aggregator Distribber
Don’t Wait for a Deal to Float Your Way. Self-Distribution Can Be Plan A For Your Feature