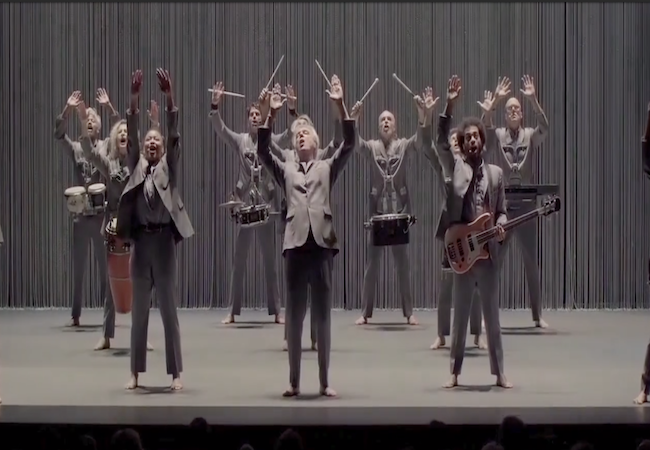 The film, which will premiere on September 10th, contains performances of songs from both David Byrne’s 2018 album American Utopia and his band Talking Heads. Festival organizers said it remains to be seen whether the screening will be in-person or online, The Associated Press reported.

“This joyful film takes audiences on a musical journey about openness, optimism, and faith in humanity. This is especially poignant at a time of great uncertainty around the world. We’re eager to share the excitement of Opening Night with audiences,” the executive director and co-head of TIFF, Joana Vicente, said in a statement.

Also Read: When Scarface Was In Trouble: Oliver Stone Looks Back in An Exclusive Excerpt From Chasing the Light

“Spike Lee has somehow always been exactly of his moment and ahead of his time. With David Bryne’s American Utopia, he brings Byrne’s classic songs and joyous stagecraft to the screen just when we need it,” said artistic director and co-head of TIFF, Cameron Bailey. “Spike’s latest joint is a call to connect with one another, to protest injustice, and, above all, to celebrate life.”

When Scarface Was In Trouble: Oliver Stone Looks Back in An Exclusive Excerpt From Chasing the Light
Movie News: Oliver Stone on Scarface; Best Opening Scenes; Film Abides