Top Secret UFO Projects on Netflix: What You Need to Know About the Westall High School UFO Sighting 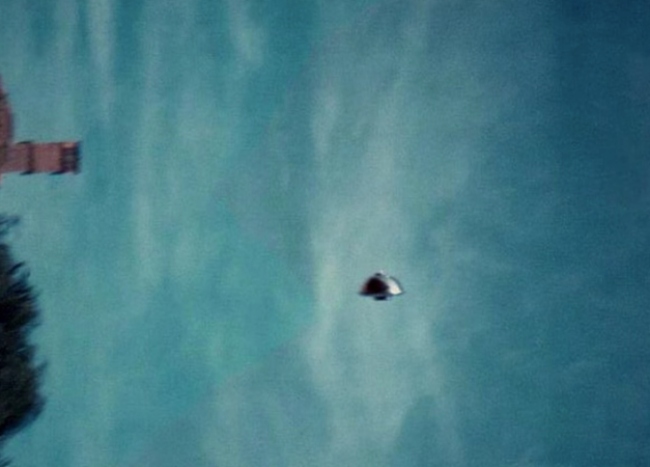 The fourth episode of Netflix’s Top Secret UFO Projects tells the story of what has come to be known as the Westall Incident.

A former student of Westall High School, now Westall Secondary College, in the state of Victoria, Australia says that she and several of her classmates and teachers saw a flying saucer flying above her school in 1966. Over 50 years later, not much evidence remains of the incident besides the verbal testimonies of those who say they remember it.

It all happened during a midmorning break, the docuseries explains. Students and teachers reported seeing a disk-shaped UFO hovering above the school.

“My whole vision was on trying to look at what I was seeing in the sky and take in every single detail I could,” Tighe says in the docuseries. “There was a lot of noise, apparently, because kids were excited, some were frightened, whatever — but I can just remember standing there because I’d never seen anything like that before, and I wanted to take in as much as I could.”

Soon after witnesses say they saw the UFO hover of the school, it quickly flew away and descended into a nearby pine grove, the narrator of the docuseries explains, adding that one 14-year-old student, Marilyn Smith, followed it to the landing site but found that it was gone, having left behind an impression in the grass.

Smith told Australia’s Bayside News in 2017: “It all began when a girl burst into our classroom and screamed a UFO had landed nearby. … The teacher told us all to stay in class but then the bell rang so we all ran outside. We saw a silver flying saucer hover, then take off at great speed.”

According to the Netflix docuseries, TV crews came to the school and Channel 9 journalists interviewed students about what they said they saw —  “and then came the cover-up,” says the docuseries’ narrator. “The Channel 9 TV report was never broadcast, and no one ever saw the photographs that were taken.” 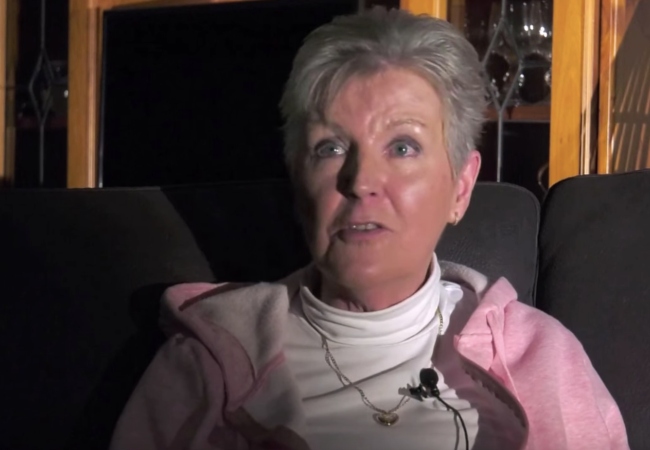 Joy Tighe, who says she saw a UFO fly over her school as a child, pictured in Top Secret UFO Projects Declassified on Netflix

Smith also said that TV crews came to Westall High School in her interview with the Bayside News, but that the report never made it on TV.

However, the sighting that’s come to be known as “The Westall Incident” was apparently documented in a local newspaper at the time.  Scans of an article written about the incident in the Dandenong Journal on April 14, 1966 that were posted on the encyclopedia website en-academic.com include an interview with someone from the Victorian Flying Saucer Research Society in Victoria, Australia.

The article reads: “Vice-president of the society, Mrs. Judy Magee, said yesterday that all attempts to obtain information from students or staff members at the school had failed. ‘We have only second-hand reports of the sightings, but we believe it could be an important one,’ Mrs. Magee said.”

The paper also mentions reports of military personnel in the area, but says that an Army spokesperson denied any military presence on the day of the UFO sighting. The article also says that a spokesperson from the Bureau of Meteorology said a weather balloon had been released in the area a few days before the sighting, and that it could have been what people saw at Westall High School.

But Mary Rodwell, founder of the Australian Close Encounter Research Network, told the Netflix docuseries that she believes there was a government cover-up.

“They weren’t allowed to speak about it anymore. Even the teachers were warned. There were government officials that came and told them they couldn’t speak about it. And even the news media that followed the story, when they came back to look at the files, all the files were gone. They were taken,” Rodwell says in the docuseries. “So this was a government making sure that this wasn’t talked about.”

However, there is one surviving photograph that some believe is an image of the UFO the students and teachers say they saw that day.

“There is actually evidence. There’s a polaroid camera — a guy that shot a photograph of it two days prior, 17 kilometers away,” James Fox, UFO investigator and filmmaker, says in the docuseries. “And it performed exactly like the children said it performed, right down to the point where it pivots up like this and rockets away.”

The photograph was taken by a young engineer who lived in a nearby suburb, according to the Netflix series, and was analyzed by the Victorian Flying Saucer Research Society. The society determined that it’s a real photograph that was not edited or tampered with.

You can see the photograph in question above.

But despite the photograph and several eye-witness reports of what happened that day, there is still a lot of doubt surrounding the story. All these years later, Tighe says she wants to be believed.

Top Secret UFO Projects: Declassified is now streaming on Netflix. Main Image: A photograph taken in Australia in 1966 that some believe is the UFO seen by students at Westall High School.