Box Office Goes to the Wolves with The Grey 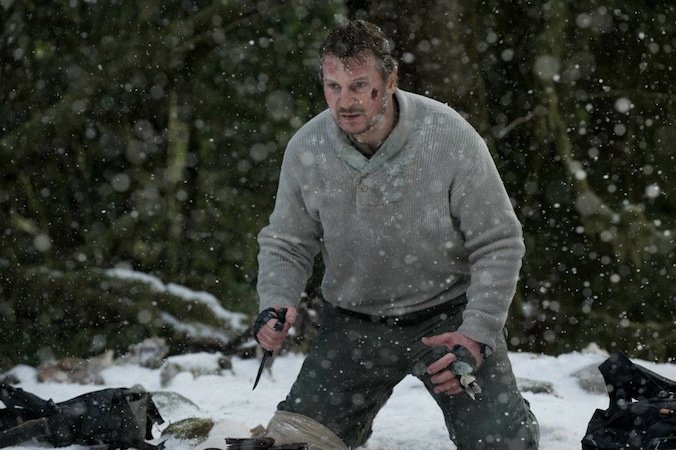 The box office went to the wolves this weekend, with Joe Carnahan’s The Grey beating out last week’s reigning champ Underworld: Awakening to land at the number one spot.

The man vs. nature actioner did better than expected, earning $20 million in its first weekend; meanwhile, the latter film’s weekend haul of $12.5 million brings its total gross so far to $45.1 million. Coming in at spot number three was new release One for the Money, which took in $11.7 million over the weekend. Last week’s runner-up, Red Tails (weekend gross $10.4 million, total gross $33.7 million), slipped two spots to number four, and new release Man on a Ledge‘s weekend gross of $8.2 million was enough to land it in the top five.

The Descendants and Albert Nobbs both enjoyed a substantial bump in sales after expanding from limited release. The former’s weekend gross of $6.5 million (total gross $58.8 million) was enough to earn it the number seven spot, while Albert Nobbs‘s weekend earnings of $772,730 (total gross $822,981) gave it an impressive per-theater average of $3,154.

Out in theaters next weekend in wide release are Chronicle, Big Miracle and The Woman in Black, with Dysfunctional Friends, The Innkeepers, Kill List, Splinters, W.E. and Windfall hitting theaters in limited release. MM

Where the Wild Things Are: The Best Man vs. Nature Movies
Say Hello to the Happy Couple