“A Love Affair Between Thomas Hardy and Thomas Vinterberg:” Far From the Madding Crowd

Known for his philosophically complex, intimate dark dramas such as The Hunt, Submarino and The Celebration, Danish auteur Thomas Vinterberg has gone from working with the artistic constraints of Dogme 95 to being nominated for an Academy Award.

Yet his new film, at first sight, couldn’t be more distant from the works he’s best known for.

Starring Carey Mulligan, Matthias Schoenaerts, and Michael Sheen, his latest film is a new screen adaption of Thomas Hardy’s late 19th-century classic Far From the Madding Crowd. Produced by Fox Searchlight and written by David Nicholls, a writer experienced at adapting Victorian novels (2008’s Tess of the d’Urbervilles, 2012’s Great Expectations), this project took Vinterberg out of his comfort zone with the challenges of bringing a period piece to life.

Clever and often candid, Vinterberg spoke to MovieMaker about his love for Hardy’s characters, the appeal of treading unknown territory, and dealing with those English period necessities: sheep, costumes and a larger group of collaborators.

Carlos Aguilar, MovieMaker Magazine (MM): Would you say that Far from the Madding Crowd is a departure from your previous films given their themes and tone? If so, why did you decide to take the leap?

Thomas Vinterberg (TV): It is a departure from what I’ve done before, and that was one of the attractions for me. I like to explore new territory. But to some degree I still felt related to this, to the richness of these characters, and the whole theme of the individual against the community. It felt right for me, as it is something I’ve been occupied with in my previous work as well.

MM: You usually write your films. In this particular occasion, how did you get involved with the project?

TV: This is something I hadn’t tried ever before in my life. This was a traditional situation where an agent sent me a script. What I’m always looking for when I read scripts, or even when I’m writing scripts, is this sort of sense of falling in love with the material. I read it, and I was mesmerized by this character work—by both Thomas Hardy and David Nicholls. So I went for it.

MM: Did you have any previous relationship with the material? Perhaps John Schlesinger’s 1967 film, or the novel itself?

TV: No, it was brand new to me. The novel is not on the Danish school curriculum. [Laughs]. I knew of Thomas Hardy of course, and I had seen Tess [Roman Polanski’s 1980 adaptation] but I hadn’t seen the Schlesinger film. I saw 20 minutes of it, and I found it confusing and a little bit intimidating. It was made by people I really respect. So I thought, “Well, I’d rather pretend this is a one-off love affair between Thomas Hardy and Thomas Vinterberg.”

MM: This film is on a much bigger scale than what we are used to seeing from you. What were some of the challenges of working in a production of this size?

Carey Mulligan on the set of Far From the Madding Crowd

MM: Given your previous experience, did you feel prepared or ready to take on the project with a more sizeable budget, or was it a completely new learning experience?

TV: Well, the scale of budget doesn’t really matter, because you are always in lack of money and time when you make a movie, no matter the scale. It’s completely the same when you do a Dogme movie for $1 million dollars, or you when you do something like this. The size is obviously different. There are a lot of people around, and I enjoyed that. There are so many people who are very good at what they do, and it was humbling to see them work—the people that work with the animals or the costumes department, all these specialists. I enjoyed that.

MM: Did you ever feel like you had less creative control, since you had to delegate more?

TV: Delegating is not a problem, but this was different than I’m used to, because this was a collective effort, given that it was a studio movie. When I’m in Denmark writing a script from scratch, I’m king of that film [laughs], whereas on this film, I’m member of a board. In this case, I was very lucky because it was a fantastic board of people—very talented, inspirational and good people all around. I enjoyed that, and that was also one of the attractions for me to begin with. This was supposed to be a resolved collective effort.

MM: Despite the constraints and challenges of making a studio film, did you feel like you could still make this a Thomas Vinterberg film?

TV: I think so. There weren’t that many constraints. I have to remind you that Fox Searchlight is a very filmmaker-driven studio. They were very respectful to my work. Also, I have to say that I was setting out to do a Thomas Hardy movie as much as a Thomas Vinterberg movie. It was not like I was desperately looking to put my fingerprint on it; I was desperately looking to find some truthfulness in these characters and in the portrait of the landscapes, but I was very humble and respectful to Hardy’s work. 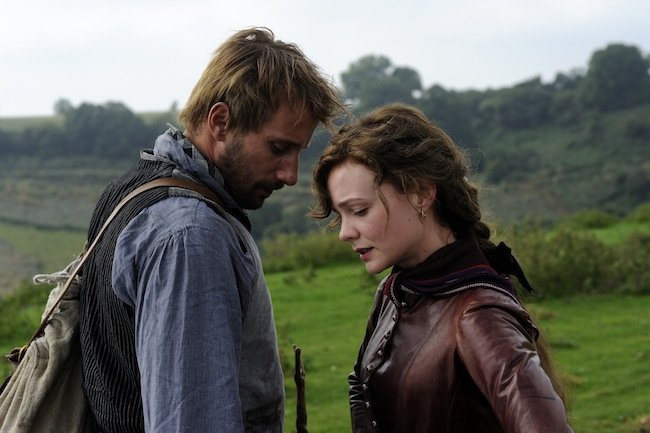 MM: You’ve worked with the same cinematographer, Charlotte Bruus Christensen, on several projects. What was the visual approach this time around?

TV: Yes, she is amazing. She completely understood this sort of desire towards the purity of it. She wanted to go past the dresses and the horses, and get into the inner lives of the characters as much as I wanted to. We wanted to inherit some of that sweep from Hollywood in the ’50s and the sense of technicolor. We watched Gone with the Wind and the fantastic film 1900 by Bernardo Bertolucci. The texture of that film was very inspirational for us.

MM: How did you work with your cast and team to bring these characters from the 19th century to 2015 and keep them as compelling?

TV: First of all, I think it was a job for the writer, but it was challenging for each one of the departments to find the right balance between loyalty to Thomas Hardy and speaking with a modern tone. Every department tried to balanced that, and I think they succeeded. The most difficult part of that was rewriting the dialogue. Thomas Hardy’s dialogue in the book is so incredibly rich and beautiful, but it would not work on screen today because it is too curly—long-rhymed and theatrical. We had to make it more contemporary. With the actors, I get them away from the sense of costume drama and into these characters to make them ring as honest and present as possible, so that everybody could feel the air around them and hear these characters breathe. There was a truthfulness to it.

MM: One of the most contemporary elements is the way Carey Mulligan’s character relates to the world. There is a sense of female empowerment. Was this one of the themes you wanted to highlight?

TV: Obviously that was one of the main attractions. I felt Hardy’s portrait of a woman was very modern and visionary. This was written 140 years ago, and it’s also very touching at the same time. This is a really rich, complex and flawed character that I really learned to love through reading both the script and the book. It was a golden opportunity for me to leave the films with more testosterone in them [laughs].

MM: How difficult was it to find the right actors to play these characters without being overly melodramatic?

TV: To that extent, casting is incredibly essential, because it can be too obvious a choice or it can be too strange a choice. You want to bring actors in and challenge them, bring them out of their comfort zone, and they still have to own this character and make it richer. The meeting between the right actor and the right dialogue is so essential, so it took us a while. In the case of Carey Mulligan, we decided right away. I decided on page 10. But with the guys [Schoenaerts as Farmer Oak, Tom Sturridge as Sergeant Troy and Sheen as Mr. Boldwood], it was more complicated, because they had to interact with her, and they had to sort of form a piano chord together. They are very different from one another and they still play in harmony. That was a longer process.

MM: Tell me about your collaboration with screenwriter David Nicholls.

TV: We collaborated throughout the making of the film, all the way into the looping. That was natural to me, but obviously it was a new situation because I was not the guy going home writing it. It was all based on an adaptation. I was sort of number three in that chain, after Hardy and Nicholls.

MM: You’ve made other English-language features before, and it seems as if you go back and forth between films in Denmark and international productions. Do you feel like you need to do this to keep things fresh and be inspired?

TV: There is a restlessness in myself. When I do one of my Danish movies, and I go to the backyard with Mads Miklsen and look inwards and go for lesser things, it seems to be the moment that brings out something that people still talk about, like The Celebration. Those films are very dear to me, because nobody else could have done them. These are very much me, because I’ve written them and directed them.

Having said that, it can also become repetitious and too comfortable to some degree to sit in that same system back in Denmark and to make those movies. I’m so curious about what’s going on out here, and there is such a rich amount of material. Also, I find it healthy to just leave my country sometimes and meet other people. It’s encouraging to get up in the morning and get into a street that I don’t know, find the dry cleaning place, give them a shirt and get to know these people. There is a interesting thing that happens when you meet new people: You set yourself up more and they set themselves up more. There is a sense of respect and will that I really enjoy being in contact with in other countries.

MM: Now that you’ve gone through this experience, what are you working on next? Is it something completely different?

TV: I’m doing a very intimate “Thomas-Vinterbergy” movie called The Commune about my upbringing in a hippie commune in Copenhagen. I’m editing it right now, and it’s turning out really great. I’m very happy about it. Again, it’s a huge contradiction to Far from the Madding Crowd [laughs] but with some related themes in it, which you’ll see when you see the film. MM 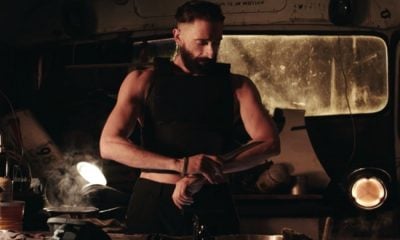 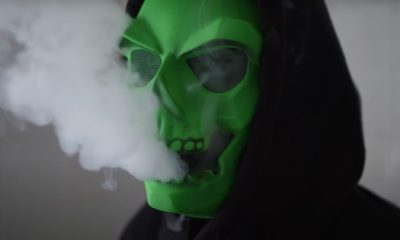