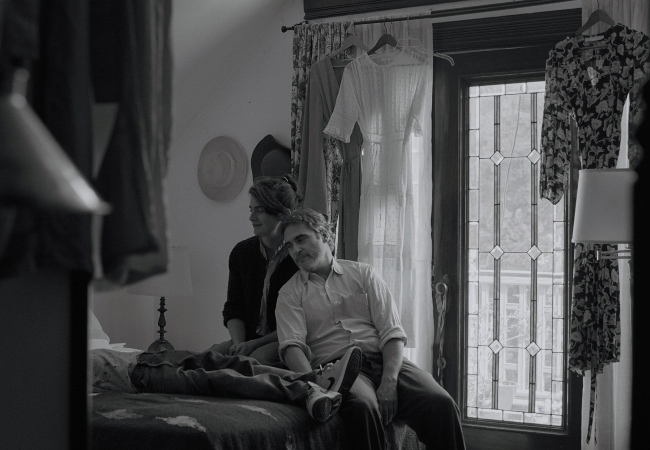 If you’ve seen the movie, then you’ll remember the cute but slightly strange habit that Woody Norman’s character, nine-year-old Jesse, has in the movie. To put it simply, he likes to pretend that he’s an orphan — and he frequently asks his mom, Viv (Gaby Hoffman) to roleplay with him as if he’s been sent to live with her as a replacement for a dead child. Yeah, it’s a little dark.

Twin brother duo Aaron and Bryce Dessner from The National scored the movie, and Mills spilled the beans about how he actually lifted the orphan bit from Aaron Dessner’s real-life daughter, Ingrid, in a recent interview with MovieMaker ahead of the film’s premiere on Friday.

Also Read:  The Title of Mike Mills’ C’mon C’mon Was Inspired By This French Composer

“I was working with [The National] on their record and their studio is next to their house,” Mills told MovieMaker. “So we’re there having dinner… Aaron [Dessner] and Aaron’s wife were talking about this crazy game that Ingrid insists on playing, and she recruited her younger brother. They show up at the door and they would do that game all day long where, ‘Your children have died. The orphanage sent us to replace them. So we need to know what they did so we can do it for you.'”

“I was like, that’s so, like, Jungian-deep. And such a nice way to talk about how children — the depth of children, you know? And it’s a game, and you can think it’s funny, and it is funny, but it’s also, like, working out some heavy stuff by play,” Miills added. “And kind of dark, and I like that too. Like, anything that can make kids not just like cute and innocent and sweet.”

Mills was immediately inspired by little Ingrid, and he knew he wanted to work it into the C’mon C’mon screenplay. But before he got to writing, he made sure he got it on tape.

“I had to ask, because I really — if I’m going to take something from real life, which I do a lot, like, I just I need to hear it all, right?” Mills said. “So [Aaron Dessner] voice memo recorded kind of verbatim her [Dessner’s wife] breaking it down. And that’s pretty much exactly what Gaby says in the scene where she describes it.”

You can listen to “I Won’t Remember?” — one of the songs the Dessner brothers scored for the C’mon C’mon sountrack — below.

Leonardo DiCaprio Jokes About End of the World at Killer Comet Comedy Screening: ‘I’m a Debbie Downer’
Why Kurt Vonnegut Wrote in Simple Words We Can All Understand