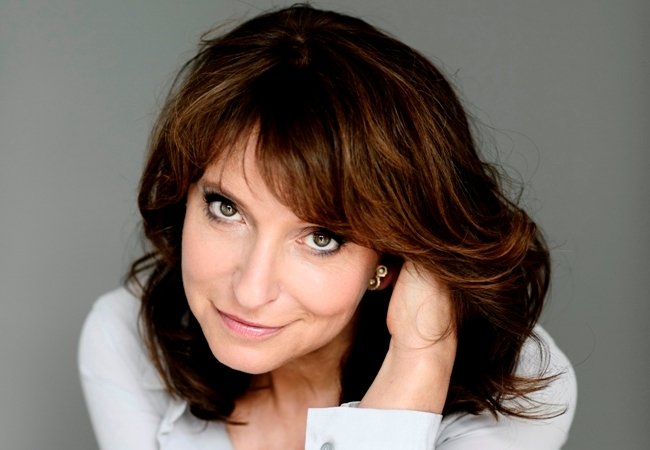 From her breakout amongst the galvanized Dogme 95 movement of the ’90s and ’00s to the international acclaim and ambition of films like After the Wedding and In a Better World, Danish filmmaker Susanne Bier has occupied a vital place in the cinematic pantheon, with her keenly observed portraits of humanity’s desires and foibles.

Next up in her ever-surprising oeuvre, she tackles the espionage thriller miniseries The Night Manager, a John Le Carré adaptation starring Hugh Laurie and Tom Hiddleston, for which she directed all six episodes. The secret to Bier’s success? An understanding of compromise—specifically, when to practice it and when not to. —K.L.

1. A lot of screenwriting isn’t about agreement but about finding a creative, explosive place. It needs to come from different sides to make something really great. The writer I have done the most movies with by far is Anders Thomas Jensen. We switch sides all the time: One of us focuses on the character and the other focuses on the plot and then, at some point, we turn it upside down. The antagonism and back and forth between us keeps the process alive.

2. When approaching a potential financier, realize that he or she has a point of view that, despite coming mainly from a financial perspective, isn’t always wrong. Don’t underestimate this insight. Often the commercial aspects and the artistic aspects of a film are more aligned than you might think.

3. Learn to prioritize. You need to know what is important and then you have to figure out how to get there. It doesn’t mean you get sloppy with other aspects of production, but you have to keep your eye on the ball.

4. Maintain a certain cool that keeps everyone moving forward during production. Every production is volatile. You have to keep a calm point of view so you can control it all while making it look seamless.

Tom Hiddleston (center) on the set of The Night Manager, with Susanne Bier (background, right)

5. Understand what the challenge of the day is. There are certain things that will happen—like the AD will get really antsy if you haven’t done a lot before lunch—and you need that on set. But if in your mind you have the day planned out the right way, you won’t stress about it. You will know where you’re going.

6. I wake up extra early to plan out each day of shooting. I spend an hour to an hour and a half preparing for the day. It’s not necessarily visible; I don’t bring a lot of drawings. But I know exactly what I’m doing. I need that time on my own, not talking to anyone, looking at scenes, potential questions. I go over everything before I get to set.

7. On set I spend an hour with the actors before the crew arrives. We might rehearse or just discuss the day’s scenes. Aside from the actors I’ll only have the DP, first AD and continuity present. I’m very conscious not to have the whole crew. This is the actors’ chance to play. Yes, it adds to the day, but it also ensures we are all aligned before the technical aspects of filmmaking become the main focus. It’s very liberating.

8. At all times I prioritize the actors and the actors know I do this. If there’s an issue, we create the time to deal with it. I guarantee that nobody is going to disturb this time. And often the actors are right when they are struggling with something that is inorganic to their character and the scene. In that case, you need to get through the roadblock.

9. I always go for the creative solution. This creates conflicts with the production team—e.g. I want to get a bunch of trucks down a tiny dirt road. I’m not impractical but I do think my responsibility is to get the ultimate creative solution, so I will fight for that.

10. Live your life as well. Very few filmmakers actually tell meaningful stories if they don’t have experience in life. Don’t think that the way to do it is avoiding life.

Bier on the set of The Night Manager

11. If you’re a woman, don’t feel that you can’t have kids. For the first 15 years of my career, I spent all my money on childcare, and I did that consciously because I wanted to have a career and kids. Figure it out. Don’t feel that you can’t do it or wait for someone on the outside to make it possible for you. You have to make the choice and do it.

12. You want to win the war, not necessarily every battle. MM

The Night Manager premiered February 21, 2016 on BBC and premieres in April on AMC. Susanne Bier photographed by Les Kaner. This article appears in MovieMaker‘s Winter 2016 issue.

Persistence of Vision: Inside the Making of The Witch, a Horror Classic for the Ages
MovieMaker’s Guide to Smartphone Moviemaking: eBook Available