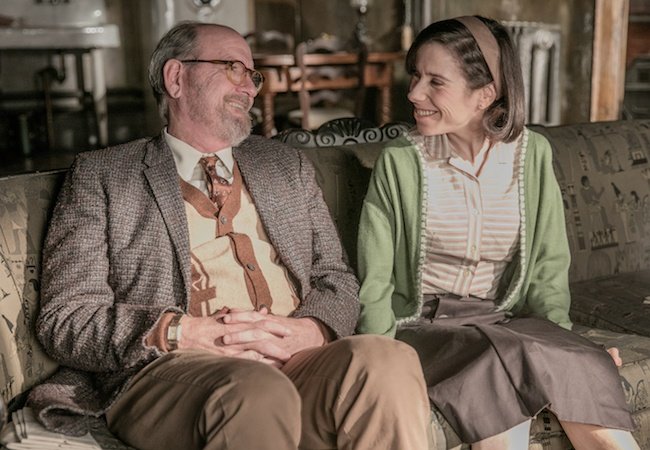 Courtesy of the Academy-Award nominated star of The Shape of Water, here are 10 rules for building, and sustaining, a creative career based on self-reliance.

Years’ worth of inhibition have conditioned Richard Jenkins to inhabit characters weighed down by emotional baggage. The ghost of a deceased patriarch who lived detached from his family in Six Feet Under and a grief-stricken, widowed economics professor in The Visitor are just two of the tortured characters that populate his filmography. In all these roles Jenkins has riffed on regret, loss, loneliness, and repressed desire with warmth, wit, and weight. In his latest film, Guillermo del Toro’s tender creature feature The Shape of Water, Jenkins depicts a closeted gay man who gradually learns to proudly own his identity as a social outcast. Here, the Oscar-nominated actor shares how he shed his insecurities to steer himself toward what has become a remarkable career.

As told to Max Weinstein

1. Movies come along when you need them. They speak to you about where you are in your life. In college, I was thinking about acting, and it was scary. I saw Michael Caine in Alfie—this man who was the only one who didn’t know his life was empty. That saved me, it answered a question for me. I saw Bread and Chocolate when I was struggling with, “Who are you?” Like a fool, I was trying to categorize myself, and it cleared my head. It’s never just the film. There’s always some reason it becomes a favorite.

2. Everything makes sense on screen, so bring what you have to offer. Sometimes you’re oblivious to what a movie has to teach you, so you don’t pay attention. Kurt Russell in Bone Tomahawk is absolutely logical in what he does. Until I worked with him, I didn’t understand that. With Shape of Water, Guillermo del Toro doesn’t try to fit you into some box to say, “This is what you have to be.” He lets you be yourself. The Visitor was me proving something to myself—that I could be in almost every scene and the audience wouldn’t go to sleep watching me.

3. Try to keep a lot of the character’s interior life to yourself. If I talk about the part too much, even to a director, I set up expectations for the person watching it, and in me playing it. I have a big mouth, that’s the problem. I don’t shut up when I should.

4. Leave your ego at the door. You don’t want to be walked over, but the truth is that’s not usually an issue. People in the movie business are generous and want you to succeed. Most actors know that if you’re not good, they’re not going to be good. It’s better when everybody is clicking and having fun, and they usually are.

5. It’s extremely important to be relaxed. There are very talented people that I wouldn’t want to work with, because I can’t do great work when there’s a lot of tension. Some people can, under any circumstance. I can’t. If there’s struggle for the right reasons, I don’t mind. But if it has nothing to do with the work, it’s hard for me.

6. Try to be in the moment. The most important thing about a performance is that there’s a real person living in front of the camera. I’m interested in not knowing what’s going to happen. I don’t plan. It might sound lazy, but it isn’t. You read the script, all the clues are there, and you get this feeling about this person you’re playing. If you hold on to everything, you’re not open to anything, and it’s dead.

7. Failure—even on a daily or weekly basis—is actually very helpful. There are auditions you walk out of feeling worthless. But you try to say, “Why does this happen?” Sometimes the harder you try to connect, the worse it gets. It took me a long time. I’m still trying to figure it out.

8. You’d better start trusting yourself. When you’re in your 20s or 30s, you just don’t believe you’re enough. I didn’t. Whether you think that or not, you do. You’re all you got. There’s nowhere else to look. You’re it.

9. You and all the folks you collaborate with become friends for life. The thing I like least is the first day of shooting. That’s the toughest to figure out—what everybody needs, what they’re like. It’s nerve-racking. I think Robert Redford said, “You always want to reshoot the first week or two, because you’re just getting to know how people work.” The thing I like best happens after that: that part where you really get to know everyone.

10. The only thing you can control is your talent. Career advice is overrated. That’s the only useful advice I’ve ever gotten. You can’t control who hires you, who likes you. So, that’s where your talent should go—not in seeking a career or meeting the right people. Get better. You have to get better. MM

The Shape of Water opened in theaters in December, courtesy of Fox Searchlight Pictures.