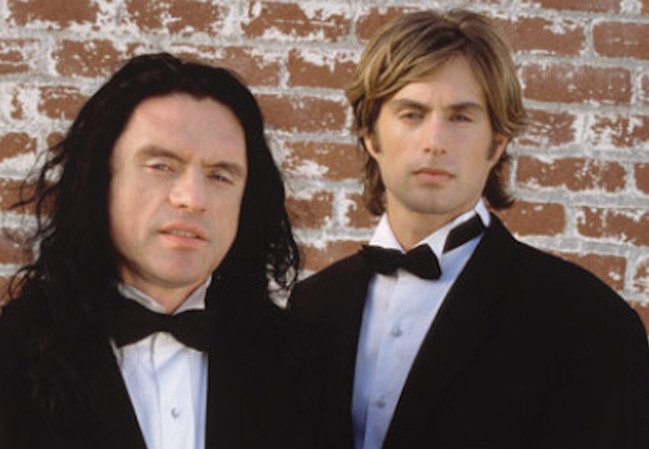 “I’m a nice guy. If people want me to be an example for them, I want them to learn about me better as a person,” director and actor Tommy Wiseau told MovieMaker during our chat with him and longtime collaborator/best friend Greg Sestero at the Gasparilla International Film Festival in Tampa, where the duo premiered their latest joint cinematic endeavor Best F(r)iends.

Made 15 years after The Room turned them into cult stars, their irreverent new buddy picture capitalizes on their pop culture personas to craft a satisfyingly strange adventure about a mortician and a homeless man looking to turn their luck around.

Even after Sestero’s memoir The Disaster Artist and its big screen adaption provided more insight into Wiseau’s personal life, Wiseau remains an enigmatic figure, so getting to pick his brain on moviemaking even a little bit more in-depth was a welcome opportunity. With his well-documented self-confidence, Wiseau shared the beliefs that have kept him going even when things got “complex” in his journey to Hollywood recognition, while Greg, more reserved in his demeanor, reflected on how to overcome criticism and keep your career on track. Say what you will about them, but somewhere along the way, they managed to find a fan base, and are making it work for themselves in unconventional, yet undeniably successful fashion.

Best F(r)iends, directed by Justin MacGregor and written by Sestero, became such an undertaking that the creators decided to release it in two parts. (Volume One will play nationwide on March 30 and April 1, and Volume Two will come later this year on June 1 and 4.) Tommy and Greg’s nontraditional points of view. –C.A.

As told to Carlos Aguilar

1. Be original and don’t steal from The Room. If you want to use material from The Room, send us an email and we’d be glad to give you a minute, or whatever. —TW

2. It’s very challenging to make a film. It’s scary, and there are so many things that are involved, but there’s nothing more powerful than completing a film. It tells you a lot about yourself. —GS

3. There is no formula to make movies. The rules have been changed. The film school teachers tell you how you have to be or what you have to do, but it’s up to you how you want to set up your film production, or whatever vision you have. —TW

5. Keep going and finish the project. With The Room, I wouldn’t change anything. If I shot it tomorrow, I would do the same exact thing. —TW

6. Don’t worry about the ways you’re going to be judged. The hardest thing is just continuing to get up and push yourself to make the movie that you want to make. —GS

8. Make movies with the people you want to make them with. If you’re lucky enough, you will have a group of fans that enjoy and want to see your work. —GS

9. You can’t blame Hollywood. If they don’t give you a job, create your own job. You live in America. You don’t live in China or somewhere else. You have the same opportunities like everyone else. —TW

11. Less talk, more action. You know the story: When I got to Hollywood, we were passing by the Golden Globe Awards, and what did I say? “I’ll make my own movie. Someday I’ll end up there.“ And what happened? After all these years, I went to the Golden Globes. —TW MM