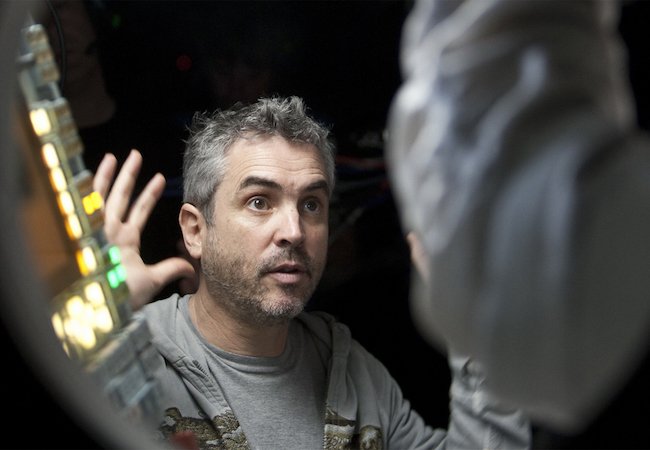 Alfonso Cuarón is a Mexican screenwriter, director, and producer known best for his films Y Tu Mamá También, Children of Men, and Gravity.

Born in 1961 in Mexico City, Cuarón began his career by studying film at one his country’s top universities, the prestigious Universidad Nacional Autónoma (Autonomous National University of Mexico, UNAM). In 1992 Cuarón debuted with his first feature-length film Sólo Con Tu Pareja (released in English as Love in the Time of Hysteria), a satirical take on one man’s sexual crisis.

Cuarón has since gathered an esteemed international profile, helming a far ranging variety of projects, including blockbuster young adult franchise films (Harry Potter and the Prisoner of Azkaban, 2004), ambitious concept films (the dystopian Children of Men, 2006), and in 2013, the prestige film that won him the Academy Award for Best Director, Gravity. MovieMaker sat down with Cuarón for tips on directing, lighting, and being happy in Hollywood.

On the Director-Actor Relationship

The process of each actor is different. Some are intuitive, some love to rehearse, some hate to rehearse. In some instances, you may want to rehearse even when they don’t want to; it’s just a matter of them understanding the process. Actors are so exposed. Directors are behind the camera crafting our world while the actors are exposed in front of the camera, exposed with their emotions. It’s a matter of finding the best atmosphere for them to work.

On the Evolution of a Director

My approach has evolved from film to film, learning from movie to movie. When I first started I didn’t understand the joy I can get out of creating the rhytmn of the scenes on the set with the actors. I always thought: “I’ll craft that in the editing room.” With Y Tu Mama Tambien, which has so little cutting, I learned so much about that. I learned about how much fun it is.

For me, Emmanuel Lubezki is more than a lighting cameraman, he is a narrator. When I’m writing a script I will talk to him about narrative approaches; we try to explore different narrative possibilities with film, not only the narrative of the script, but the narrative of the images. He collaborates from the very early stages of development.

On Happiness as a Key to Artistry

I’ve been thinking lately that the more that I embrace life and the more that life becomes a priority, because before film was a priority and life was a function of film, I felt more at ease with the possibility of doing film. I am way more fearless about it. Because I’m happy, I’m very curious about life and I enjoy the life process. I like how life puts tests in our way. I like to be a little detached and observe the life around me and my role in it.

On the Art of Storytelling

On U.S. vs. Mexican Rating Systems

I’m very proud of Great Expectations. It’s a movie that I learned a lot from, more so than with any film I’ve made, because sometimes you learn through your mistakes. A mistake there was having the arrogance to think that the script problems would be solved on the shoot. And you realize that script problems are solved on paper, not later on. Another thing is that you cannot overcompensate with visuals for what is not on the page. MM

From Mexico to Hollywood and Back
Lessons from Confidence Man