The World to Come: Casey Affleck, Katherine Waterston and Mona Fastvold on Their Pioneer Romance 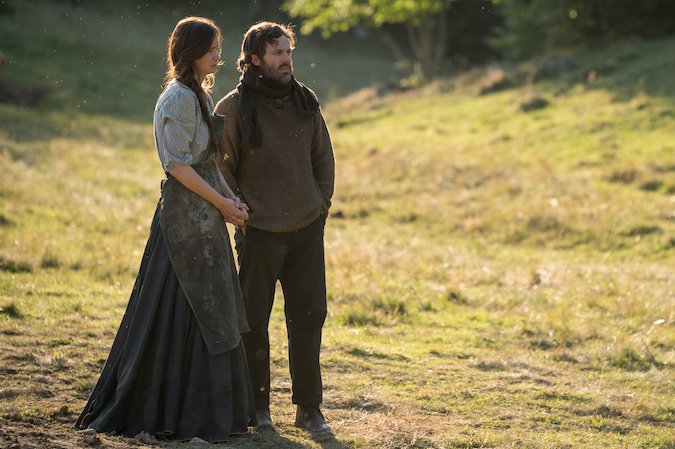 Shot on 16mm in 24 days in the Carpathian Mountains in Romania, The World to Come is a pioneer love story told over several seasons. Director Mona Fastvold rejected lots of advice about how to scale down the film’s ambitions — including from producer and star Casey Affleck.

On the latest episode of MovieMaker — which you can listen to above or on Google or Spotify — Fastvold described the limitations everyone tried to impose on her story of two women played by Katherine Waterston and Vanessa Kirby.

“As a filmmaker, everybody says don’t shoot on film. Don’t shoot on location. Don’t reach for the cast that you want. Constantly you’re being told to try and think small. That’s the hardest thing about my generation of filmmakers, is that we are being told to make movies that place inside of a living room on a couch. And that’s not very exciting to me,” she said.

Fortunately for her, she said, “there are a bunch of actors who are just dying to do that kind of stuff. Little do you know that they don’t want to sit on couches and eat sandwiches and talk about their feelings. They want to be part of a universe.”

Waterston and Affleck are two such actors, and they joined Fastvold for the conversation. Affleck and others suggested shooting on digital, which they assumed would allow time for more takes. (Affleck jokingly admitted he selfishly wanted more takes as an actor.) But the very tight production schedule meant they wouldn’t have had time for more takes anyways had they shot on digital.

Thankfully, his opinion was ignored. 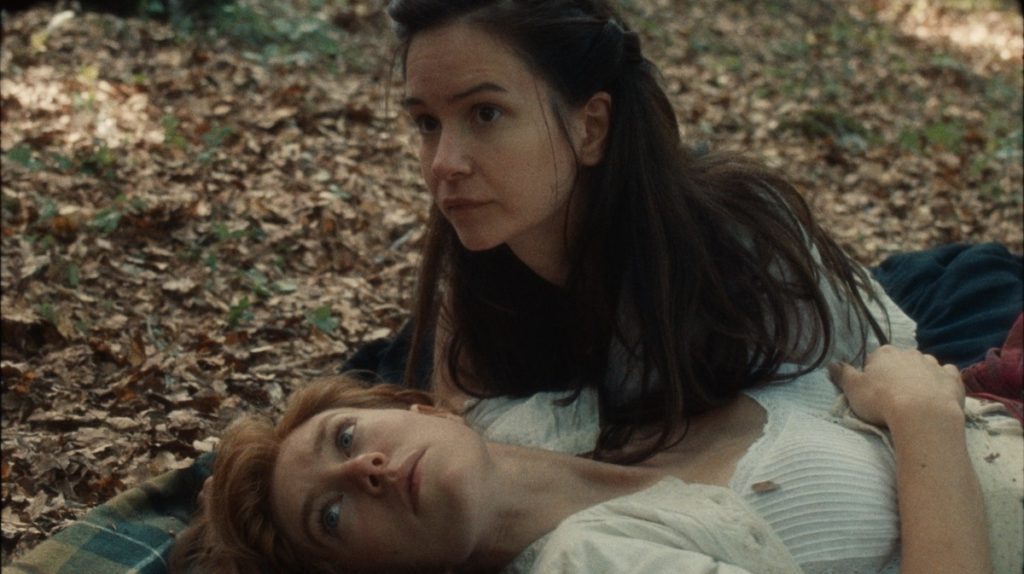 The project is a labor of love for Affleck. He knew author Ron Hansen from starring in The Assassination of Jesse James by the Coward Robert Ford, which writer-director Andrew Dominik adapted from Hansen’s novel. Affleck told MovieMaker that he “had read all of Ron’s books” and when he approached Hansen about collaborating, Hansen sent Affleck two short stories from Jim Shepard, who Affleck didn’t know. “The World to Come” was one of these stories.

From there, Affleck joked that, “It took about 12 years to get the financing, which was $673 to make the movie.” 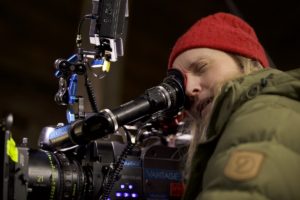 The World to Come director Mona Fastvold on set. Photo by Toni Salabasev

In the film, Waterston’s character, Abigail, leads the story with near constant voiceover that offers a window into how she deals with this newfound forbidden love for neighbor Tallie (Kirby).

Fastvold felt Abigail’s voiceover was “an equal part as any other parts of the screenplays.” So she ignored advice to tone down the narration.

“All the feedback on the script was always, ‘It is good, but there’s too much voiceover. Maybe you should cut the voiceover.’ I was like, ‘No, I think we should have more, even more voiceover.'”

“I love that it was just drenched in it. When you think it’s done, no, she starts on something else.”

This was Waterston’s first experience with voiceover, and she prepared by getting a lot of the bad takes out of the way at home alone, reading Abigail’s inner monologue out loud. She also did scratch recordings that Fastvold used to time out how long she would need for certain shots.

“Something Mona and I talked about a lot is, how do we get this voiceover that feels so embedded in the script, so delicately woven in, how do we do that weaving with the camera and with my voice?” Waterston said. “Mona was so smart to have us do scratch recordings on set and then she would time tracking shots with the rhythm and the duration of these excerpts.”

The World to Come, directed by Mona Fastvold and starring Casey Affleck and Katherine Waterston, is now in theaters, from Bleecker Street.

People vs. Larry Flynt Writers Say Flynt’s Own Lawsuit Gave Them the Legal Right to Tell His Story
How Vanessa Kirby Breaking Her Ankle Altered Her The World to Come Performance