The Water Man, the directorial debut from actor-producer David Oyelowo, takes its cues from the 1980s films of Oyelowo’s youth — stories like Stand By Me and The Goonies that took kids seriously, and sent them on serious quests.
The film stars Lonnie Chavis as Gunner, a young boy who seeks out a mythical being in hopes of saving his seriously ill mother, played by Rosario Dawson. Oyelowo plays his father, who struggles to bond with him. Alfred Molina, Maria Bello and Amiah Miller round out the cast. The film comes from the Black List screenplay by Emma Needell.
In the latest issue of MovieMaker Magazine, Oyelowo talks with director Will Gluck (Oyelowo stars in Gluck’s latest film, Peter Rabbit 2) about making a movie that plays to both kids and adults, without cutting corners with either.
“A real inspiration for this film was Stand By Me, which is an R-rated film, but I still think of it as a family film. Only the language makes it an R-rated film,” Oyelowo says. “I’ve watched that film as a kid, and I’ve watched it as an adult, and it has different effects on me, but it’s still just a great film. And I showed it to my kids the other day, and they just loved it. They just lapped it up. It was about not patronizing kids, and not pandering to adults.”
Won’t You Take 10 Seconds to Sign Up for Our Newsletter?
The Water Man sends Miller and Chavis’ young characters on a frightening, high-stakes journey, deep into mysterious Oregon woods. The main protagonist may be 11, Oyelowo says, but he is still determined to do anything he can to protect his mother. So the director brushed off any pre-release objections that the boy seemed too young for such a bold undertaking.
“I knew that what I wanted to put in the world was a film about sacrificial love and the fact that an 11-year-old could literally risk life and limb for his own mother,” Oyelowo tells Gluck. “And I had a relationship like that with my mother. And that to me is what family is actually about. I didn’t really mind if people thought, ‘Oh, no, an 11-year-old wouldn’t do that,’ because I know what kind of 11-year-old I was. And I wanted to see that on screen. So that was a non-negotiable for me.”
The Water Man, which has a 91 percent on Rotten Tomatoes, premiered to acclaim at the Toronto International Film Festival last fall. It will be released only in theaters on May 7 from RLJE Films.
Here is the full poster for the film: 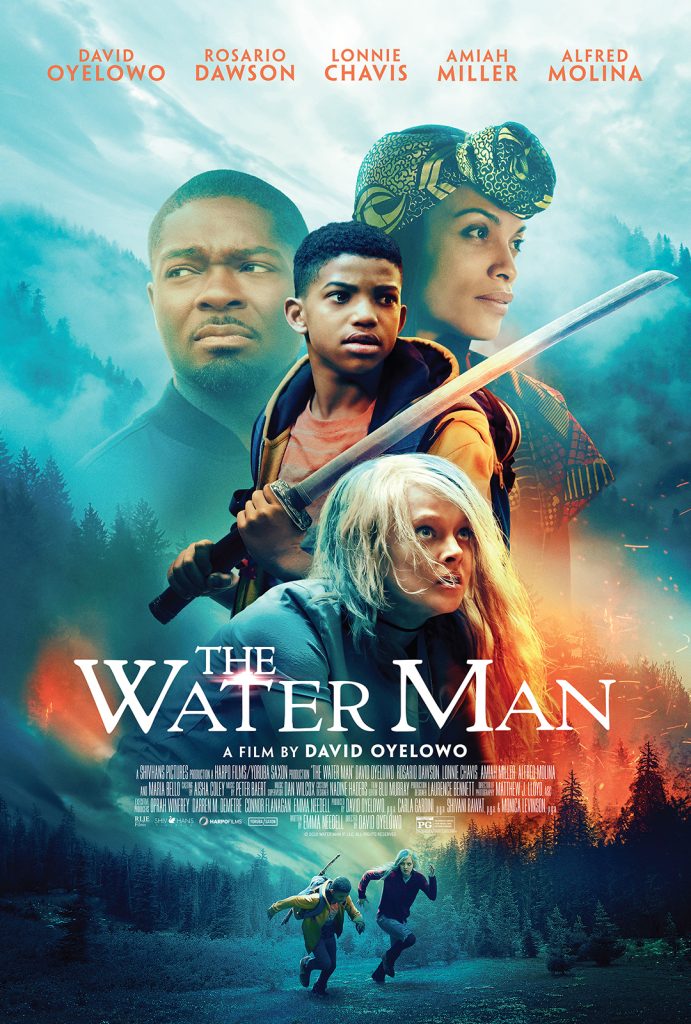