Smile More: The Sound Director on the Strength and Complexity of her "Bitchy" Protagonist

Every woman has been told to smile. By strangers. By lovers. By friends. Society has come to expect the mask of pleasant femininity of us at all times, no matter the cost.

I knew when I wrote the character of Kelly Johansen in The Sound, her edge and disinterest in people pleasing would rub some people the wrong way. Her cold behavior towards her fiancé might make her a “bitch” to some—including a couple of male producers on our team.

When they asked questions like, “Why can’t she smile more?” “Why isn’t she sweet to Ethan?” I had the sneaking suspicion those questions and issues would likely never arise if the character were a man. We don’t expect men to people-please. We admire them for their toughness and single-minded ambition. And yet, on a woman, these same attributes become recast as “ugly” and “bitchy.” Or worse, the dreaded “difficult.”

Rose McGowan as Kelly Johansen in The Sound.

I wrote the character that way because it felt right. Kelly uses her work as a shield to guard against her feelings. She’s closed off because of her unresolved pain and fear—her memories haunt her and color every decision she makes. To me, these qualities make her character richer and more interesting. Not everyone agreed. Some producers wanted her to be more likable. Sweeter. And definitely blonder.

As a filmmaker, you sometimes have to make the hard calls. It’s not that you should be precious about your work, because film is a collaborative medium, even when you’re the writer/producer/director. But you have to know where to draw the line and not betray your characters or story based on the opinions of others. Your vision has to be strong and unapologetic. You have to create what’s in your mind’s eye, even when those around you are questioning it. Ultimately, there can only be one captain. As a female filmmaker, this is one of the bigger challenges. I’ve worked with misogynistic DPs, condescending producers, and have heard my fair share of mansplaining. Some of my biggest advocates and allies, however, have been men.

Within this ongoing conversation about female empowerment, it’s important to remember that men aren’t the enemy. It’s the image of women that society has created that’s stifling. The smiler. The mother. The docile who is compelled to hide her true self beneath a haze of glitter and makeup and physical assets. The inclination to be “sugar and spice and everything nice.”

Filmmakers have a responsibility to present society with another narrative. Women can be bold and strong and fearless. Those qualities don’t take away from their femininity—it enhances it. Fortunately for me, Rose McGowan, who plays Kelly, understands the power of female strength. Ultimately, it’s Kelly’s journey to discover her vulnerability within her innate strength that makes the character interesting and nuanced. 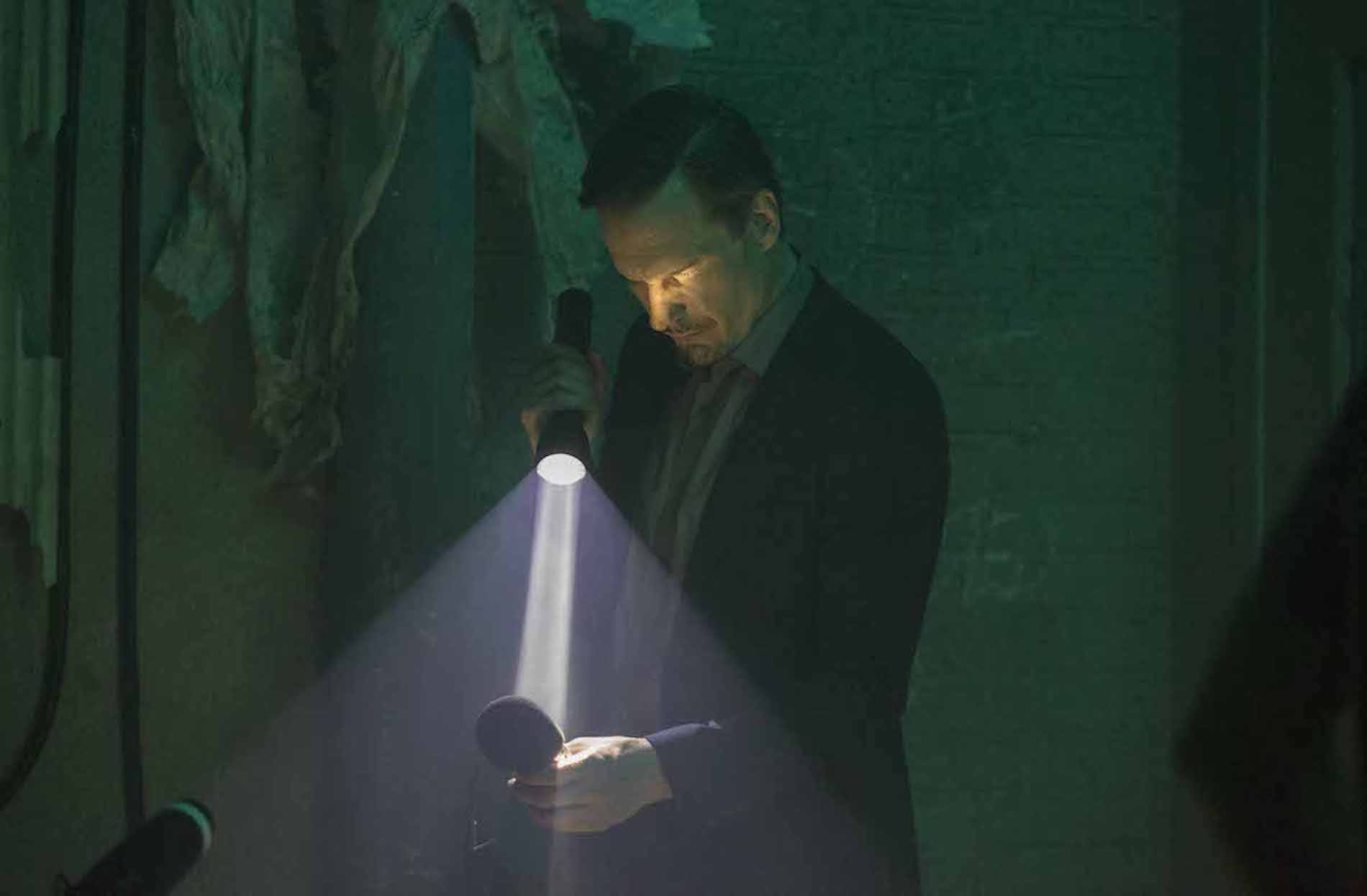 To the male producers who say Kelly needs to smile more, I say why? Because it makes you uncomfortable for a woman to be unapologetically bold? Because it somehow takes away from your masculinity to allow women the same nuanced behavior you are entitled to?

As filmmakers, we are lucky enough to be in a small percentage of the population that gets to tell stories that transcend and survive long after we are gone. In having that privilege, we also have the ability to influence the next generation. To stop perpetuating the myth of the virgin-whore complex. To allow them to be flawed—and god forbid ugly. Rose is obviously a beautiful woman. But I envisioned her as more of a techie Indiana Jones than a beauty queen. We dressed her like an explorer, out on an adventure prioritizing comfort over fashion. To me, it made her more beautiful than if she were wearing a distracting costume to draw leers and ogles.

In the end, it’s really about being true to oneself and your characters. That means allowing female characters to be as “messy” as their male counterparts. That’s the how I write my female characters now, after years of thinking there was some female ideal. I’ve realized the ideal female doesn’t exist. We are all ideal, as long as we are true. MM

Hollywood’s Four Classic Narrative Types, Part I: When the Bad Guys Win
“You’re Holding Up a Mirror, and the Reflection is Ugly”: Chucky Creator Don Mancini on Horror Screenwriting