In directing both the Chinese indie Dead Pigs and the Warner Bros. superhero film Birds of Prey, director Cathy Yan had one key word of guidance for her actors: “React.”

In the latest episode of Demystified, from StudioFest, Yan speaks with Souvenirs director Anna Mikami — who also just happened to be an actor in Birds of Prey. Mikami noted that they both studied film at New York University, and that New York moviemakers tend to share a vocabulary — including references to the Strasberg and Stanislavski methods — that may not mean much to Chinese actors. Mikami asked her how she got her ideas across to the Dead Pigs cast.

“Basically all I said was just, ‘react.’ I think in an interesting way that kind of pushed everyone out of their comfort zone,” says Yan.

She continued: “On the flip side, it was nice to not talk so much about what was happening and just react in the moment. And that’s typically my method, actually — it’s very much to just play around when we’re shooting. And maybe I’ll give direction to the off-camera person in order to get a reaction on-camera.”

“That was a sort of method… that really worked on Dead Pigs and kept it alive and funny and I think we found a lot of interesting moments that way. And on Birds, too, a little bit.”

Though Dead Pigs, which Yan also wrote, was her debut feature film, most Americans saw Birds of Prey first. The film stars Margot Robbie as Harley Quinn, leading a misfit posse of Gotham’s toughest women. It was  released last year — about a month before COVID-19 started shutting down theaters. 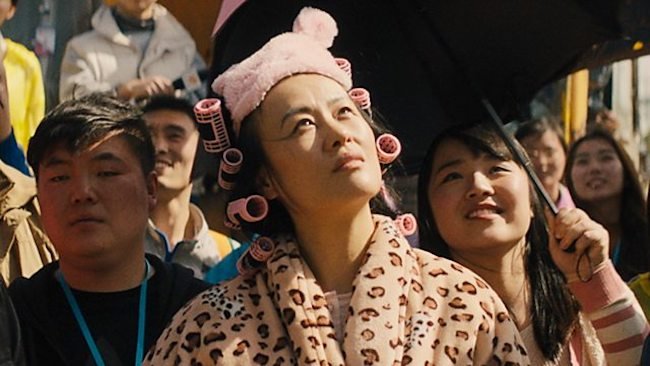 Dead Pigs was released overseas in 2018, and debuted for American audiences on MUBI on Feb. 12. The social satire, is based on the true story of more than 16,000 dead pigs turning up in the Huangpu River in March 2013. It is informed not only by Yan’s sensibilities as a filmmaker, but as a reporter: She worked previously at the Wall Street Journal.

StudioFest’s Demystified series pulls back the curtain on every aspect of making and releasing an independent film. StudioFest is a film festival in which each year’s winners receive $50,000 to make an indie film. Mikami was the first winner in the directing category, and worked with writer Matthew Sorvillo on Souvenirs.

You can learn more about StudioFest — and apply for this year — here.

Dead Pigs, written and directed by Cathy Yan, is now available on MUBI.

Who Was Harry Anslinger, the Government Official Who Targeted Billie Holiday?
The World to Come Producer-Star Casey Affleck: ‘If You Write More Drafts, the Writing Gets Better’