The Rundown: Borat 2 Star Gets Covid; Affleck Was Right; How Citizen Kane Was Reviewed in Its Time 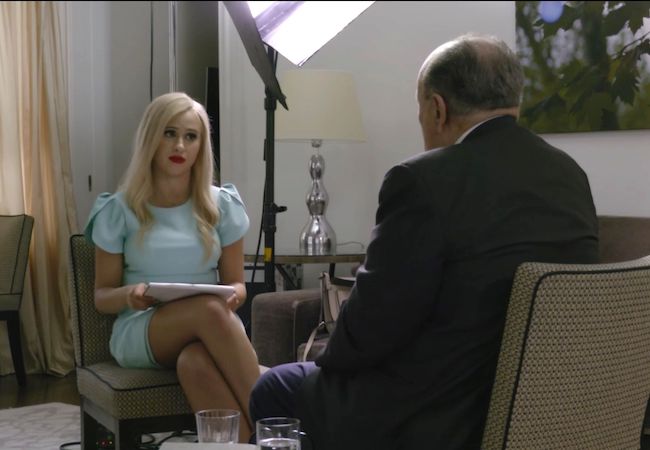 In today’s Movie News Rundown: A certain Borat 2 star tests positive for COVID-19 after the film showed him engaging in risky behavior; Netflix rejects a ridiculous request for The Crown; and how Variety reviewed Citizen Kane — subject of the new film Mank — when it was released in 1941. Plus: Ben Affleck was right.

Borat 2 Star Tests Positive for COVID-19: Or as President Trump put it, in an error-filled tweet: “Rudy Giuliani, by far the greatest mayor in the history of NYC, and who has been working tirelessly exposing the most corrupt election (by far!) in the history of the USA, has tested positive for the China Virus. Get better soon Rudy, we will carry on!” At least we all agree with “get better soon.”

Borat Flashback: I don’t want anyone to get COVID-19, but Borat 2 showed how reckless Giuliani has been during the pandemic. He met with actress Maria Bakalova, who played Borat’s daughter, after failing to properly vet her and falling for her fawning-journalist routine. He met her — a total stranger — without a mask, then made no apparent attempt at social distancing, and went into her hotel room, for whatever reason. He has also traveled the country shaking hands and posing for pictures, unmasked, in recent days. Again, may he get well soon — and be more careful.

Good for You, Netflix: It has rejected calls to label The Crown as a drama, because of course it is. “We have always presented The Crown as a drama – and we have every confidence our members understand it’s a work of fiction that’s broadly based on historical events,” a Netflix spokesperson told Variety. “As a result we have no plans — and see no need — to add a disclaimer.” 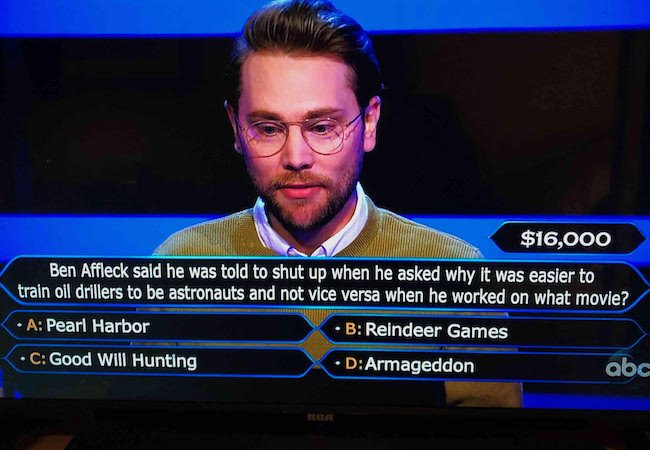 ‘You Know Ben, Just Shut Up, OK?’: The moment when Ben Affleck asked Armageddon director Michael Bay why it was easier to teach drillers to be astronauts than to teach astronauts to be drillers was memorialized last night on Who Wants to Be a Millionaire, and captured by our sharp-eyed managing editor Caleb Hammond.

If You Have No Idea What We’re Talking About: Enjoy this video.

Minor Premise: First-time director Eric Schultz shares his advice for first-time directors with No Film School. His film Minor Premise is about a neuroscientist whose consciousness becomes fragmented, and in this terrific piece, he explains how he spent $100 at a butcher shop to help visualize that concept.

Did You Watch Mank Over the Weekend? If so you might enjoy Variety‘s original 1941 review of Citizen Kane, which is initially focused on how Orson Welles notoriously tricked lots of people into thinking martians had landed with his radio drama War of the Worlds. But the review soon gets to Citizen Kane itself, noting it is “a first-class film of potent importance to the art of motion pictures” while at the same time expressing disappointment that “there aren’t half a dozen snickers in the film.”

One More Thing About Borat 2: Did everyone see that Borat Subsequent Moviefilm was New York Times critic A.O. Scott’s No. 1 pick for the top films of 2020? It’s an inspired choice, not only because of how it handled COVID-19 onscreen but how it overcame the limits of shooting once the pandemic struck. Also, it had well over half a dozen snickers.

R.I.P. Malcolm Marmorstein: The screenwriter best known for his work on Dark Shadows and Pete’s Dragon died on Nov. 21 of cancer in Los Angeles, his son said. Marmorstein also wrote Return From Witch Mountain, and S*P*Y*S, one of several films he wrote for his friend Elliott Gould.

Comment of the Day: Selma Solberg responds to our response to Francis Ford Coppola’s re-edit of The Godfather III: “I will never understand this kind of disdain for the third in the trilogy. For my part. this is the one I prefer, by far! And I find that Sofia Coppola plays her role admirably. I’m a little tired of seeing the critics shoot this film, and never do anything on the second, which was poorly constructed and did not pass the ramp.” The Godfather III re-edit, entitled Godfather Coda: The Death of Michael Corleone, is out on Blu-Ray and streaming tomorrow.