How They Did It: This Director’s New Doc About Legendary Acting Coach Larry Moss Demystifies the Acting Process

Film has been associated with magic since its inception.

Even as a child, the interaction and connection between everyone involved in producing a movie—everybody from the writer, performer, director, and crew to the editor and composer—were magically seamless and attractive to me. Film appeared as if it were conjured by the mystery of alchemy instead of by human effort. And ironically, film is like the trick of a magician—impossible to detect until the sleight of hand is revealed as being simply a series of events that lead to the end result on the big screen. The process is painstakingly rehearsed, explored, experimented with and polished until the outcome seems effortless, authentic and compelling. The purpose of my documentary The Process is to record and showcase how to go about carving a performance; in this case a technique created by a universally acclaimed acting coach of the highest order, Larry Moss.

I personally had the pleasure of working with Larry Moss as my coach. He’s a master of the acting craft, and a universally sought-after teacher whose class has something like a six-year waiting list. My goal was to capture Larry’s mentoring for other actors and director, especially those who may never get the chance to have someone like him as their coach, and do it in a way that is entertaining and easily accessible. Fortunately for me, Larry liked the idea and agreed to be part of the project.

I shot hundreds of hours of footage of different artists working with Larry at multiple venues, but our first edit didn’t work. It was more like we were reinforcing the notion that acting is alchemy, rather than a process. But we kept talking, kept attempting to find the right avenue to communicate what we wanted the viewer to assimilate. Everything changed when Larry called me and said James L. Brooks had invited him to come to the University of Southern California to work with student directors on how to work with actors. Before he could even finish his sentence, I said yes. Finally, the project was taking a direction that would actually shape a story. 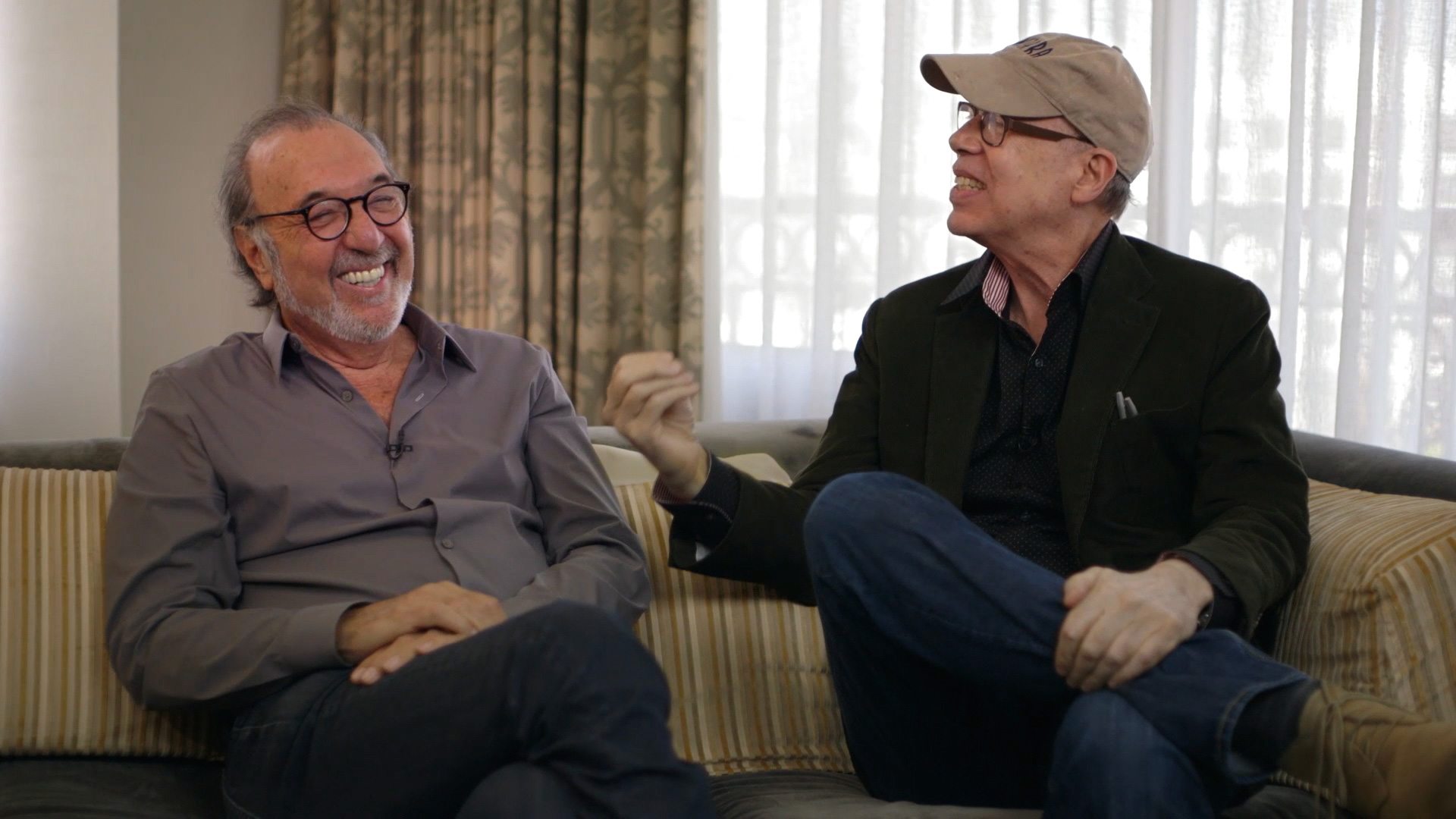 Everyone agreed and the date was set. I hired director of photography Scott Simmock and Andrew Gerety, grabbed the cameras and a couple of camera operators and a sound mixer. My good friend Thom Adcox offered to come help and be our production assistant. With a venue as spacious as USC, I chose to have a monitor and headset so that I could see all four cameras simultaneously and direct from one focused place instead of running around from camera to camera as I had before. I wanted the camera to have an emotional point of view to capture the spontaneity and exploration that was about to unfold. I asked each operator to be prepared to rack focus, zoom, whip pan and follow the action.

The crew and I showed up and watched some rehearsal of the actors with the directors. We set the cameras, did a sound check, and eagerly waited for night to fall and Larry and Jim to arrive. It was like waiting for the main attraction at the beginning of a rock concert.

We started filming almost immediately in the parking lot as Jim and Larry arrived and followed them into a sound stage that was exploding with energy. Everyone quickly took their seats. I got behind the monitor and off we went. There were no marks on the floor so I had to chase and anticipate everyone’s next move, and direct the camera operators as it happened. It was an organic and a very symbiotic process of discovery with Larry, James, and the young directors and actors.

Watching him work with the director and the actors was not only inspirational, but also provided insight into how he identifies with the psyches of those he’s working with. He understands deeply that actors have the wonderful job of animating written characters. They employ visual, emotional and intellectual tools to correctly capture what is intended by the writer under the supervision of the director. They get to call upon experience, imagination and intelligence equally and the thrill they show after discovering something new is gold. Larry’s process allows this to happen.

I wanted to make this film about doing the work. I just kept watching people and listening as I shaped the film. People want to learn and be entertained and invest a short period of time. The longer version of the film interfered with the objective, so the editor and I kept carving and trimming. As we were attempting to “release” our film from the footage, that objective continued to reveal itself. The huge challenge in editing a documentary is discovering the essence of truth of the message of the film and excavating the purpose.

The premise of the documentary is that acting is not realized through the power of magic, but maybe I’m wrong to remove magic from the equation completely. From Larry, to our wonderful executive producer Ralph Hemecker, to editor Andrew Ehrich, to composer Bronic Bednarek, people who were inspired  by the film’s message just kept showing up at the exact right time! I would talk to artists about the film and it was like a lightbulb would go off and they would offer their ideas and passion to help with the film, all of which were extraordinary and gratefully accepted.

Whatever you do in life, we hope this film inspires you to fall in love with your process and just do the best that you can do with anything you’re doing. As the film shows, courage and resilience power your imagination to invent. MM

The Process is available on October 25, 2017 on Blu-ray and DVD through its website, which can be found here.

The Wonder of It All: Todd Haynes Shares The Behind-the-Scenes Challenges of His Magical New Film
Embrace Horror and Horror Will Embrace You: Patrick Brice and Mark Duplass’ Intro to MM’s 2018 Horror Guide

A Charlize Theron and Keanu Reeves Action Movie? ‘I’m All About It,’ Says Theron