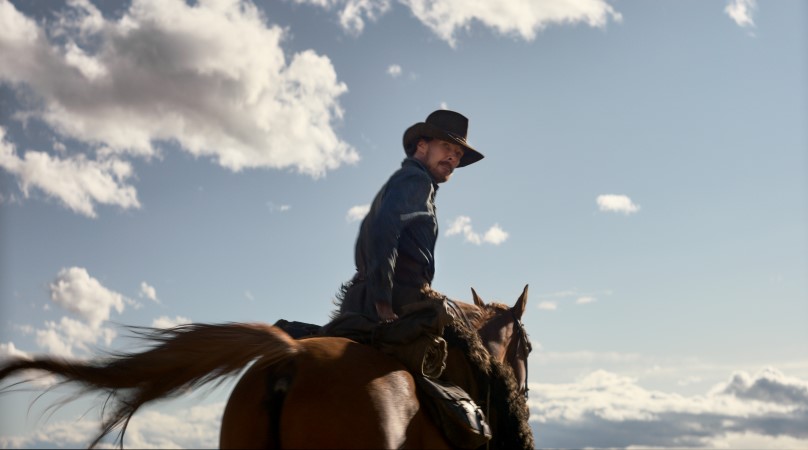 Cinematographer Ari Wegner needed a detailed spreadsheet of all the sightlines in The Power of the Dog, because the shoot was split between two very different parts of New Zealand: the sweeping landscapes of its Central Otago region, and a studio in the major city of Auckland. The film stars Benedict Cumberbatch as a cruel 1920s cowboy named Phil Burbank who bedevils his brother’s wife and her son (Kirsten Dunst and Kodi Smit-McPhee). Making sure the actors appeared to see each other eye-to-eye, from one shot to the next, required close attention to detail. Fortunately, both Ari Wegner and writer-director Jane Campion were committed to the task, as Wegner explains here.

We started prep about a year before we shot. Jane likes to tackle the scariest things first, to not shy away from them, to go straight for the most challenging. The film takes place over an entire year, but we were going to be there for only one summer. That’s why we started scouting so early, because we wanted to see the locations in the time of the year that we’d be there.

Myself, Jane, the production designer and the effects supervisor were all scouting and chatting about one of the scary scenes: the castrating of a calf. This was difficult, because obviously, we didn’t want to harm animals. That was important to us. But it was really difficult to shoot a calf being castrated without castrating a calf. And we wanted to see it in detail — there were lots of challenges. That was our protocol before we go into the easy-but-fun stuff, which has less restrictions and less obstacles. 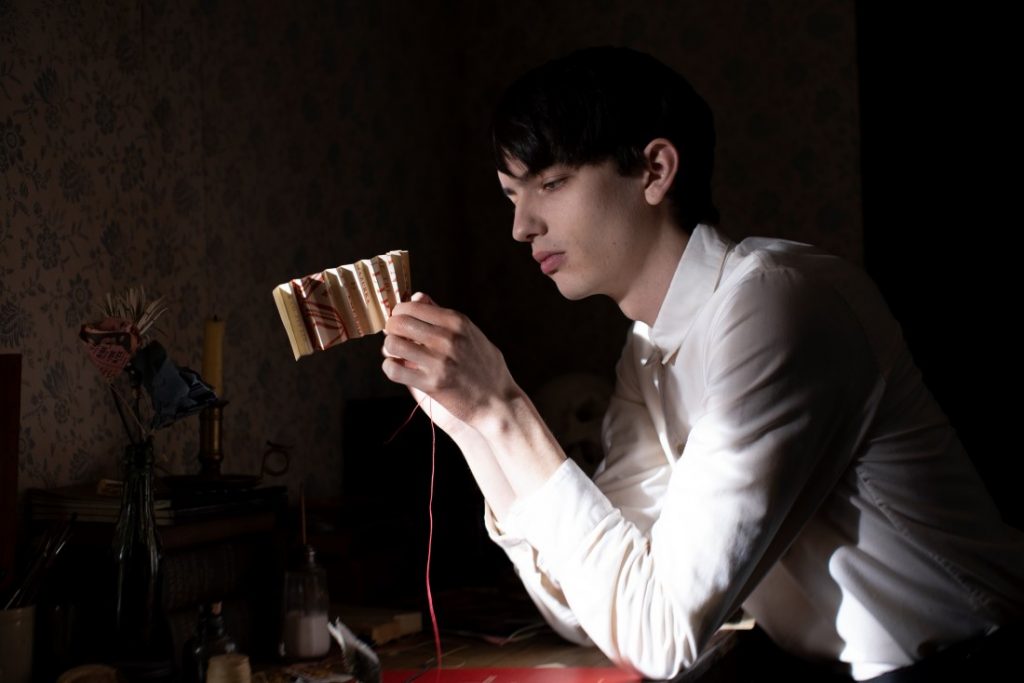 Kodi Smit-McPhee as Peter in The Power of the Dog, directed by Jane Campion and lensed by Ari Wegner. Photos by Kirsty Griffin/Netflix

It can’t be underestimated how long planning takes. For me, it’s at least 100 hours to properly plan a film. But it’s probably like four or five hours max of storyboarding before your brain melts down. Jane and I did about a month one-on-one together. We went out of town close to the location. So we’re in the office with turned-off phones and emails, and just got to work. We probably had at least four weeks of full-time storyboarding. It was probably about five or six hours a day of that, and if we were to take a break, it would be like, OK, let’s go for a drive and go on location to see if this plan actually works in reality. Or: Let’s go for a walk and talk about how we’re going to do some other difficult thing. Just being together, planning — 100 hours is the bare minimum to do it properly. And that’s one-on-one without any distractions. It’s my happy place when I’ve got that. Everything becomes easier after that.

We looked the most at historical photos from the time. There was quite a bit of photography — it was becoming more popular and more available. That was super inspiring. We also looked at artists like Andrew Wyeth and Lucien Freud, who we both really love. They have a color palette and a kind of minimalism as well.

There are filmmakers that excel at either end of the spectrum — those that love to plan everything, from what lens, to every single shot, before you even get there, to other people that excel in just responding to the moment.

I like to have a Plan A to start with that works if nothing else presents itself as better on the day. But if something happens to be incredible while you’re standing there — the light’s amazing in the other direction or one of the actors offers up an incredible moment, something you hadn’t planned for that could work with a few small tweaks — that will be the shot. So it’s important to arrive with a clear plan, just because time is of the essence.

That also means that if you’ve done a Plan A, then you can sleep on it. Plenty of times we storyboarded scenes and then revisited them a week later and realized, Actually the scenes could work in one shot. Or there were scenes we brought in thinking they would work in one way, slept on it, or went through a bit more specifically, and realized, No, we need an option to make this thing shorter. Or: Let’s get an option where we change the angle. So in the edit, you could truncate the scene, or lose a line of dialogue or something like that.

We were also designing shots based on how long they’re needed in the edit. For example, when Peter (Smit-McPhee) goes on his mission on his horse, those shots needed to be designed to maybe only last for five- or six-second beats on his journey. They were designed in a particular way, knowing that they would be part of a montage that shows someone traveling over a distance. 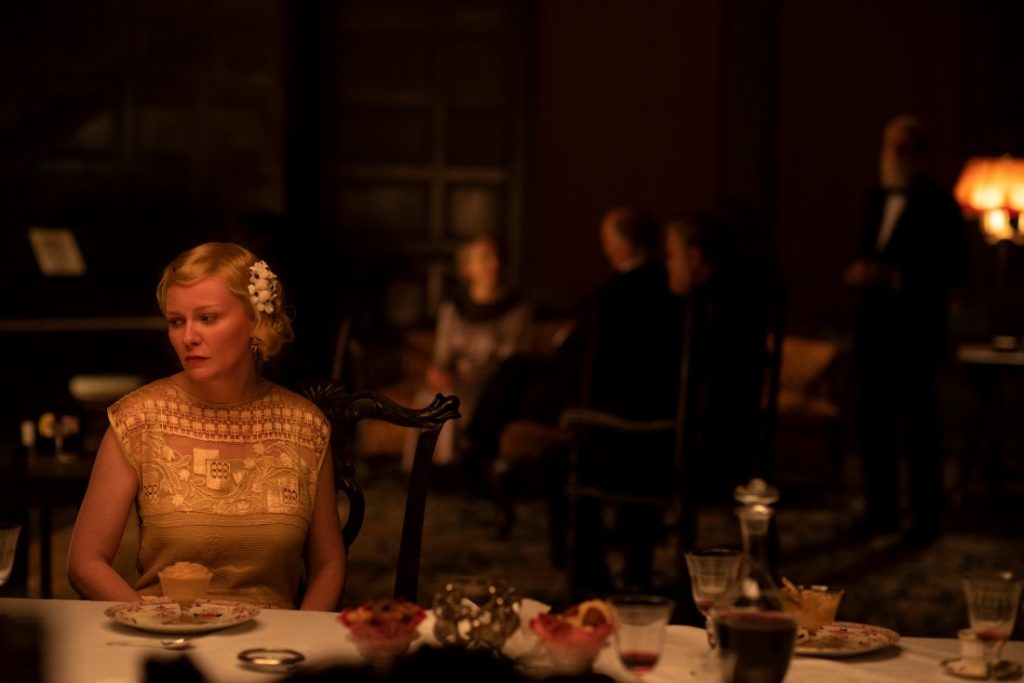 Or when you see the cattle drives, those shots were all designed knowing that in this frame, we have five seconds to show that many cattle are moving uphill. We wanted it to feel epic and to cover long distances, and to see some of the landscape. And we also needed to recognize Phil in it. The requirements of the shots might be that they needed to be five to 10 seconds, maximum.

That’s how we approached most things, quite meticulously, calculating the perfect spot for each.

For a cinematographer and a director who haven’t done a long project together before, it’s a bonding experience. Through all those hours of planning, you get to know each other really well and learn how to disagree and then continue working. You get really good at seeing what each person’s like when they’re tired, or reading their cues.

Then when you arrive on set, you’ve already got a great friendship and a language before you have to make it all happen with people that you might not know so well. You’re there to execute your plan, and the crew can do their jobs much better if there’s a plan.

The main aspiration was to make a film that people could think about afterwards. A strongly retrospective experience, so you will be watching it, and then when it comes to an end, there’s still a lot more of the experience to come, when you think about it later. And you could have another experience watching it a second time.

That comes from a film that respects its audience. The way the information is told, you get to slowly piece it together.

The Power of the Dog, written and directed by Jane Campion and lensed by Ari Wegner, is now available to stream on Netflix. Photos by Kirsty Griffin/Netflix