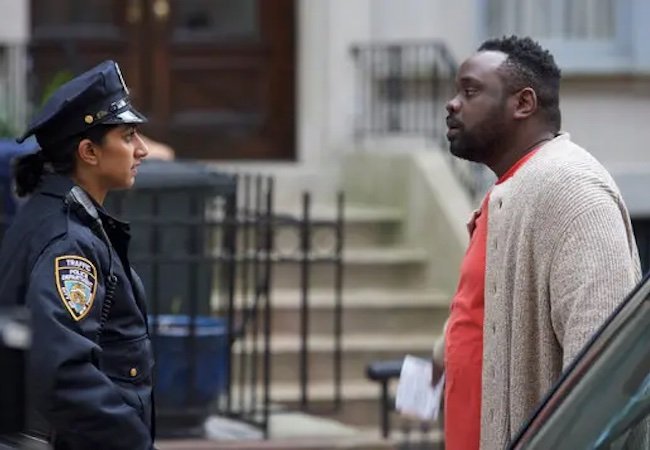 The Outside Story was shot before the pandemic, but the amount of people who can relate with this story increased exponentially over the past year.

This timely story for a weird moment in history, by Casimir Nozkowski, is the subject of our latest Low Key podcast, which you can listen to above or wherever you get your podcasts.

The Outside Story begins with a very relatable experience: newly single Charles (Brian Tyree Henry) has locked himself outside of his apartment and needs to get back inside immediately. A work emergency can’t be addressed while he is unable to reach his computer, forcing the introvert to deal with the issues that made him coil away from the world. To make matters worse, his ex-girlfriend Isha (Sonequa Martin-Green) is on the way to pick up the last of her things from the apartment.

Also Read: Making The Outside Story Taught Me This: Shooting on Rooftops Is Hard

The day couldn’t get any worse, except it can. Charles finds a way to make it through the day through his interactions with strangers who probably could’ve helped him earlier if only he would come out of his shell sooner. Charles believes his self-imposed isolation played a large role in his breakup with Isha.

The audience learns early in the film there’s more to this than his initial framing, but Charles is really committed to the hermit life. One of Charles’ neighbors remarks, “This is my stoop,” but she’s never seen him before despite his living residence being the same for three years. He’s not a slop. He makes a good salary as a remote video editor. He just doesn’t want to interact with anyone but Isha.

Romantic comedies taking place around Brooklyn brownstones are nothing new. What sets them apart is character — different kinds of people with various experiences and hangups making a difference in each other’s lives. People are complicated.

Nozkowski is clearly interested in demonstrating this point by layering many characters with genius talent, desire, doubts, fallibility and forgiveness. That’s difficult to do with less than 90 minutes runtime and across several characters. But the movie succeeds at giving the audience enough to root for these characters and, by proxy, Charles’ next phase in life, single or not.

In this episode of the pod, Keith Dennie, Tim Molloy and I also discuss expectations for Black lead actors in feature films, the authentic Brooklyn touches, and the unexpected ending.

The Outside Story is now available on VOD.

Mare of Easttown Finale Will Be ‘Satisfying and Still Surprising,’ Director Craig Zobel Says
Those Who Wish Me Dead and the Pros and Cons of MacGuffins