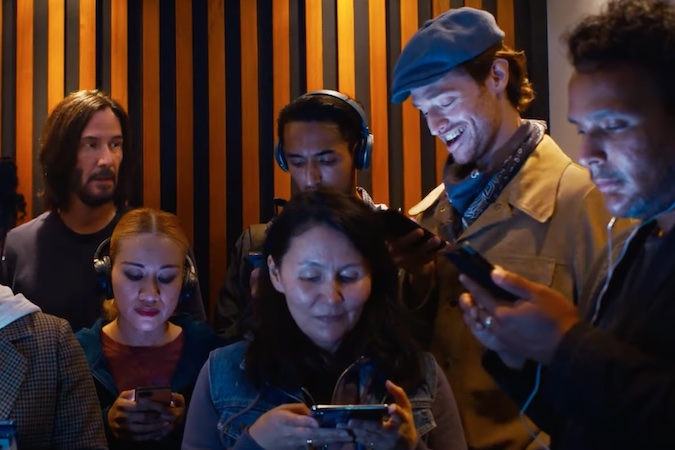 A Justice League giveaway; the story of silent film icon Harold Lloyd’s last role, The Matrix: Resurrections trailer goes down the rabbit hole, and Adam McKay enlists Leonardo DiCaprio and Jennifer Lawrence to warn that the end is near. All in today’s Movie News Rundown.

But First: We will not have a Rundown tomorrow, because of some things.

Enter to Win: To mark the release of Zack Snyder’s Justice League on 4K Ultra HD, we have ten to give away. But you have to be signed up for this newsletter you’re reading for a chance to win. If you’re already signed up, thanks! Why not get someone in your household to sign up, so you can watch Justice League together?

What Things Though: Just, you know, personal things. Everything’s fine.

Harold Lloyd’s Last Movie: In the latest episode of The Industry, host Dan Delgado tells the story of silent film and “talkie” star Harold Lloyd’s final film — a comedy that bears amusing similarities to 2009’s The Hangover.  This is a story that includes Howard Hughes, a secret tunnel to the Chateau Marmont, and much more. You can listen on Spotify, Apple, or here:

The Matrix: Resurrections Trailer: I have zero insights here (I can’t even remember which pill does what) but this trailer makes me want to see a movie I didn’t have much interest in before. It seems to step outside Matrix lore and have some fun with it, the way Nightmare on Elm Street 7 went all meta. Everyone remembers Nightmare on Elm Street 7, right? Wes Craven’s New Nightmare? Anyway here’s The Matrix: Resurrections trailer:

Where’s Laurence Fishburne? Is a thing many people on social media are asking. I’m sure one way or another, everything will be fine. 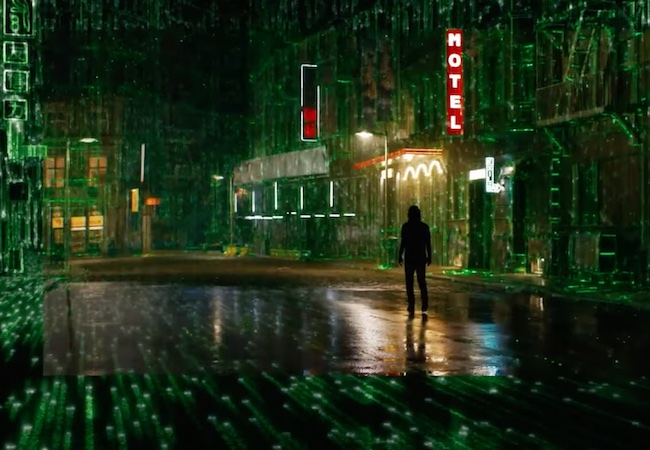 White Rabbit: One of my favorite things about the Matrix: Resurrections trailer is that I never, ever, ever wanted to hear the Jefferson Airplane’s melodramatic “White Rabbit” ever again, but it works wonderfully in the context of the film’s San Francisco setting and our current vulnerability to internet rabbit holes, which feels very Matrix. The most newly resonant line: “When logic and proportion have fallen sloppy dead.” And of course the lines about the pills.

Speaking of Logic and Proportion Falling Sloppy Dead: The new Adam McKay film Don’t Look Up, out on Netflix on Dec. 24, stars Leonardo DiCaprio and Jennifer Lawrence as scientists trying to convince the world that a comet is coming to kill us all — and finding everyone has information fatigue. In a scene set in the White House, they warn the president (Meryl Streep) of the danger. “Do you know how many ‘the world is ending’ meeting we’ve had over the last two years?” she asks. An aide played by Jonah Hill chimes in: “Drought, famine, hole in the ozone. It’s so boring.” The cast includes Cate Blanchett, Ariana Grande, Timothee Chalomet, Tyler Perry and many more. Here you go:

Are You Going Somewhere Or Something?: I’ll be near Boston, Massachusetts, where Don’t Look Up was filmed. You can hear more about that from Adam McKay right here.

Attica: Indiewire has this interview with director Stanley Nelson, whose new film Attica marks the 50th anniversary of a bloody prison uprising that left 29 inmates and 10 hostages dead. The film premieres today at the Toronto International Film Festival and will air on Showtime. “Attica is a story that’s evergreen,” Nelson tells IndieWire. “We could have made the film at any time and the conversations would be the same, on mass incaceration, racial implications, and the need for reform. But it was good to look back at it 50 years later, and with new knowledge never released before.” Attica has also been the subject of past docs, and the very intense 1994 John Frankenheimer drama Against the Wall, with Kyle MacLachan, Samuel L. Jackson, and the late Clarence Williams III. And it was the subject of a 1980 TV movie starring Morgan Freeman.

Will You Be Back?: Of course! We love you very much and will be back with a new Rundown on Monday.

Have a Great Weekend and Be Careful Out There: I’ve shared this before, but here’s a scene from the jaw-dropping 1923 Harold Lloyd silent film “Safety Last.”

Main image: Keanu Reeves surrounded by new subscribers to the Rundown in The Matrix: Resurrection, learning that they have won Zack Snyder’s Justice League on 4K Ultra HD.