Perfecting Camera Movement, Angles and Lens Type for VFX: An Excerpt From The Filmmaker’s Guide to Visual Effects 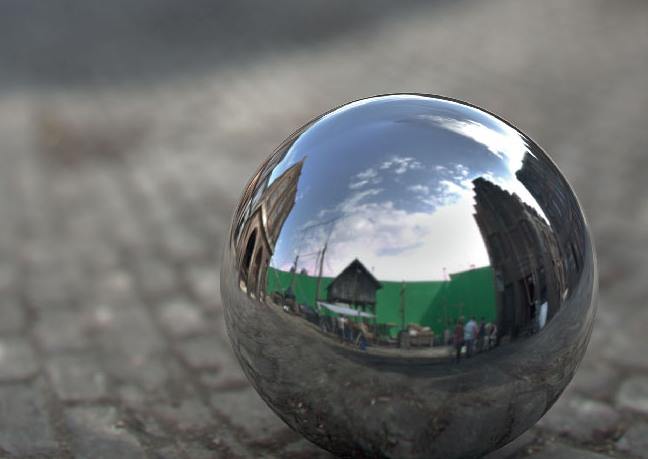 With his new book, The Filmmaker’s Guide to Visual Effects, Emmy- and VES award-winning visual effects supervisor Eran Dinur takes moviemakers of all levels through a comprehensive crash course on VFX.

The book, published by Routledge and Focal Press this month, takes a stroll through VFX work from pre-production planning and budgeting, to shooting for VFX, and a typical post-production workflow. It’s a clearly written, useful introduction from a supervisor from Brainstorm Digital with credits like The Wolf of Wall Street, Boardwalk Empire, Café Society and The Immigrant to his name.

The following excerpt, from a chapter entitled “On Set,” is part of Dinur’s overview of shooting VFX elements. We’ve selected three important points to cover here: camera movements, angles and positions, and lens types; others, like framing and the selection of appropriate backgrounds, are discussed in more detail in the book. – MM Editors

No human can repeat a camera move precisely. Highly skilled camera operators and dolly grips may get a pretty close match, but pretty close is just not enough for VFX. The slightest mismatch, slip or slide in camera movement is immediately noticeable and is an absolute shot killer. VFX elements must be precisely tracked to the shot, and nothing should be floating around loosely. It is therefore absolutely crucial to shoot VFX elements with a fully locked-off camera, so that they can later be tracked to the master shot by the VFX team. The camera should be mounted on a sturdy base to prevent any vibrations or accidental movement. It is true that footage can be stabilized in post to a certain extent, but the motion blur, perspective shift and parallax that result from a jittery camera cannot be undone. A hand-held camera is therefore not an option for shooting VFX elements.

This rule applies equally to generic and shot-specific elements. The only exception is when a motion-controlled camera is used. High-quality motion control rigs let you program a move and repeat it over and over with full accuracy. They are expensive and take the extra time to set up, but they are indispensable for complex VFX shots that involve wide, sweeping camera moves and require several repeated shooting passes for different elements. The more advanced motion control systems can also output exact motion data that saves a lot of time and money on camera tracking. That said, for any other manually controlled camera, the rule for shooting VFX elements is simple: keep the camera static.

If the elements are shot-specific, it’s very important to match the master shot’s camera angle as closely as possible. For example, if the master plate was shot from a high angle and tilted down, the elements will not work in terms of perspective if they are shot from a straight or low angle. For this reason, you should always get the master shot first before shooting elements for it. The distance of the object from the camera is important mainly when using a wide lens, because the perspective distortion on objects that are close to the lens is much stronger than for distant ones.

Replacing the NYC house with a Victorian London house on The Wolf of Wall Street. Our VFX work on this shot went very smoothly, mainly because the movie’s second unit made sure to match the original camera’s lens, position, and angle precisely when they shot the London plate. The Wolf of Wall Street, courtesy of Paramount Pictures, Red Granite Pictures, Appian Way, Sikelia Productions, EMJAG Productions. Visual effects by Brainstorm Digital

Generic elements, on the other hand, should always be shot at a straight angle. It is much easier for the VFX team to add some fake perspective skew to a 2-D element than try to undo one that is already baked in. Generic elements that are shot from an extreme low or high angle will be of very limited use. As for position, it’s best to try to get as close as possible to maximize resolution and the amount of detail, as long as a medium lens is used and the element does not break frame (see below).

Ideally, shot-specific elements should be captured with the same lens that was used in the master shot. However, this only works when the angle and the distance are also matched. For example, a wide lens will characteristically produce more perspective distortion on objects that are close to the lens, while objects in the distance will be much less distorted. So, if you are generating elements that are intended to be composited in the distance, but actually shoot them much closer to the camera, you will be adding unwanted distortion. This will make it hard (or impossible) for the VFX team to get the elements to look right in the shot, since perspective distortion cannot be easily undone.

Bottom line: if you can place the objects where they need to be, then go ahead and match the lens to the master shot. But if you can’t match the distance (because of physical set limitations or because you want to capture the elements at full resolution), then it is best to use a medium lens, which will minimize perspective distortion regardless of the distance. 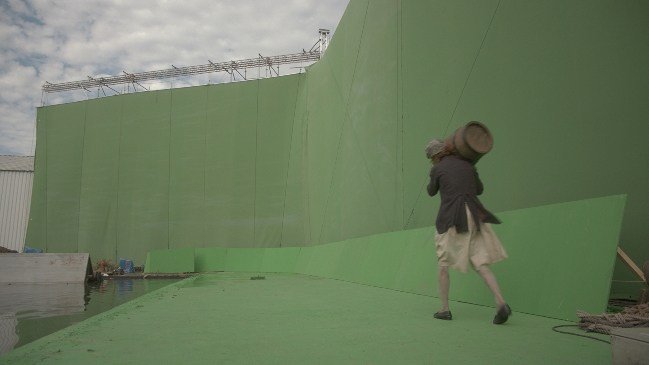 For this element, a wide lens and a low angle were needed to match the shot. A setup such as this, however, is not really suitable for generic elements—the wide lens exaggerates perspective and the low angle will not work for most shots. Sons of Liberty, courtesy of Stephen David Entertainment, History Channel, A+E Studios. Courtesy of Brainstorm Digital

Selling With Soul: Why Make A Spec Commercial? It Could Be The Career Calling Card You’re Looking For
Making the Case for Houston: Spotlight on This Texan Metropolis, With State Film Incentives on the Line