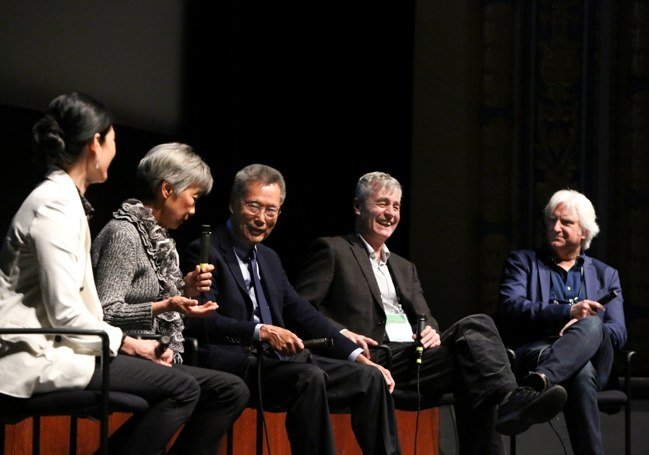 With almost 20 years of documentary films in its rear-view mirror, Full Frame continues to set the standard for nonfiction festival coolness. “This is probably one of the best places to actually watch documentaries,” says a panelist. Fantastic programming, Southern hospitality and a commitment to education help set this documentary oasis apart from the rest. It doesn’t hurt to be a qualifier for the PGA and Academy Awards either. “If you can’t make Sundance, this is the easiest way to see some of the top films of the year. See a film, get some food, and go across the hall to watch another film.”

It’s known as an awards predictor, and no wonder: Eight of the past nine eventual Best Picture winners have graced Hamptons International Film Festival screens. Yet atmosphere at the festival is far from stuffy and serious. Its fun conversation series Winick Talks at Rowdy Hall serves up coffee, breakfast and intimate chatting, and you’ll likely run into board co-chair Alec Baldwin at some of the parties over Columbus weekend. In honor of the festival’s 25th anniversary in 2017, its 25 Years: 25 Films series plays alumni films from The Piano to The Cove at various venues throughout the year.

This festival in Trieste is so “off the grid,” says one panelist, “I practically felt I had to enter with a secret handshake. But once there, it is a very warm, hospitable and eccentric – i.e. very Italian – festival where the curator intros are sometimes longer than the films.” At I Mille Occhi—which translates to “the thousand eyes,” a reference to a 1960 Fritz Lang film—cinema nerds watch intellectually provocative programming that draws from all decades to explore pertinent socio-political themes. Now in its 17th year, the festival bears a mission to ignite cinephilia in younger generations—so all screenings and events are free—and hosts a “wonderful array of guests from past and present eras.”

“Lisbon’s indie film festival marches to the beat of its own drum,” says a panelist. Seeing that this year’s event featured a beatboxing battle, parties in a tastefully ramshackle apartment-come-club, and DJ sets in the catacomb beneath a high school, we tend to agree. As for the movies, IndieLisboa plays “a very hand-picked selection of films popular with the city’s young crowds,” and “each year pays tribute to a number of ‘Indie Heroes’ through lovingly curated retrospectives.” It also has an extensive series of kid-oriented screenings and events called IndieJúnior, as well as a gonzo films section of sorts, evocatively called “Mouth of Madness.”

Crowds congregate at Lichtburg Filmpalast in Oberhausen, May 2017. Courtesy of Kurzfilmtage, photograph by Daniel Gasenzer

Once again, age proves cooler than youth. Sixty-four-year-old Oberhausen is one of the oldest festivals in the world, but it’s “a small festival with only a small number of screens,” so “you can pretty much attend most screenings and events, and always run into friends and never feel alone.” Our experts love the “interesting panels and guests,” “surprising selections” and “interesting themes—like ‘social media before the internet’” at this shorts showcase, which has played films by the likes of Martin Scorsese, Michel Gondry, Ousmane Sembène and Roman Polanski. While you’re in town, check out the Gasometer Oberhausen—a gas container converted to an arts exhibition space.