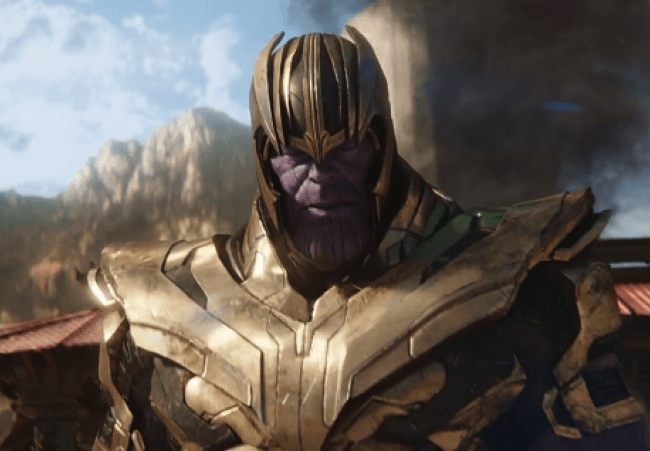 Thanos is the hero of Avengers: Infinity War and Avengers: Endgame, the films’ screenwriters, Stephen McFeely and Christopher Markus, said in a new podcast interview.

In a Hollywood Unscripted interview that also included Infinity War and Endgame directors Joe and Anthony Russo, McFeely and Markus explained the screenwriting challenge of telling a two-part story with roughly two dozen significant characters. They finally cracked the problem by realizing that Josh Brolin’s Thanos, ostensibly the villain of the films, followed the traditional journey of a hero.

“We had to decide on a main character and a main through line. And it took us a few months,” McFeely said. “But finally somebody just said, ‘Oh, I think this is Thanos’s story. Oh, he’s the hero of the movie.’ Are we going to really do that?”

McFeely continued: “Yeah, I think we’re gonna do that, so that the Avengers are the antagonists to Thanos. He gets a proper hero’s journey. And so that means he gets the time to tell you what he really thinks. He gets to sacrifice things that are important to him, people that are important to him to get what he wants. He’s challenged all along the way. That’s because of the paradigm we chose. And because Brolin is really good and the technology is amazing.”

Markus added: “And I will say [Thanos] in the comics is a very philosophical,  only sometimes villain. So just by honoring that, you couldn’t make him twisting his purple mustache. He had to be above it all, in some ways.”

McFeely and Markus’ description of Thanos as hero validates internet arguments that said the same thing when it wasn’t popular to do so. Director and comic book guy Kevin Smith is also among those who have made the case that Thanos is the hero of the latest Avengers films. Thanos defenders who may have once seemed like argumentative devil’s advocates now seem prescient.

Also read: The Scorsese v. Marvel Debate Isn’t About What You Might Think It’s About

The Hollywood Unscripted interview with McFeely, Markus and the Russo brothers contains many insights into screenwriting—especially for stories with a lot of characters—that are likely to delight you even if you hate superhero movies. Thanos is just the beginning: at one point Joe Russo explains how Breaking Bad influenced the Marvel Cinematic Universe.

You can check it out wherever you listen to podcasts, or right here. The podcast, from CurtCo Media and presented by the Malibu Film Society, features host Scott Tallal talking with A-list actors, writers, directors, and producers.

Do you agree that Thanos makes sense as the hero? Let us know in the comments.