Wellman on Wellman: Reflections on the Enduring Legacy of A Star is Born at the 2018 TCM Classic Film Festival 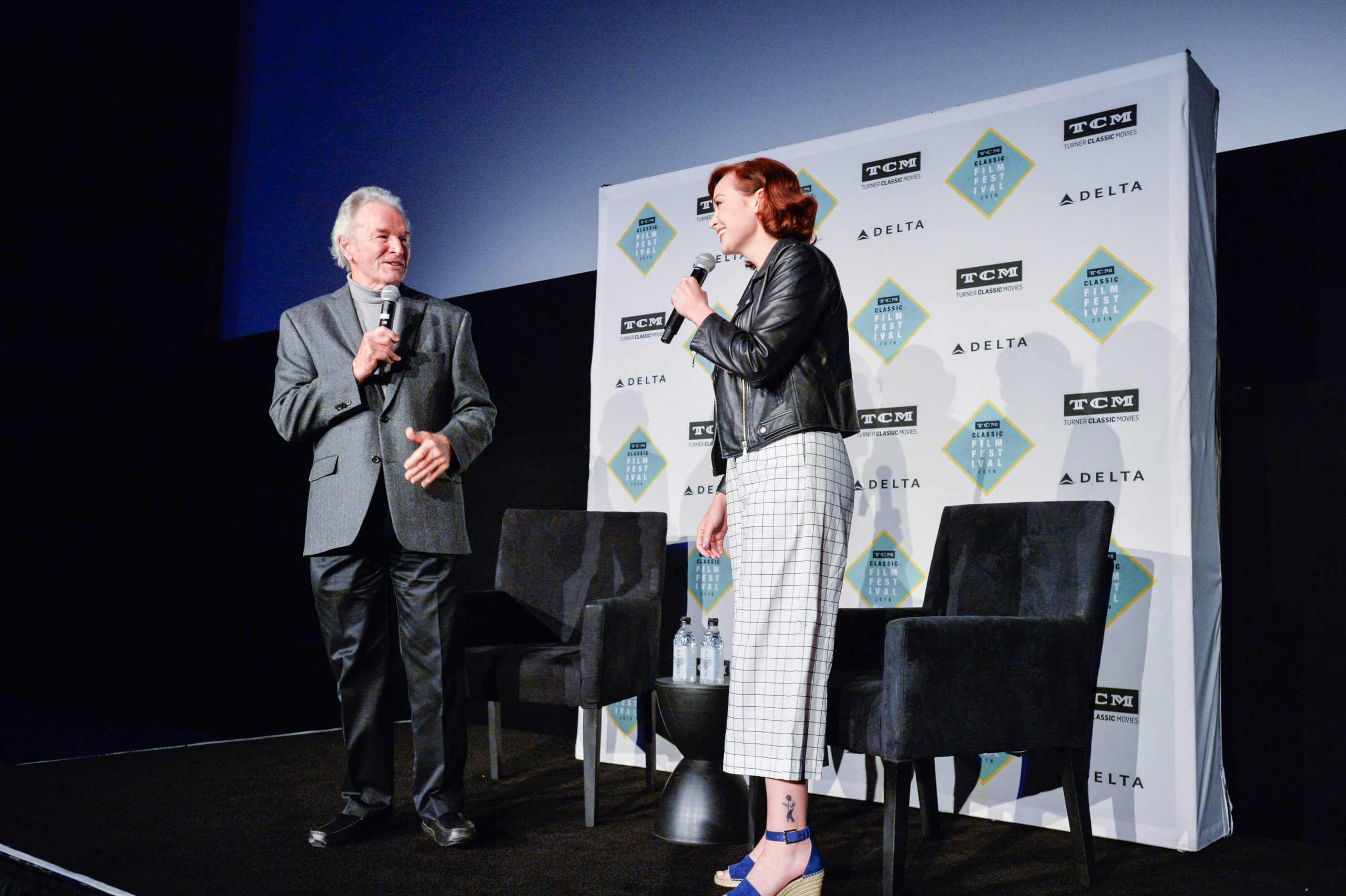 Seven decades, three remakes, and a collective 17 Oscar nominations haven’t distorted or even dented the impact of William Wellman’s 1937 industry exposé A Star is Born.

A nitrate print of the film in glittering technicolor closed out this year’s TCM Classic Film Festival at its most iconic venue: Grauman’s Egyptian Theatre. In 2016, thanks to support from American Cinematheque, Martin Scorsese’s Film Foundation, and Turner Classic Movies, among others, the Egyptian underwent outfitting to join a select handful of theaters across the country able safely to project nitrate film. A Star is Born was one of the first studio pictures released widely in Technicolor, though contemporary screenings often favor black and white prints.

A Star is Born follows the fictional Hollywood marriage and opposing career trajectories of the ascendent Vicki Lester (Janet Gaynor) and the spiraling, alcoholic Norman Maine (Frederic March). Director William Wellman has come be associated with his burlier films (his aviation epic Wings won the first ever Academy Award for Outstanding Production), but A Star is Born’s sensitive yet incisive treatment of the Faustian bargain of Hollywood fame is what gained it an outsized cultural status.

In honor of the occasion, TCM’s Alicia Malone sat down with Wellman’s son, William Wellman Jr., to discuss Hollywood, his father, and the original A Star is Born in the year of its fourth forthcoming rendition.

On the Real Hollywood Inspiration Behind the Story

My father knew a lot of stars going back to the silent era that were having problems, that were falling out. I’m sure he drew a little bit from John Barrymore and John Gilbert, but the model was really John Bowers. John Bowers was a matinee idol in the silent era. He married an up-and-coming actress who was named Marguerite De La Motte. They starred in 12 pictures together. When talkies came in his career disappeared and hers continued upward for some years. My father knew John Bowers and his was the main model for his story.

My father cast a number of people who were either directors or stars whose careers had gone away. Mary Pickford’s first husband Owen Moore in the picture, my father’s ex-wife Helene Chadwick who was a rising star when my father married her, she works as an extra. She was trying to revive her career at the time. The picture is filled with that kind of thing. Like I said, poor old John Bowers, who rented a sail boat and sailed to sea, whose body washed up off the coast of Malibu during the production of this film was the model.

On Wellman Sr.’s Fight to Produce the Film

Everyone has stories on this. My father’s story, and the one that I believe, is that my father came up with the idea with Robert Carson at MGM in 1935. They started to develop projects together for MGM that year, and my father had the idea for a film about the rise and fall of Hollywood stars—the triumphs and the tragedies. They developed a story, started writing a script, and left when Mayer said, “No I don’t want to do that.” They walked down the street to Selznick International and proposed the idea to David O. Selznick, who was a friend of my father’s. My father got Selznick his first producing job at Paramount in the silent era. But Selznick didn’t want to do it. He had already done a film called What Price Hollywood? to some meager success, and he said it was too difficult to do a story of Hollywood.

I have in my father’s file an inter-office communication that he wrote to Selznick the day after Selznick said he didn’t want to do it. He wrote a very diplomatic letter—my father was not the most diplomatic person—but he did the best he could trying to talk Selznick into giving the idea a second chance. Then my father went to Irene Selznick, who was LB Mayer’s sister, and she liked the idea. She told my father, “David and I are going to Honolulu on a vacation … There will be pillow talk.” Now my father always thought pillow talk ruined more movies than it helped, but it worked. When Selznick came back from his vacation he called my father at his office and said, ‘You know I’ve been thinking about that story of yours Bill, I think we should give it a try.’ And sure enough they did.

On Casting Vicki and Norman

Initially David Selznick wanted Merle Oberon for the female lead, but she was a very sophisticated foreign born actress. My father didn’t see that in his midwestern cinderella. My father kept pushing for Janet Gaynor, and he had made a picture with her (Small Town Girl, 1936) and he liked her for it. There was no argument about Frederic March. That worked out pretty well, didn’t it?

On That Oscars Scene

When Wings was nominated and won the Academy Awards’ first Best Picture, my father was not invited to the ceremony. One time I asked him, “What did you do that night? Did you have your own little party or something?” He told me he went to an apartment he had, got drunk, and gave the kind of speech that Frederic March gives in the movie, telling the Academy where they can go! That’s where that scene came from.

Vicki and Norman before the fall, in Technicolor.

On Louise Brooks and Loving Your Work

When I talk about Louise Brooks, my father said his favorite silent film was Beggars of Life. My father loved Hollywood, in terms of, that’s where you make movies. Louise Brooks hated Hollywood, my father could never understand that. Yes he fought with the moguls, he fought with producers and studio executives, but he didn’t fight with his companies. Whether they were actors or the crew he was there for his companies, because he loved them. He loved the idea of making movies. He worked on so many films uncredited. That was something they did back in the golden age of Hollywood. My father loved doing that. As long as he was getting films of his own, he loved to work on other people’s films. Hell, he worked on Gone With The Wind for David Selznick, and Duel in the Sun and The Adventures of Tom Sawyer. He loved making movies.

On A Star is Born‘s Enduring Cultural Resonance

My father made over 80 films, and this is my favorite. It has been for many years. The main reason it is my favorite is because I get wrapped up in it every time I see it. There are many things to look at and I watch different things, I pay attention to things I maybe didn’t pay attention to before. I think it’s just lovely. Biased as I am, I think my father should have won Best Director in 1937 (that year’s winner: Leo McCarey for The Awful Truth). But A Star is Born has certainly outlived all the films that were nominated in 1937. I mean here we are having a third remake with Bradley Cooper and Lady Gaga, coming out in October. What a great story that it continues to be remade, generation after generation.

Isn’t it everybody’s idea, people all over the country, all over the world? “Good Lord if I came to Hollywood maybe I could get in the movies, become a movie star.” It’s the great Hollywood story. Here’s this young girl that comes out from the middle West to get into the movies. She doesn’t know anybody, she starts from the absolute bottom line. It tells some hard truths and the dreams of Hollywood. MM

Snapshots of a Set: The Importance of Dedicated Unit Still Photography for Your Production
Keep on Keepin’ On: Mario Van Peebles on How His Father Brought Sweet Sweetback’s Baadasssss Song to Life