Taking History by the Horns: Circumstance, Talent and Willpower Come Together in Selma

The making of movies invites the making of myth. Especially when it turns out well, the story of how a film managed to emerge from a system known to stall and stunt creative momentum can rival that told by the film itself.

In its outline, Selma, the third feature from Los Angeles filmmaker Ava DuVernay, lends itself to myth in the unreserved way of historical dramas and big-ticket biopics. Here we have the story of Alabama’s historic 1965 civil rights march and the subsequent creation of the Voting Rights Act, with a significant focus on the march’s architect, Martin Luther King Jr., the only 20th-century figure to earn a national holiday in his honor.

Yet what is most notable about Selma is its resistance to the usual mythmaking, the molding and chilling of American history in shimmering, cinematic aspic. Instead, the film lets conflict and character dictate the storytelling terms, and as a result, a mythic moment lives in, and breathes, more human air.

The march to Montgomery on Bloody Sunday, March 7, 1965 as brought to life in Selma

By contrast, the story of how Selma finally got made, and by whom, out-legends Hollywood legend. With a script originally written by Paul Webb, beginning in 2007, directors attached to Selma included Stephen Frears, Spike Lee, Paul Haggis, and Lee Daniels. According to actor David Oyelowo, who plays King in the film, early production conversations revolved around “how many Oscars have they got, how many big budgets have they handled,” and other markers of Hollywood heavyweight status.

Oyelowo claims he was called by God to play the part after first reading the script in 2007, and worked over the years to keep the project alive. “The thing I couldn’t have predicted,” he told me, “is that the director of a tiny $200,000 movie would end up being the director of Selma.”

That director is the 42-year-old DuVernay, a veteran film publicist and entrepreneur who co-founded a distribution collective for black directors in between making her first and second feature films. Both were small and independently financed: I Will Follow (2010), DuVernay’s luminous debut, drew the admiration of Roger Ebert; Middle of Nowhere (2012) won her a Grand Jury directing prize at Sundance—making her the first and only African-American woman to win the title in the festival’s history.

Having devoted herself to filmmaking, DuVernay, whose last publicity job was for The Help in 2011, struggled for attention and opportunity, even despite her success. This didn’t faze her. “I know that I am not the norm for this industry, and something outside the norm is going to be treated differently,” DuVernay told me. “It’s not great, but it’s something that I accept and work within, and I do not allow that to deter me from making my stories.” Prepared to continue telling those stories outside the dominant paradigm and on her own terms, within a year DuVernay was tapped to pull a $20 million studio production out of the development doldrums and lead it across the finish line. 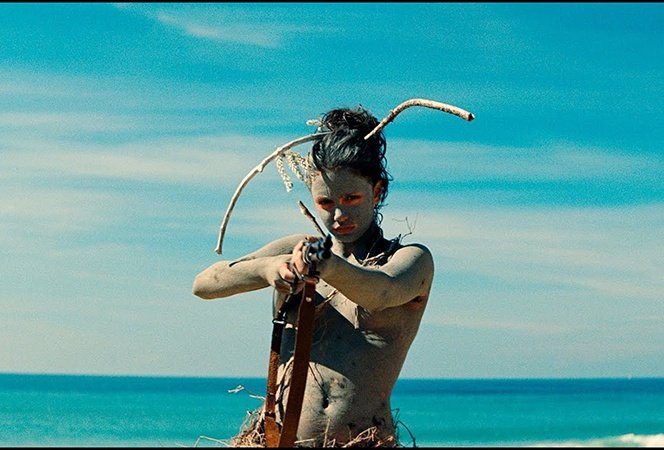 DuVernay, photographed at the Mandarin Oriental New York in December 2014

“To be perfectly honest, we were battle-scarred by the time Ava came on board,” Oyelowo said. “Myself and the producers were basically saying, ‘If it doesn’t work with this lady, this film just doesn’t want to get made.’” The usual disagreements had held Selma back—about casting, about the script, about the right director. For Lee Daniels, last in line before DuVernay, it came down to timing: After completing The Butler in 2013, his interest in directing another civil rights picture waned.

Yet the making of The Butler became central to the making of Selma. Oyelowo took a role in the former film, in which he plays Oprah Winfrey’s son, having recently starred in Middle of Nowhere, his first film with DuVernay. The connection would prove pivotal in bringing Winfrey into Selma as both a producer and part of an ensemble cast: Oyelowo championed DuVernay to Winfrey, and to several producers already attached to the project, including Pathé Films and Dede Gardner and Jeremy Kleiner of Brad Pitt’s Plan B Entertainment.

Networking, however, is often not enough; in more ways than one, the weather needs to turn in a movie’s favor. “Films will start talking back to you,” is how Oyelowo describes the mystic element of an otherwise deeply practical process. “They’ll start telling you what they want to be. Combined with the zeitgeist, combined with what budgets start to emerge as feasible—but also what’s going on in the culture. When The Butler and 12 Years a Slave hit, it changed what Selma could be.”

Selma has already changed what Ava DuVernay could be. In December she became the first African-American woman to receive a Golden Globe nomination for Best Director, one of several nominations for the film, including Best Picture and, for Oyelowo, Best Actor in a Dramatic Role.

If the ride has exceeded even the rosiest expectations for Selma, it’s one familiar to DuVernay, who as a publicist shepherded films like Dreamgirls and Invictus through the awards season rigamarole. “I’ve done all of this before,” said DuVernay, her voice ragged from weeks of interviews. “I know how rigorous the schedules are.” But a publicist, she mused, can at least catch her breath once the client is seated in front of a journalist.

No such luck for DuVernay: In the days leading up to the film’s release, the microphones have only grown louder and more numerous. Rooted in history, Selma quickly became a lightning rod for a host of contemporary racial and civil rights stories, most evidently the controversy surrounding the recent deaths of two African-American men at the hands of white police officers.

As Selma made its New York premiere, the city was erupting in protests over the news that the officer responsible for the choking death of Eric Garner during a routine arrest would not face indictment. DuVernay, along with her cast and production team, wore T-shirts emblazoned with Garner’s last words—“I can’t breathe”—to the premiere; the image of the group standing on the steps of the New York Public Library, arms raised in surrender, made headlines.

The image was a striking mix of symbolic protest and canny publicity—which is to suggest that Martin Luther King Jr. would have approved. In its intimate inside look at how some of King’s most famous civil rights marches came to pass, Selma presents King as a deft manipulator of the media, and of his own image. “He was controlling that stuff, all of them were,” DuVernay said, “for the greater good.”

The New York premiere photo is also just the type of thing Ava DuVernay, the publicist who specialized in African-American stories and reaching African-American viewers, might have dreamed up. In fact, DuVernay was attached to an earlier version of Selma as a publicist, shortly after the release of I Will Follow, when Lee Daniels was still set to direct. “It’s amazing,” she said, “I pulled that contract out a couple of days before I started to shoot [Selma]. It was a real full-circle moment.”

DuVernay’s time inside the Hollywood publicity machine is responsible both for her filmmaking ambitions and for the difficulty she had in making the transition into directing. A film lover from very early on, DuVernay says a lack of role models kept her from imagining herself in the role of director. “I didn’t know of any black women making film; I didn’t know of any women making film,” she said. “It didn’t seem like a possibility, which is sad to think about.”

Instead, she channeled her drive and creativity into helping studio films find their audience. She built and directed publicity campaigns, eventually under the banner of her own agency (The DuVernay Agency, now DVA Media + Marketing), which she founded in 1999 at age 27. On the set of films like Collateral, DuVernay had an awakening: Directors, even the famous ones, “were just regular guys. They were sometimes not even the smartest guys; they just had the drive and the passion to tell a story.”

DuVernay shared that passion, but what she knew of the film industry began and ended with the big studios, and a model that seemed designed to keep people like her out of the game. “I started to have the desire to make movies but couldn’t figure out how to do it in the way that I had initially seen done—pitching, getting rejected, attaching people, that whole antiquated way of making movies,” said DuVernay. “I had no context for independent filmmaking, I didn’t even know people who were doing that.”

“I had no context for independent filmmaking, I didn’t even know people who were doing that.”

DuVernay’s inability to connect her filmmaking ambitions to her entrepreneurial spirit was a source of depression through her early 30s. “That was a hard time, because I am a bit of a go-getter. I do like to self-generate.” After spending some time on the independent festival circuit, immersed in small-scale production and surrounded by upstart filmmakers, DuVernay had an epiphany. “It was like, ‘Oh my gosh, I can just do like I do in my business, but with film!’”

DuVernay based I Will Follow, about a young woman grieving a beloved aunt, on her relationship with a relative. Middle of Nowhere tells the story of a woman who decides to wait for her husband to serve five years’ “good time” in prison, a decision that grows more tenuous with time. Both films contrast warmly personal material with a cool, almost idiosyncratic sense of style and pace; both take place in Los Angeles, and focus on the experience of black women. They were the stories DuVernay badly wanted to tell, and if neither made much money, with DuVernay handling each release herself, they taught her a new measure of success. “The definition of success for me was just to make something good that I could believe in. Even if four people saw [Middle of Nowhere]—and about four people did see it—hopefully those people liked it. And maybe the next time, eight people will see it.”

Park City 2015: 13 Picks from Sundance and Slamdance
“Why I Said Yes:” Oprah Winfrey on Producing and Acting in Selma