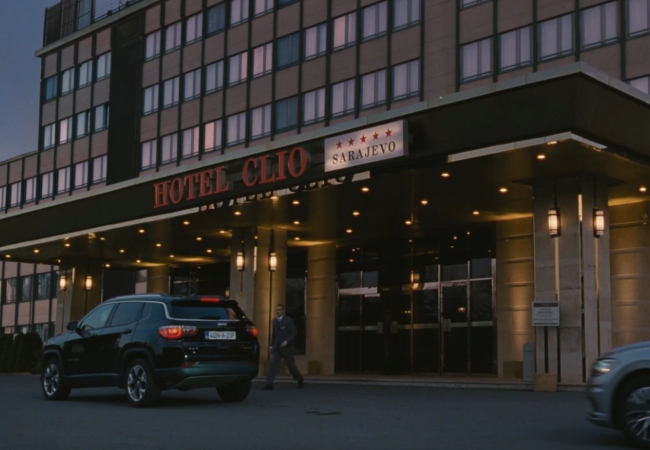 Early in Season 3 of Succession, Logan Roy and his cohort take refuge in Sarajevo after Kendall’s bombshell press conference at a place called Hotel Clio — but you won’t find this Bosnian hideaway on Google Maps.

The newest season of the wildly popular HBO drama is full of gorgeous locations, including the Hamptons, New York City, Italy’s Tuscany region — and a village at the eastern base of the Catskill Mountains: Ellenville, New York, which, believe it or not, served as the location for some of the Sarajevo scenes.

“The reality is, and we rarely do this, but we cheated that location in New York state. It’s a resort in Ellenville, New York,” said Scott Ferguson, the Succession executive producer who oversaw locations and crew on Season 3. “It’s like an old Borscht Belt resort that’s been modernized… It’s like a spa retreat kind of hotel that we thought had kind of a good look for the kind of vibe that we were looking for.”

The secret’s out — Succession‘s Hotel Clio doesn’t actually exist. In real life, it’s called Honor’s Haven Retreat & Conference — a holistic wellness hotel and resort nestled on 260 acres of green space featuring hills, gardens, and a lake. But Ferguson said the Succession crew took great pains using visual effects to help it pass for the Balkans by combining shots of Tuscany with the exterior of Honor’s Haven. 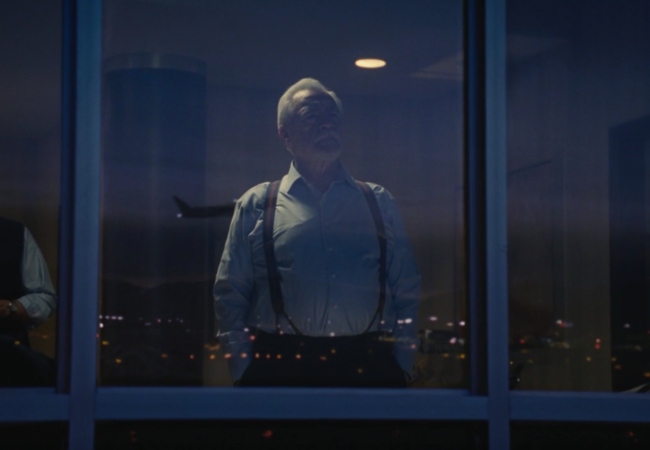 Brian Cox as Logan Roy gazing out a window of Hotel Clio in Episode 1 of Succession Season 3. Photo Credit: HBO.

“We added the upper stories and the airplane coming in with VFX, and we actually shot the interiors on stage with a wall of video that we shot of an airport runway. So when Logan’s looking out the window and seeing the plane going up in the sky, that’s an actual reflection from this large video array that we had sitting outside the windows, and when they’re inside you see the planes coming in and out. That’s a big projection,” Ferguson added.

But the shots that are meant to look like Sarajevo in Bosnia and Herzegovina, were actually shot in Tuscany, where, as the Season 3 trailer teases, the Roys will make a trip later in the season. 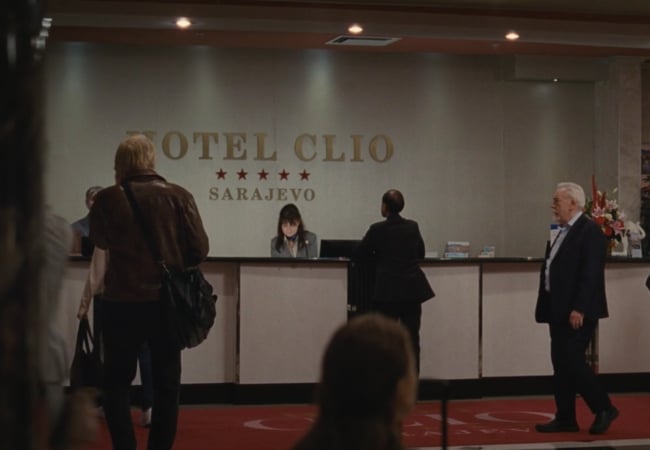 Ferguson said Succession creator and writer Jesse Armstrong has been wanting to take Succession to Tuscany for a while. The team even considered filming Season 2’s yacht episode season finale there before settling on Croatia.

Though we won’t find out what exactly the Roys will be getting up to in Tuscany until later in the season, MovieMaker spoke with Rafaella Conti from the Toscana Film Commission about helping the HBO production shoot there.

“The Tuscan set of Succession was less complicated than others because the most part of the filming has been set inside a beautiful villa in the countryside of Siena,” Conti said. “It was an off-limits set that we will be able to discover only when the third series is released.”

The Toscana Film Commission doesn’t offer as many incentives as New York State, which, as Ferguson told us, offers a cash rebate as a tax incentive.

“We do have some financial support funds, but the big productions rarely ask for it,” she said. “For these productions, the aspects of reception and standard assistance are more important, allowing them to shoot without complications in all the chosen locations.”

But Tuscany does have other incentives — especially its rapturous beauty. 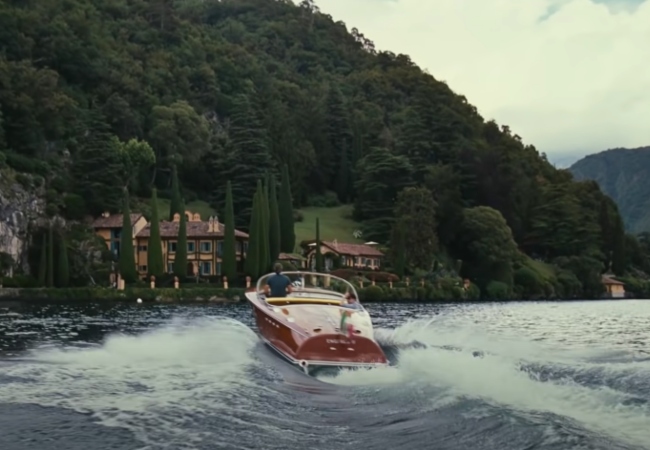 A shot of Tuscany in the Succession Season 3 trailer. Photo Credit: HBO.

“The first reason for being so attractive, especially for the international productions, is Tuscany itself. Its beauty is known throughout the world with its art and its nature made of hills, sea, and beaches,” she added. “The Tuscan landscapes become itself a character of the story that is told. That’s why the work of location scouting is so important — because the chosen places become part of the main cast.”

Stay tuned for more shots of Tuscany in future episodes of this season of Succession, airing Sunday nights on HBO.