This week’s Crowdfunder Pick is Stuck., a fresh and funny take on personal growth and relationships from award-winning director Jillian Armenante, and writing duo David Mickel and Heather Turman.

Moviemakers Jillian Armenante, David Mickel and Heather Turman have joined heads to turn out their feature-length comedy, Stuck. Armenante is president of Stoic Entertainment, which produced Stuck alongside Tagalong Productions. She was presented with the “Best New Filmmaker” and “Best Feature Film” awards by New Filmmakers LA for her film Kittens in a Cage. New Filmmakers LA is where the three met and became a team, and Stuck. marks Mickel and Turman’s second joint project—their first being the buddy-comedy The Catch, acquired by Principle Entertainment in fall of 2015. “With Stuck. our aim is simple: to make a funny film, with a female lead, and a culturally diverse cast. Three things that rarely exist together in one movie,” says the film’s website.

Stuck. centers on Darby Dixon, a rule-breaking/-bending/-ignoring ER nurse battling some personal demons. After she falls into some legal trouble, Darby is sentenced to house arrest—which forces her to return and remain in the house she once shared with her ex-boyfriend (and his fiancee!) for 30 days. 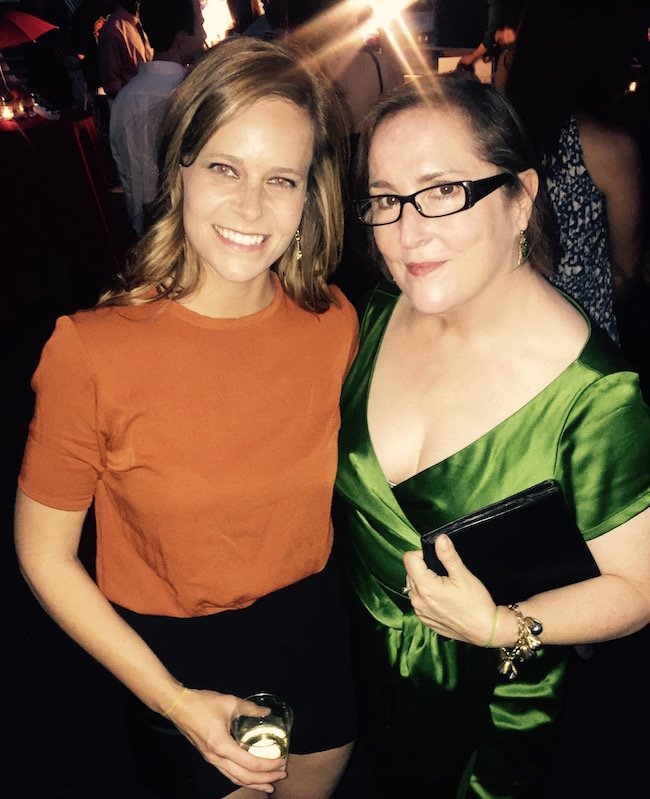 Armenante, whose acting credits including a recurring role on ABC’s Fresh off the Boat and such films as The Dark Knight Rises, Hail Caesar! and Bad Teacher, read Stuck. and immediately said, “It’s awesome and hilarious. Let’s do it.” Since then, the film’s campaigners have resolved to raise a third of their $150,000 budget through Kickstarter. As they write on their campaign page, “We aren’t trying to just free-load off of our friends. The reason? We found investors who will make up the difference if we can prove we got hustle!”

Another thing they’re out to prove: that Stuck.’s comedic lifeblood is unbounded by gender politics. The campaign’s promo video puts a tongue-in-cheek spin on this fact, and features a mock interview between Turman and a male “journalist” who dismisses the possibility that a comedy could be co-written by a woman. (“Well, see, there it is… So, Dave wrote it,” the interviewer says when told that Mickel was her writing partner).

The campaign trio’s crowdfunding objective is almost halfway to completion. While no actor has yet been cast to play Darby, Felicia Day (The Guild), Constantine Maroulis (Rock of Ages), Joel McHale (Community), and Paul Scheer (The League) are all officially attached to the film, which enters production this September.

+$50 or more: An mp3 of Stuck.’s original credits sequence composition, plus a “thank you” on the Stuck. website and a shout-out on social media

+$250 or more: Become a non-speaking background artist in the film (Local offer)

+$350 or more: Director/New Jersey Italian hothead, Jillian Armenante, will call the person of your choosing and chew them out for anything you instruct her to for 10 minutes (!)

+$750 or more: An invite to the exclusive Stuck. cast and crew wrap-up party in Los Angeles, California. (Local offer)

+$1,000 or more: Be a stand-in or background actor for your remaining qualifying days (1-3) and the Stuck. crew will give you the SAG Union vouchers needed to join the union you’ve dreamed of breaking into.