In the varying family dynamics within tentpole genre movies, horror has always been the outlier, cannibalistic family to reconstruct genre to its darkest desires. Jumping off of scripting the on-the-nose parallel, Texas Chainsaw 3D, writer/producer Stephen Susco made his directorial debut within horror’s newest genre with Unfriended: Dark Web.

It’s a bold claim: “creating a new genre”. But, as Susco describes, Unfriended opened up a new style of playground for horror filmmakers to create in, using the scariest corners of our social media habits to prey upon our most contemporary urges.

Primarily a writer (his first features working with Sam Raimi and Takashi Shimizu on Ju-on adaptations The Grudge and The Grudge 2), Susco was in for a few scares of his own as a first-time director. Not to mention the addendum of a brand new horror subgenre. He happily took the challenge, utilizing everything he’s learned in his experience and translating it into something original under its own merits. Unfriended: Dark Web is less sequel, more part of an anthology. 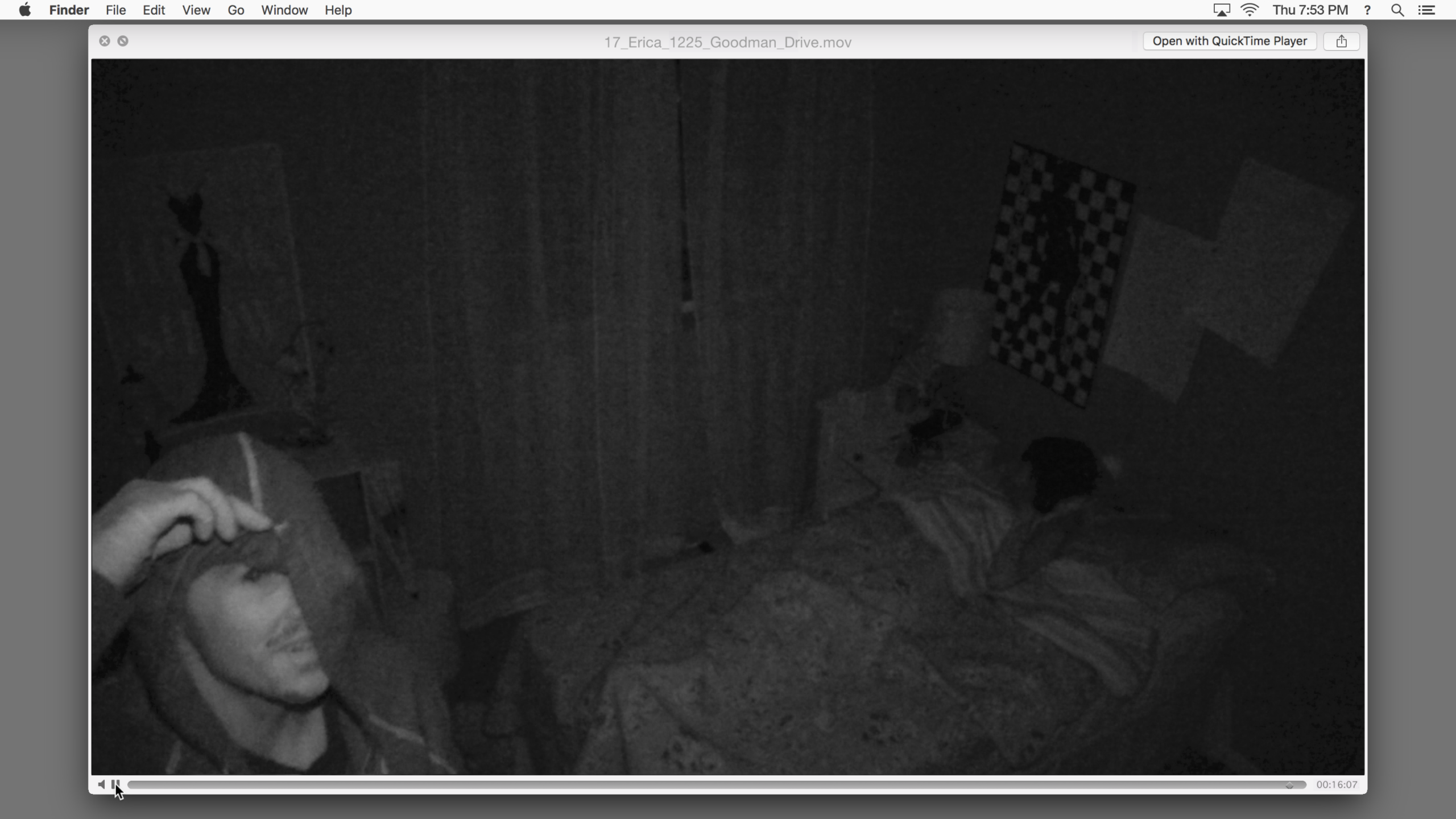 Grant Vance, MovieMaker Magazine (MM): Is it different writing something you knew you were going to direct versus working with Takashi Shimizu on The Grudge movies? Does that affect your writing style?

Stephen Susco (SS): I’m glad that I had some movies made as a writer and producer before I directed. I learned a lot about what a director needs to be and how a director needs to operate. If I had just thrust into it early on I would have colossally fallen on my face. Much more than I had on Dark Web. I think any film project you work on is educational. You just have to hope that it’s fun, that you don’t get fired too many times [laughs]. It’s an evolution that makes you want to do another one, and it can make you evolve a little bit more. It was important to me that the first movie I made was something really kind of unique as a horror fan that I would be excited to see. It’s always been my only metric: I’m a fan, so if I want to see that, I want to do that.

MM: Does writing for a specific genre (J-horror, slasher, real-time cyber horror) affect your style of script? How you write in scares?

SS: Yeah, totally. And it changes from film to film. Especially if you’re a writer. If you know that it’s more slasher-style you write very differently. I wrote on a movie called Hell Fest that’s coming out in a few weeks that’s a love letter to horror about a bunch of people that go to a horror amusement park, and it taps into that fear of if people were coming after you at a horror amusement park everyone else would think that it was part of the show. So you’re getting knifed to death and people are taking selfies with you. That kind of movie is very, very differently constructed. That’s an ode to horror and you’re looking for the frivolity in as much as you’re looking for the grotesque and how they wind together.

Dark Web is a mechanical thriller. It was an experiment in escalating tensions.

MM: I read that you wanted this to be a lot more of a thriller than the first Unfriended.

SS: Exactly. The reason why is that I loved the first movie. It invented a new genre. All these guys; Adam Sidman the producer, Timur Bekmambetov financed it, Nelson Greaves wrote it and co-produced it. They invented something that no one had ever tried before. And that’s what I love about horror, that’s what no one ever tries in other genres. It takes [filmmakers like] Oren Peli  (Paranormal Activity) Daniel Myrick, Eduardo Sánchez (Blair Witch Project), Brad Anderson (Session 9), Kevin Williamson (Scream).  Horror is always made vibrant by what you haven’t seen before.

MM: Dark Web has an anthological nature to it. I really dig that. Was that intentional?

SS: Yeah! I really hope that they do another one and that it’s completely different from Nelson’s and mine. That they take a wildly new approach. The first Unfriended was so singular. My first instinct for Dark Web was to nod to it, because I knew a sequel would never be as good as the first movie—especially when the first one really worked—and I also didn’t want my first directorial attempt to just be a pale shadow of someone else’s really cool idea. What if it’s not really the sequel, what if it takes the same creative limitations and runs in the exact opposite direction? It’s thriller instead of horror, it’s real world instead of ghosts, it’s PG-13, all the violence is off camera.  I thought that was the last conversation I was going to have to with my producers.

A scene from Unfriended: Dark Web

MM: There’s this idea of real time.  Found footage jumps around with time a lot, but in both the Unfriended movies you’re watching this happen in the moment.

SS: Well this isn’t really found footage, is it? I love found footage, but found footage is a very passive experience. It’s already occurred. Unfriended is a different genre; it’s happening immediately. You’re looking through the main characters eyes the entire movie. A mouse tells you how the character is feeling. The ability to exposit a character’s emotions without anybody speaking, without anybody even on camera, that’s why we came up with the opening thing with the password. I like the humor of the idea of saying you’re not allowed to watch this movie, but just realizing that if someone is typing password that aren’t right, you haven’t seen anybody, you haven’t met any characters, you haven’t seen who is using the computer yet, and you know it’s not there’s. You’re already getting information.

MM: I loved the Mac Book start-up chime to start the film. It’s so ingrained in our psyche at this point.

SS: I think it’s sinister, taking something that’s very comfortable to people and trying to find ways to show the audience. Like  the beach ball of death. Or how come the drive is full? That doesn’t make any sense. There’s no files but the drive is full. At first I was concerned, but as soon as people started watching it, you realize people use computers all day so really tiny things tell people things. We’ve become really savvy.

MM: One of the things I was into—one of the more psychological aspects—is the “age of communication”. There’s the underlying theme of Matias and Amaya’s  failure to communicate with ASL. How deep did you want to delve into the “scariness” of modern communication?

SS: I have opinions of social media. I’m alarmed by the fact that something that is supposed to bring us together has only made us so much farther apart from each other. Having a deaf character was one of the first ideas I had because I thought it was a way to represent that we’ve lost an intimacy under the guise of immediacy. ASL was a nice way of showing an emotional reluctance in Matias. And just the ability to have an intimate way of communicating with each other that’s separated by a camera now. Amaya doesn’t want to text. She wants to talk with ASL.

A scene from Unfriended: Dark Web

MM: I also liked the idea of Matias coding a new app, Papayas.

SS: It’s funny, that was actually a post-production idea. In the original Dark Web script he was a bike messenger, and there was a different shade in the character drama that involved financial differences. We decided to make it less of a sin. The reason he needs the computer is because he is trying to do this thing for his girlfriend—which is actually genuine and sincere. But it’s also weak, because he should really just fucking learn sign [laughs]. And then of course “they” use the app against him, which is mean. I didn’t intend for it to be mean. In fact the original ending of the movie doesn’t have as dark an ending, but it makes sense. It talks about the way we’ve become more sociopathic in this technological separation.

MM: The technological separation seems interesting from a directorial standpoint. How do you direct impersonal multi-cam?

SS: Casting was the most terrifying part of this movie; it was going to live or die based off its authentic feel. I didn’t want it to feel scripted, I didn’t want there to be really brilliant lines of dialogue or jokes that are perfect. I mean, Collin Woodel (Matias) had to be on camera for ninety minutes. That’s a big ask. The cast filmed 47 and a half pages on day one and shaved a day off of a projected nine-day shoot. Mind blowing.  We rented a house, and we turned five separate rooms into the five apartments, and then I was in the sixth room, and we essentially made a close-circuited  TV system, where I had this big monitor and they were Brady Bunch‘ed on my screen.  I rewrote the script every night based on the stuff they were coming up with during rehearsals. It was a joy to watch, because most of what I did was sit back and watch them do it.

I had a microphone, and I could talk to all of them or one of them selectively. so I would occasionally chime in, but just having them take the ball and run with it was just extraordinary.

SS: It’s totally theatrical! That’s funny because the idea is that this is really a play. And then when we got into post I realized this is really an animated film with performative live-action elements. I mean, Andrew Wessman, who is really the wizard of this movie, and I were in a room together for 20 months of post. We could try every single idea. We could say, “what if this happened?” Which you can’t do in the post-production of a movie, because then you have to get all of your assets back together. It was a really wild kind of sandbox experience. MM

Things I’ve Learned as a Moviemaker: Antoine Fuqua
Pieces of Work: Marc Turtletaub on Moving from Producing Indie Darlings to the Director’s Chair for Puzzle