In MovieMaker’s Complete Guide to Making Movies 2017 issue, Adam Coplan posits that when it comes to finding sources for script ideas, Stephen King’s Dollar Babies initiative is a gold mine.

In “The Adept Adapter,” he writes:

… you could become one of Stephen King’s infamous Dollar Babies. The prolific author offers one-dollar options to some of his short stories. A list of available titles and the process to apply for an option is posted on stephenking.com.

James Douglas, a Canadian actor-director based in British Columbia, seconds the motion. Douglas, who by day is manager of visitor experiences and public relations at Barkerville Historic Town & Park near Prince George, BC, is also a professional actor and director with a number of performance notches on his belt in on-stage and film productions. (Barkerville, an old gold-mining town from the mid-1800s, serves now as a living museum of buildings and costumed actors from 150 years ago. Despite its relatively remote location, Barkerville attracts thousands of visitors annually, who enjoy gold panning, stagecoach rides, a meal at the Wake-Up Jake Restaurant or a tour through one of Canada’s oldest Chinatowns.)

Two days before Coplan’s story posted, in fact, the organization responsible for granting the rights to King’s short stories had informed Douglas that he had the go-ahead to produce a non-commercial adaptation of the story “The Doctor’s Case.”

The short story originally appeared in a collection of Holmes-themed works written by 16 mystery writers in celebration of the 100th anniversary of Arthur Conan Doyle’s creation of Sherlock Holmes. King’s story presents an opportunity for Holmes’ cohort, Dr. John Watson, to solve a case.

“I’ve been a Stephen King fan for as long as I can remember,” says Douglas. “I’m also a Sherlock Holmes buff, and when I read ‘The Doctor’s Case’ in the King anthology Nightmares & Dreamscapes years ago, I thought it would make a terrific film.”

The story is a locked-room murder mystery with an Agatha Christie-type twist ending. When Douglas learned of the Dollar Babies initiative, he sent off an email containing the requisite short outline of how he would approach the project.

“The Dollar Babies website suggested that it would be weeks before I received an answer,” says Douglas. “Imagine my surprise and delight when I got the go-ahead by email two days later, on November 14.”

Douglas is still reeling from how quickly and positively his submission was accepted. As he mentioned to host Carolina de Ryk of the Canadian Broadcasting Corporation (CBC-Radio) program CBC Daybreak North: “I feel like I walked in to buy a used car at a car lot and walked out with a Ferrari!”

There are strict rules that apply to the arrangement. The film must not be used for commercial purposes—no public showings for profit, no selling of DVDs. It can be part of a not-for-profit film festival and can be included as part of the director’s portfolio, but King’s primary purpose is to give fledgling filmmakers a hand up, just like he was given at the start of his career.

“One other stipulation is that Mr. King has to be paid a dollar for the rights,” says Douglas. “Needless to say, I had that one U.S. dollar in the mail to him as soon as I could get to the bank and the post office.”

Another positive requirement of the deal is that a DVD of the finished product must be sent to King. There have been instances in the past where the prolific author of mystery and horror stories has been pleased by what he saw, and his approval has kickstarted a neophyte director’s professional career. For instance, director Frank Darabont—who has helmed such King-driven blockbusters as The Shawshank Redemption, The Green Mile and The Mist—got his Dollar Babies wings with an adaptation of “The Woman In The Room” when he was 20 years old.

As King revealed in his introduction to the published shooting script of Shawshank: “Around 1977 or so, when I started having some popular success, I saw a way to give back a little of the joy the movies had given me… Over the objections of my accountant, who saw all sorts of possible legal problems, I established a policy which still holds today. I will grant any student filmmaker the right to make a movie out of any short story I have written (not the novels, that would be ridiculous), so long as the film rights are still mine to assign.”

Once Douglas’ euphoria subsided a bit, the realization hit that he now had to find the funding and the personnel to pull off the film.

“The night sweats set in as I realized the enormity of what I had taken on,” he says. “Luckily, things started to fall into place once news got around that the project had been given the green light.”

For instance, Douglas had struck up an acquaintance over the past few years with actress Denise Crosby, who starred in the King movie Pet Sematary and played Lt. Tasha Yar on Star Trek: The Next Generation. They had met a couple of times in British Columbia when Crosby was a guest at a couple of fan gatherings in Canada’s westernmost province. 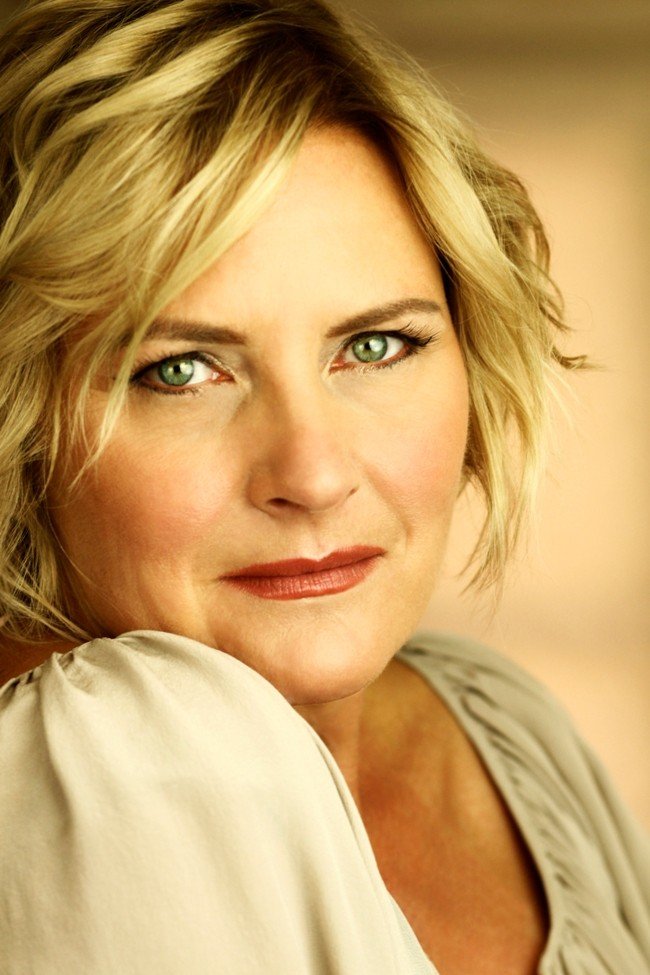 Actress Denise Crosby who will star in “The Doctor’s Case”

Douglas sent Crosby a Facebook greeting and informed her of the project. When she expressed an interest in getting involved, Douglas and his producer Norm Coyne flew to Los Angeles to explore the possibility and received an enthusiastic response. Crosby will play a pivotal role Douglas has written especially for her. (He has license to expand upon the King story, adding new characters and twists that he feels will advance the plot.)

Also happily jumping on board is actor Michael Coleman, whom Douglas had worked with on theatrical projects in the past. Coleman’s many roles include Happy on ABC’s Once Upon A Time. He has agreed to portray the Watson character. A bit of welcome nepotism took place when Douglas’s cousin, Joanna Douglas (All the Good Ones are Married, Canadian TV series Being Erica), also accepted a part in the film.

But just like Napoleon Bonaparte’s bromide that an army travels on its stomach, Douglas is all too aware of the fact that a film succeeds or fails depending on the funding it’s able to attract.

“A number of corporations, individuals and not-for-profit organizations—including the impressively gothic Craigdarroch Castle in Victoria, B.C. where many of the scenes will be shot—have rallied to our call for assistance,” says Douglas. “And one of the most important sources of funding, we’re confident, is our Kickstarter campaign.”

The campaign (with a goal of $30,000) is currently active, running through the month of February. All levels of donations are named after a Sherlock Holmes story. For instance, the $25 level is called “The Red Circle;” donors will receive a limited-edition poster of the film signed by Douglas, complimentary membership in The Doctor’s Ward where they will receive exclusive production updates, a weekly newsletter and front-of-the-line notification of the celebration party, and complimentary screening of “The Doctor’s Case.” 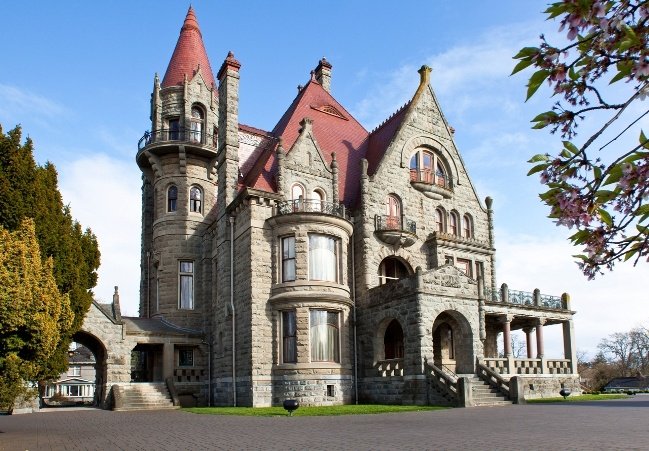 Craigdarroch Castle in Victoria, B.C., which will be a location in the film

Anyone who has recently won a lottery and would like to achieve their lifelong dream of helping fund a movie, says Douglas, is welcome to pledge $10,000 (“The Hound of the Baskervilles”) and receive:

While Douglas will be busy over the next few months, to anyone who emails him at [email protected], he promises to give his best shot at answering questions about Dollar Babies and/or his Kickstarter campaign.

For more information on the Kickstarter campaign for “The Doctor’s Case,” visit the film’s website. MM

Tom Douglas is a Canadian entertainment writer who previously contributed an article about the Charlie Chaplin museum Chaplin’s World. He is also the proud father of James Douglas.