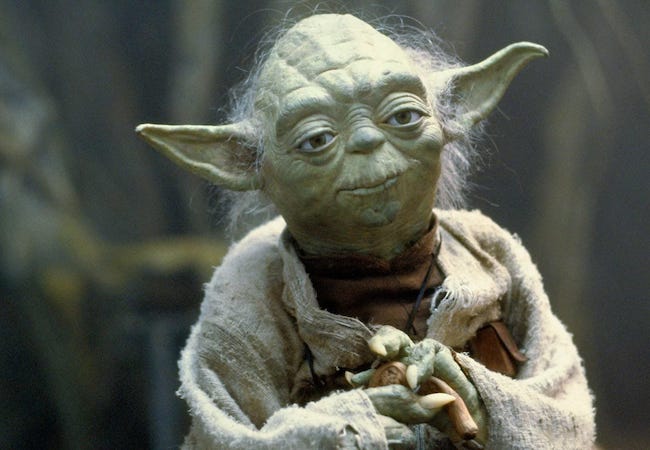 Star Wars is back in theaters with another blockbuster episode, The Rise of Skywalker, and at this point, it’s a safe bet to assume this franchise will keep going, and going, and going until the end of our civilization. Box office analysts will give you plenty of conventional reasons why Disney can keep cashing in, but they’ll likely skim over the root of our fascination with these alien characters rebelling against an evil empire, a long time ago in a galaxy far, far away.

The real strength of the franchise isn’t all that different from what made Luke Skywalker such a strong protagonist, and it’s a force any storyteller can tap into to create the kind of enduring cinema that George Lucas launched—to the world’s total surprise—in 1977.

“The Force,” of course, is the lifeblood of the Star Wars universe, inside and out. The same concept that enabled Luke to harness the Light to defeat the Dark Side is what continues to mystify audiences around the world. But what Lucas coined “The Force” is really just an adaptation of Eastern spiritual philosophy that was gaining popularity in the West as Lucas was coming of age as a young filmmaker in the 1960s, and hanging out with celebrated mythology scholar Joseph Campbell.

Also Read: Why I Love Star Wars, by The Rise of Skywalker‘s Victoria Mahoney

The Force is a mainly a fantastical version of Zen Buddhism, or arguably a cinematic amalgamation of all religions (there are Christian parallels too), with an emphasis on a Chinese tradition called The Tao, which can be translated as The Way — now a motif heard in The Mandolorian. It’s been described as the natural flow of the universe, which is loaded with an energy force called Chi. It is, for many, the path to enlightenment, liberation, or Nirvana. This state can not be grasped or understood through words. Doctrines warn of the futility of trying to find liberation, as it is merely something that happens through the simple act of living entirely in the moment, or doing. In other words, “Do. Or do not. There is no try.”

Yes, Master Yoda has been teaching you how to get in accord with the Tao all along. And in order to do that, he advised, “You must unlearn what you have learned,” because Western culture, or our conventional reality, operates under the desire to control nature rather than surrendering to its harmony. The latter is believed to be the only way of aligning with the Tao. Like Buddhist monks, Yoda understood, “My ally is The Force. And a powerful ally it is.”

“Life creates it, makes it grow,” Yoda explains to Luke in his Jedi training. “Its energy surrounds us, and binds us. Luminous beings are we, not this crude matter.”

The similarities between The Force and Buddhism have been well documented in scholarly papers, but that’s not the point here. Star Wars and The Force are perfect proof of the power in marrying a story with spirituality and philosophy. A great film starts with a great screenplay, and a great screenplay is rooted in its core theme(s) resonating with the human experience. As beings that have a lot of trouble being content in just being, we’re always hungry for an explanation of our existence, like why we’re here, or what it all means, or where we’re going to go when it’s all over.

The most effective way to make an audience care deeply about your Hero’s Journey is to write one deeply rooted in the nature of existence. Fortunately for Lucas, and for Star Wars fans, he was mentored by Campbell—a celebrated literary professor who analyzed religion by studying the world’s vast collection of cultures and mythologies.

“My last mentor probably was Joe Campbell, who asked a lot of the interesting questions and exposed me to a lot of things that made me very interested in a lot  more of the cosmic questions and the mysteries,” Lucas said in a 1999 interview with journalist Bill Moyers. “I’ve had interest in those things all my life, but I hadn’t focused it the way I had once I got to be good friends with Joe.”

Joseph Campbell’s identification of “the monomyth” has been helping writers craft epic stories for decades. In his book The Hero with a Thousand Faces, he sums up the idea as follows:

“A hero ventures forth from the world of common day into a region of supernatural wonder: fabulous forces are there encountered and a decisive victory is won: the hero comes back from this mysterious adventure with the power to bestow boons on his fellow man”

Campbell’s “Hero’s Journey” has since been broken down by others into a more detailed structure that any screenwriter can consult, however, you won’t find “INSERT RELIGIOUS ALLEGORY.” Campbell’s observation of “supernatural wonder” throughout mythical stories can take many forms, but the true brilliance of Star Wars is taking a concept like Chi in Taoism, or Christianity’s Holy Spirit, and injecting it into the core of his cinematic universe.

“A religion is basically a container for faith,” Lucas told Moyers two decades ago. “Faith is the glue that holds us together as a society, faith in our culture, our world—whatever it is that we’re trying to hang on to.”

Yet, Lucas also said in the same interview that he doesn’t view Star Wars as “profoundly religious.”

“I see Star Wars as taking all of the issues that religion represents and trying to distill them down into a more modern and easily accessible construct that people can grab onto to accept that fact that there is a greater mystery out there,” he explained.

And grab on to The Force, they did. They grabbed so hard, the franchise spawned from scholarly lectures about the power of mythology has gone on gross well over $9 billion in theaters, and billions more in merchandise, while spawning spinoff after spinoff, and even a Baby Yoda. Star Wars is such a huge cultural phenomenon, that the fictional universe Lucas created with a big bang called A New Hope may be expanding as quickly as our own.

Campbell even called Lucas’ science fiction vision “a valid mythological perspective” in an interview with Bill Moyers, which aired as a six-part PBS series in 1988, after the professor passed away a year earlier.

Aliens, lightsabers, X-Wings and Death Stars sure are cool, but don’t underestimate the power of The Force. It’s a supernatural wonder that we’ve been contemplating our entire lives under other names, so it’s no wonder why we’re so drawn to it. Without the glue of The Force, Star Wars could have been a Flash Gordon in the pan of cinematic history.

What screenwriters and filmmakers should be wondering, then, is what existential questions can they tap into or explore in their story? George Lucas proved the bigger, the better. And remember, you don’t need a big budget to explore a big idea. Find your Force, whatever it may be, and harness that power to build a stronger story that connects with all viewers on a fundamental level.

Fortunately, for the future of cinema, Joseph Campbell is not a private resource. All of his wisdom is public and easily accessible.

“I think what we’re looking for,” Campbell told Moyers, “is a way of experiencing the world in which we are living that will open to us the transcendent that informs it, and at the same time informs ourselves within it. That’s what people want. That’s what the soul asks for. Not only to find it, but to find it actually in our environment; in our world; to recognize it; to have some kind of instruction that will enable us to see the divine presence.”

Greg Gilman is the singer-songwriter behind LA-based indie rock band Greg in Good Company, and a screenwriter who has sold two projects. His most recent horror spec, Monsters, was a Top 10 finalist in Final Draft’s 2019 Big Break screenplay competition.