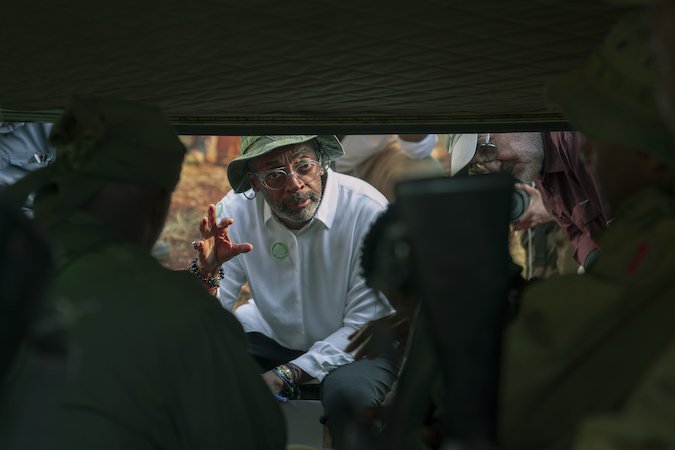 When Spike Lee arrived at New York University’s graduate film program in the early ’80s, he had never heard of Akira Kurosawa. But Kurosawa’s Rashomon was among many great films on his first-year viewing list, and the tale of differing viewpoints inspired his 1986 debut feature, She’s Gotta Have It.

Now Lee is a professor at NYU, where his students have included Nomadland director Chloé Zhao and Judas and the Black Messiah director Shaka King, among countless other moviemakers. One of the first things Lee asks his students is if they’ve seen any Kurosawa films.

But the film students of today also need to study Spike Lee.

His 1989 Do the Right Thing established him as a cinematic force, but ask fans which of his films is their favorite and you’re opening a massive debate: the transcendently influential 1992 biopic Malcolm X? Summer of Sam, 1999’s sociological study disguised as a serial killer movie? Anyone for 25th Hour? Bamboozled? Inside Man? BlacKkKlansman, for which he finally won a long-overdue Oscar? What about last year’s Da 5 Bloods?

Spike Lee granted MovieMaker a front-row seat for a wide-ranging class on what it takes to make it in movies, how crucial it is to work on yourself as a person while honing your craft, and why screaming might have a place on set. He also tells us about the time he wishes he’d listened to Wesley Snipes. —C.H.

As Told To Caleb Hammond 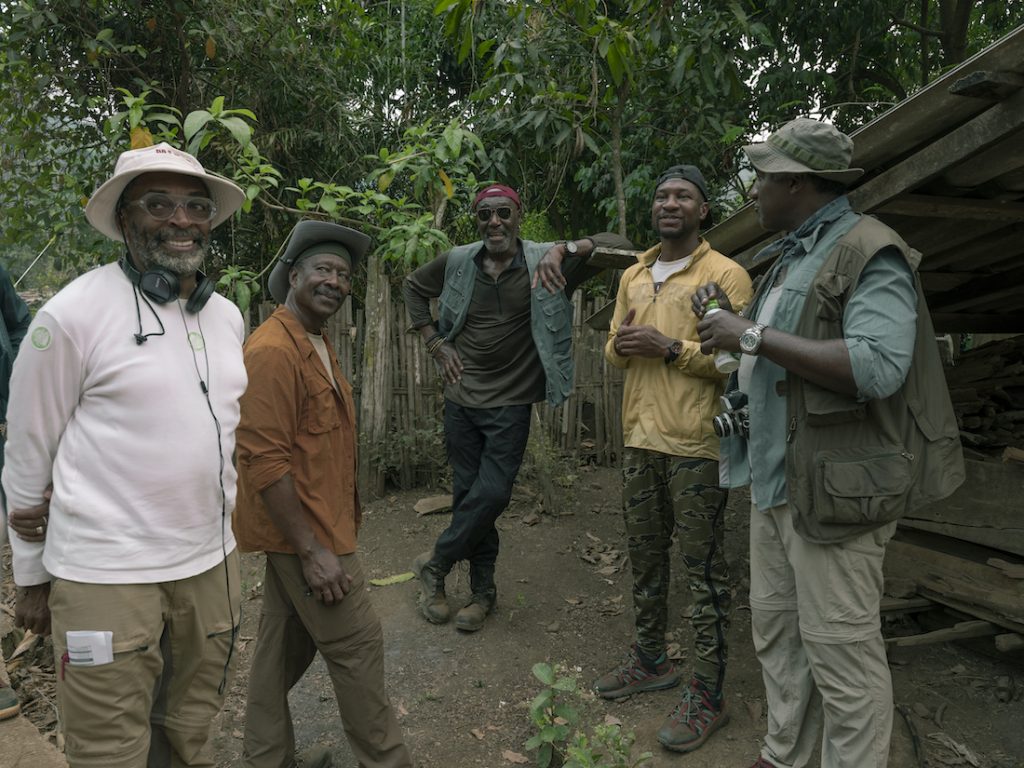 1. Get rid of all this magical mystical stuff about filmmaking. This business is hard as fuck. You have to bust your ass. If you don’t have it already, you have to develop a work ethic — a work ethic. Please don’t think that because of your film school diploma, that the phones will start ringing, and you’ll be making these big multimillion-dollar films that you’ve been dreaming about all your life.

2. Like sports, sometimes hard work beats talent. That’s not to say that you shouldn’t have talent, but the world is full of talented people, who for whatever reasons didn’t make it, whatever field you’re talking about. And one of those main reasons is that they did not put the effort in. You have to put the effort in. You’ve got to roll up your sleeves. You’ve got to attack this. You have to get that elbow grease. You just can’t sit back, chillin’, stylin’ and profilin’. No, no, no, no.

3. As a director, you do not know it all. You have to listen to people. During Jungle Fever, there’s a scene where Wesley Snipes’ character, Flipper Purify, goes to Bensonhurst to visit Annabella Sciorra’s character, Angie. Now back then, Black people did not go to Bensonhurst. Wesley said to me several times, “Spike, even though he might be in love with Angie, my character would not go to Bensonhurst. No way in hell.” I was like, “Wesley, man. I’m directing this motherfucker. I wrote this motherfucker. We’re gonna shoot it.” So we shoot this scene. Fast forward: we’re having a preview of the movie for an invited audience. That scene comes on the screen, and there’s a motherfucking uproar. “Oh, Spike! What the fuck? That’s some bullshit Spike! That shit’s fake!” I was in the back of the theater like, Ohhhh.

That was a very humbling experience to be in the packed theater with people reacting the way Wesley told me they would. And we cut that scene out of the film. That was a big learning lesson: that I was the writer-director on this, but I don’t know everything. And there are specific cases where I should have been open. I should’ve listened. I should’ve had a conversation with Wesley, about why he feels that way, instead of just shutting him down.

4. With first-time directors, crews and actors are on alert. Listen to me. First-time directors with professional crews and actors, they’re on alert to see: Does this person have the goods? And you are under the microscope. And if they see you doing some crazy shit, you lose them. And a director, in my opinion, cannot be successful if the crew and the cast don’t trust them.

If you come on the set like you’ve been doing it for 20 years, the actors and the crew, they can tell you’re “faking the funk.” Very important: If there’s something you don’t know, ask. People will have more respect for you, as a director, if you ask a question, to learn knowledge. You don’t get respect when you’re faking it like you know. You don’t know.

5. The director should be the conductor, but we’ve all got to be reading from the same piece of music. So, I’m Leonard Bernstein. And there’s the flute section, the horn section, percussion, woodwinds. We’ve gotta be reading the same music.

6. I think the directors that have more worldly experiences can be more understanding to material that’s not necessarily their background. 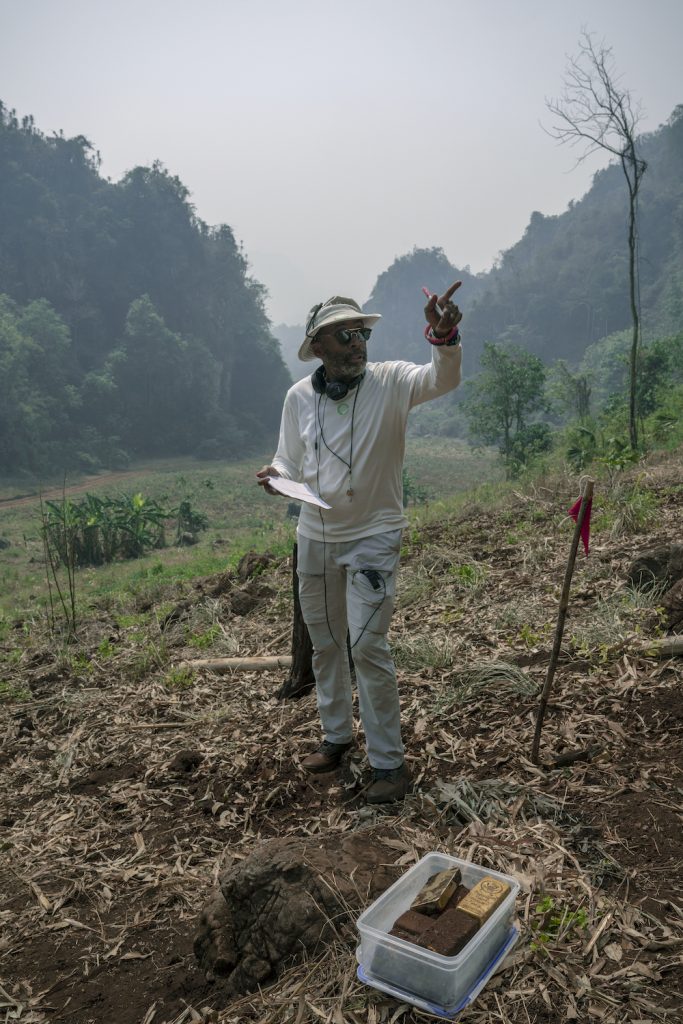 Spike Lee on the set of Da 5 Bloods.

7. There are great works of art made before you were born. Shit did not just start when you were born. First day of class at NYU I say, “Who has seen a Fellini film? Bertolucci? Kurosawa? David Lean?” And I go down the line and the majority of the hands aren’t raised. “You guys have never seen La Dolce Vita by Fellini? You’ve never seen David Lean’s epic films? Lawrence of Arabia? Bridge on the River Kwai? Doctor Zhivago? WTF!” Great films are made outside of Hollywood. Try to introduce yourself to the great masters of world cinema. And yes, some of those films might be in black and white. Or silent!

8. The bottom line is: open up. Be open-minded. Learn different shit. This is gonna help you in your development as a filmmaker.

9. For young filmmakers it’s difficult, because if you’re at the period of time where you’re an embryo and haven’t developed your voice, how do you know what your tone is? It comes down to understanding who you are as a person and what your feelings are. And listen to this: What do you want to say? For me, those are the keys. I didn’t know what I wanted to say as I got to NYU. I wanted to be a filmmaker, but I was still trying to figure shit out, trying to figure out who I am as a person.

A lot of inner work has to be going on at the same time you are learning to become a filmmaker and learning to express these feelings you have. That’s a growing process not just a filmmaker, but first trying to grow as a human being.

10. Whatever it is, tell your story. And tell the truth, as you see it. And also, if you may, if you might, talk about the untruths and the injustices in this world we live in.

11. When people start talking about rules, laws, that’s when I’m like, “Who made up these rules? Who shouted down the 10 commandments from the heavens of cinema? Who did that?”

12. It’s so important that young people in general, especially in the arts, are encouraged, because those kind words go a long, long way. You could be stuck in a rut, wondering if you’re ever gonna be successful or be able to make your next film. It doesn’t even have to be a famous person, it can come from your classmates or from your professors or teachers. “Hey, you know, I like what you did. That scene, that shot.” That stuff goes a long, long way. As I said before, this is a tough-ass business.

13. Screaming helps. I know we’re in a new-age society and all that stuff, but I think directors have a right to scream on set, not necessarily in somebody’s face, or being disrespectful. You gotta let some of that stuff go. Look, not everybody’s a screamer. But on occasion, I think some latitude should be given on a set to the director. I know we’re in a new world where any slight thing, you’re going to be possibly canceled. And again, I’m not trying to make excuses for being disrespectful.

But, directing… this shit is high-pressure. This is a high-pressure profession and not for the weak of heart. If you’ve got heart problems, this is the wrong profession.

Excuse me, ladies and gentlemen, if I make light of the seriousness of heart attacks, but directing is a high-pressure profession. And then there’s stuff that you can’t control. The pressure really comes when the studio is on your ass. Oh, that’s another type of pressure and it’s hard to do your best, when you don’t have that relationship with the studio and it becomes adversarial. No one wins like that, no one: the director, the film and the studios.

14. Blessings on set only happen when you’ve done your homework, when you’re prepared. If you’re out there fucking around, don’t know what the fuck you’re doing, you’re not gonna get blessed. The magical moments aren’t gonna happen. But when you do your homework, when you roll up your sleeves and you’re ready to do work and you’re doing this because you love it, and you feel this is your motherfuckin’ calling to be a motherfuckin’ filmmaker, that’s when you get blessed. But if you’re fucking around, half steppin’? You ain’t gonna get that blessing.

Main image (above): Spike Lee on the set of Da 5 Bloods. Photo by David Lee/Netflix. Da 5 Bloods is available to stream on Netflix.