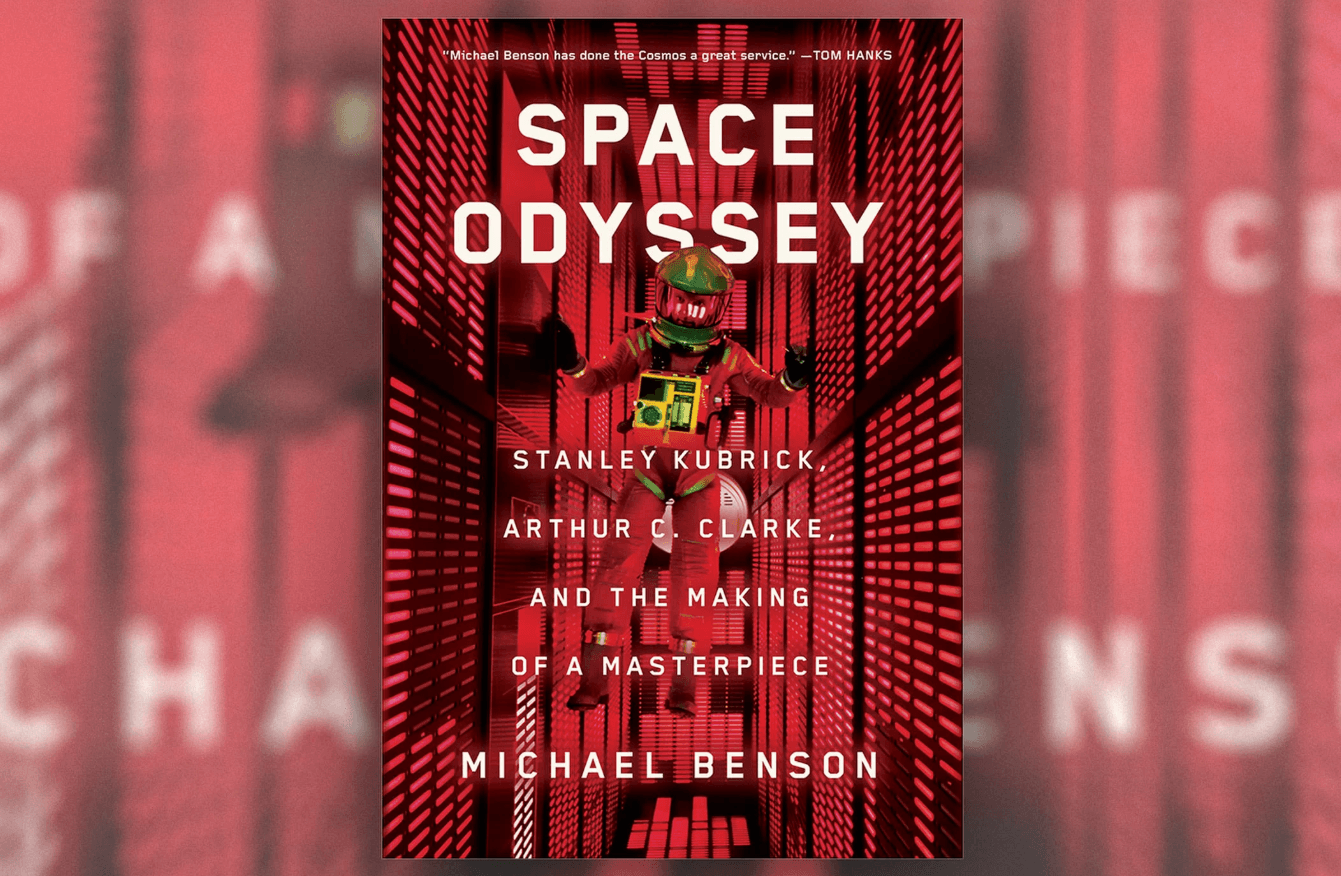 Destined to sit on the dusty bedside tables of young film students and seasoned fanatics alike, Michael Benson’s Space Odyssey: Stanley Kubrick, Arthur C. Clarke and the Making of Masterpiece is something of an academic anomaly.

What could have easily been a dry history of the making of 2001: A Space Odyssey is instead an anecdotal rear window into the beautiful minds behind a beautiful film. Space Odyssey spans an expansive timeline of events that’s analogous to the straightforward title the book warrants. Benson outlines traditional aspects of the filmmaking process behind 2001—from inception to pre-production and production to its modern influence—using the ripple effect of the film’s storytelling as a measure of its impact on film history. There are so many intriguing bits peppered throughout Space Odyssey that it feels like a footnote when Stanley Kubrick shoots the breeze with 2001 co-writer and novelist Arthur C. Clarke over an especially existential dinner. Or, say, when Carl Sagan and Allen Ginsberg show up for cameos in the moviemaking partners’ lives.

That such subtly dropped snippets often creep up throughout this meticulous account make it an especially enriching read for moviemakers—a proverbial fly-on-the-PA-headset of your favorite director’s production. Benson’s breezy, conversational telling of the Kubrick/Clarke relationship at times begs the question of whether it could, and should, be adapted for the screen itself—as dramatized Oscar-bait or, if we’re lucky, as a screwball comedy. It’s as heartwarming as it is insightful, providing an authentic, if not idyllic, example of how to establish and maintain healthy collaborative relationships. Ultimately, Benson’s snapshot of the two co-writers’ creative one-two punch champions teamwork over the notion of “singular” film authorship.

This feat of novelistic nonfiction consolidates everything you could ever care to know about the making of a modern classic. More importantly, it’s an essential read for moviemakers at any stage in their career, covering everything from the ideation of the script to the cumbersome genius of good set design to the grueling lessons artists learn when their instincts go to war with poor critical reception. Film students, take note: You’d best read it now—Space Odyssey will be on your syllabus faster than a femur can match-cut into a spaceship.

Like Brothers: Mark and Jay Duplass Explore Their Fraternal Filmmaking Bond in New Memoir
Embracing Your Inner Masochist: WIP Your Project Into Shape With Work-in-Progress Screenings