‘Southland Tales Will Always Be My Favorite’: Richard Kelly on His Divisive Donnie Darko Follow-Up, Casting The Rock, and Plans for a Six-Hour Version 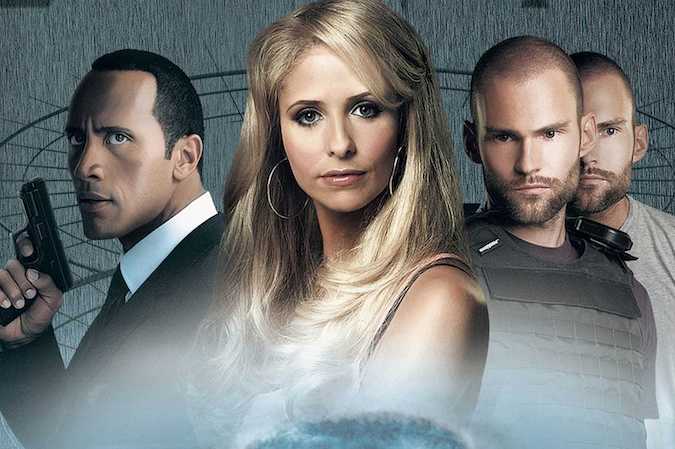 The film flopped. But that hasn’t changed Kelly’s love for it, or his determination to keep telling the story of Southland Tales.It has gained a devoted following since its release, and has proven prescient not only in Kelly’s gift for casting stars on the rise, but for his predictions about our image-obsessed culture.

Kelly spoke with Eric Steuer about the making of the film fifteen years ago, while he was making it. In the latest MovieMaker podcast, they reunite to talk about how Kelly continues the story of Southland Tales — not only by discussing its origins, but by expanding on the universe he created long ago. You can listen on Apple or Spotify or above. 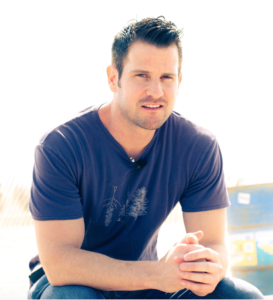 One of the hooks of Southland Tales was that it would play out not only in a nearly three-hour film but online and in a series of graphic novels. Far from abandoning that idea, Kelly continues to build on it, after all this time. He still plans to super-serve fans of Southland Tales with a six-hour version.

“This film has always been near and dear to my heart,” Kelly says on the podcast. “It’s going to always be my favorite film, no matter how many I end up directing in my life. Southland Tales will always be my favorite film. … It’s one of those things you only really get to do probably once in your career, take a big risk like that, with this big, huge, sprawling material and getting all these actors to come in.”

Kelly was invited to screen the film at Cannes, before it was completely finished, and was disappointed by the hostility from some in the audience. Roger Ebert called it one of the worst screenings in Cannes history. Boos and walkouts helped create a narrative that Southland Tales was a failure.

“We felt like we were doing something that was like a once-in-a-lifetime chance. I was 30 years old when I directed this movie. Those are sort of risks that you end up taking, I think, when you’re younger. Whether the risk pays off, or whether the risk makes your life more challenging, I will never regret making this film. It’ll always be one of the most joyous experiences I’ve ever had. And we’re still talking about it, and there’s a chance we can potentially do something really big and exciting with it.”

That includes releasing a brand-new Cannes Cut, giving fans a chance to re-evaluate the film that festivalgoers saw in 2006.

Kelly’s career exploded when he released Donnie Darko right out of college — it was nominated for the Grand Jury Prize at the Sundance Film Festival and Best First Feature and Best First Screenplay at the Independent Spirit Awards. Southland Tales screened in competition at Cannes. His latest feature was 2009’s The Box, with Cameron Diaz, James Marsden, and Frank Langella. He has several other projects in development — including the six-hour Southland Tales cut.

Southland Tales is also a time-capsule of early aughts rising stardom, and Kelly cast the film with a fascination for pop culture and its influence. He also wittily anticipated our collective obsession with personal branding.

But the biggest name would eventually prove to be The Rock.

“I had this wonderful meeting with Dwayne,” Kelly recalls. “We were in Venice Beach, where I lived at the time. And Dwayne used to work out at Gold’s Gym in Venice Beach, and I went to the gym as well. And so we both met right next to Gold’s Gym at this restaurant called the Firehouse, where they have these big bodybuilder breakfast meals and everything, and he ordered the biggest steak I’ve ever seen anyone order, and then like a gigantic bowl of broccoli.

“So I’m sitting here watching Dwayne just devour this gigantic meal after having worked out at Gold’s Gym. I had all my visual presentation for him. I had like MegaZeppelin schematics, and all sorts of visuals to show on the world of Southland Tales. And he was just immediately engaged and excited. And I just thought, ‘This guy is one of the most exciting actors I’ve ever met. I think he’s a gigantic movie star.’ And I was just so excited that he was ready to come make this crazy movie and to play Boxer Santaros and listen to all of my complex direction about the schizophrenic nature of the character, about Jericho Kane and his screenplay, and, you know, all the little facial movements.

“He is fearless. And he’s not afraid to take chances and to try new things, and to kind of do really off the wall comedic stuff,” Kelly adds. “And he was the only person who could have played that role.”